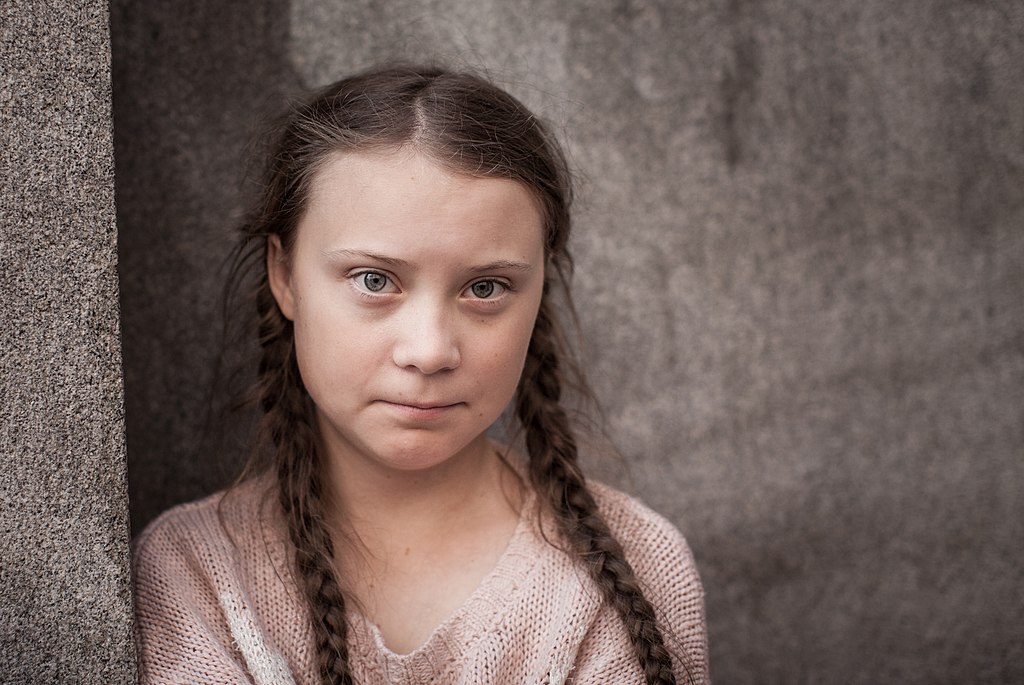 Autistic people aren’t allowed agency. We just aren’t, especially not when we’re young. We are “pushed” by parents and other influential adults, we are “transed” (turned transgender, because that’s a thing anti-trans activists fear), we are a “patsy” for someone else’s agenda. We are only inspiring if we don’t inspire you to change anything or do something you didn’t already want to do.

Clearly, it is correct to mock Ed Miliband for looking at climate campaigner Greta Thunberg in awe, because she’s 16 and autistic, and can’t possibly have anything of value to say. Her mum was on Eurovision, so the Guido Fawkes team can go after her as “privileged”, the way they have attacked so many young women before her.

We are also sacred cows. In the minds of the baying commentariat, to defend one of our number is to suggest that no autistic person should ever be criticised – even if the criticism is all ad hominem attacks. Greta Thunberg is, as one account has it, “the Joan of Arc of climate change” and apparently cannot be challenged without hysterical outrage. All the professional controversialists wanted to do, they say, was correct a couple of facts. Except it wasn’t her demands or statistics being challenged. It was her humanity.

To speak with authority and without equivocation as a woman is bad enough, as a young one worse; as an autistic young woman it is beyond the pale. “Post-democratic”, in the words of Iain Martin, because Thunberg said she spoke for future generations – a rhetorical tool praised when used by older men. Clearly, she should have apologised for herself and hedged around it more, not made bold claims, even though talking like that is not logical, not useful, not clear, and therefore just plain awkward for an autistic person to do.

There they are, the usual living clickbait, less the right-wing commentariat than the boneless banquet of manufactured opinion. There’s Toby Young, having a rant, approvingly tweeting a Spectator column from Ross Clark that rips Greta Thunberg apart. There’s the aforementioned Iain Martin, furious that Thunberg has a voice.

The greatest, or rather least, of all these is the ever-reliable Brendan O’Neill of Spiked, the man at the top of the media’s contact list because he will have a contrary opinion on anything for a small fee and a cab ride home. If there is news, he’ll do a column talking offensive nonsense about it.

When O’Neill describes Thunberg – “cult member”, “monotone voice”, “apocalyptic dread”, “chilling”, “pre-modern” – and those around her, who apparently “detest mass society” – he is not only personally attacking a teenage girl. He’s pretty much listing the symptoms of autism and his defenders are going for plausible deniability, as they do with all their dogwhistles.

Flat affect? That means our faces show little or no emotion, often when we are actually incredibly distressed. To someone ignorant, that appears chilling, horrifying, or bored. Unable to modulate the tone or volume of our voices, especially at times of high anxiety? Oh, that’s the monotone voice, the signal to other autistic people everywhere.

Every autistic person can tell you about times when non-autistic people have bullied, rejected or ghosted them on the basis that they are too weird, intense, boring, tenacious, too attached, looking too much like they’re copying someone. And every time those non-autistic people will swear blind it had nothing to do with disability, and that it’s not fair to play the autism card.

Non-autistic people tell us that it’s convenient that – as researchers across a range of disciplines have shown – our “functioning” (able to appear or act ‘normally’) levels vary from hour to hour, never mind day to day or context to context. “I know you can do it, so stop pretending.”

They also try to deny our very real level of impairment, both by society and by our own brains – we don’t want to be anxious all the time or unable to tolerate sensory stimulation, thank you. Our non-verbal siblings and friends with learning disabilities are autistic, and we are also autistic. It’s not “quirkiness” for us and “a disability” for them.

Autism is not in itself an intellectual impairment, they just often co-exist. Lots of us struggle with toileting and education, that’s not the autism. Lots of us have epilepsy, that’s not the autism. A lot of us are dyspraxic, have cerebral palsy, are trans or gender variant, or all kinds of other conditions, because there are a lot of us, and lots of us have autism and something else.

Greta Thunberg called her autism a “gift”, and while not all autistic people see our condition like that, I know what she means. It brings strengths that can both be harnessed by us and used against us. She wouldn’t be so clear-headed or tenacious without it. She wouldn’t have done nearly as much research into this, her special interest.

Thunberg wouldn’t have built her movement without using social media, a boon for many autistic people, with our social disability and frequent isolation. It’s OK to be an activist who acts mostly online or near your house or school, it’s not laziness, and it’s fine to have parents or friends with you to support you. That doesn’t mean they’re making you do anything.

If you saw more autistic people on TV and heard us more on radio, if you read us more, if more of us got to speak and write about things other than our autism and our struggles, you would know that while Greta is amazing, she’s not a savant and she’s not unique. She doesn’t look or sound unusual, though autistic people are a pretty heterogeneous bunch. She looks and sounds autistic, and that’s not a bad thing.

The Social Review Podcast Episode 55: Weight of the Nation