Part II: Arguing from values: what Labour’s centre-left can learn from the new social media landscape

The first part of our interview with New Statesman political editor Stephen Bush on how social media has changed the political landscape covered the effects it had on the last two Labour leadership elections and the last general election. In part two, we discuss what the centre-left in the Labour Party can learn from it. The following transcript has had minor edits for length and clarity.

TYRON (TW): After two leadership elections and one general election, the left of the party obviously now has a huge amount of experience crafting their messaging and organising on social media to get it out there. Thinking now from the perspective of the centre-left: in terms of messages that can help it win back the Labour membership, was the People’s Vote campaign the best choice as the way forward for that, or not?

STEPHEN (SKB): I’m going to cheat a little bit and answer a slightly different question first. The People’s Vote campaign has a lot of problems, but one of them is this strategic confusion at the heart of it. Is it primarily a project to prevent Brexit? Is it primarily a project to facilitate the successful exit of MPs into The Independent Group? Is it a programme to rehabilitate the Liberal Democrats? Is it a way to facilitate the argument that Scotland will only ever be frustrated within the United Kingdom? Or is it a way for guilty Cameroons to exorcise their guilt about what happened in June 2016?

The answer is, of course, all of them. But this makes it tough to assess the People’s Vote campaign. On the one hand it’s easy to conclude that it’s terrible. On the other hand, when you look at the number of different actors involved, the number of interests they have, and the fact that they started with a basically impossible ask…we’re here three years later, still haven’t left the EU, and it’s still possible they could get what they want, so you could go the other way and conclude that they’re actually good. But they’ve got a central problem of incoherence, that it’s impossible to free yourself from in any umbrella cross-party campaign.

TW: And broadly, where do you think the centre-left are now?

SKB: In terms of the centre-left within the Labour Party, they have a problem where they’ve learned from Corbyn. But they haven’t learned from Corbyn in 2015. They’ve learned from this embittered, unpleasant, opportunistic, attritional, “we’ll just stink out the joint until you all die out” Corbyn in 1994 or 1985, at a time at which political success was a long way away. Whenever someone says “I’ll be as loyal as Corbyn was to Blair in 1994”… I don’t know if you noticed, but the Labour leadership had to intervene to prevent local members deselecting him because they didn’t like him being disloyal. Seeing as this Labour leadership is not going to intervene to protect you, that probably isn’t a good political strategy.

Equally, an interesting organisational challenge that social media seems to have thrown up – and it’s a very small data pool, so this could turn out to be completely wrong – is that looking at successful political movements around the world, what happens on social media is that they cohere around a prime minister or presidential candidate. They do not very easily port over to the preferred successor.

TW: There’s always something that flakes. People don’t quite think they’re as good as the old one – normal people will say things like “I don’t like that McDonnell, I really like that Corbyn” for reasons that aren’t necessarily obvious.

SKB: Yeah, exactly. So it is very hard to assess the success of centre-left strategies until the circumstances of the next internal contest have been revealed. I think that’s one where it’s just too early to say.

TW: Do you think running hard on Remain is the likely best way is to the heart of the membership in that regard? Otherwise, it doesn’t seem like the centre-left has that many winning arguments.

SKB: I think we just have to understand that, from the position of a well-informed outsider, we literally don’t know the circumstances of Labour’s next internal election.

TW: What’s the best single transferable strategy for winning back the Labour membership?

SKB: If I were in the business of trying to get the centre-left in Labour to win again, my advice would be: start first with what it is that you actually believe, and work out how you can persuade people. The 2016 leadership election is a fascinating example of that.

The subtext of the 2016 Smith vs. Corbyn leadership election was essentially parliamentary democracy: the rights of MPs versus party members. But you can’t point to one speech, one argument, or one point from a backer of Owen Smith’s campaign which ever explicitly made the not-unreasonable argument: “The people who work in politics every day, who read the papers, who work with this guy, are better qualified to judge who the leader of the parliamentary group should be”. It’s the first Clause of the Party rulebook. But no one felt able to actually make the argument.

That’s the fascinating thing about Labour compared to say, Plaid Cymru’s leadership election last year. Ultimately the subtext and text of that contest was “I don’t think that Leanne Wood can win, and she’s not putting us on a trajectory to growth and success”. It was also a much more painful topic because they all knew each other. They didn’t have a personal animus against Leanne, but they were all essentially running on a ticket of “we think you’re crap”, where it was explicit.

SKB: The Labour Party can only discuss these things like it’s a very reserved family. They do a kind of “I’m angry about X!” act, where you think…is that really the problem you have here? A lot of the subterranean criticism of Corbyn is that people think he’s an illegitimate candidate to be Prime Minister. But it manifests itself in arguments like “how dare you have a reshuffle…where you put your preferred people into their positions”.

I think the only way the centre in the Labour Party is going to succeed, whether it is outside or inside the institutions of the Labour Party, is if it fundamentally makes an argument from its values. Because if you don’t make an argument from your values, you can’t persuade or rally anyone to your values. Once you’ve done that, you can also make opportunistic arguments like “oh, the thing about austerity is it means police budget cuts”, as Corbyn did in 2017. But to do that, you have to start from the point of selling people on the idea that austerity is bad.

The essential problem is that no-one in the Labour centre-left wants to make the explicit argument from value, other than the people who have decided that the prudent thing to do is have a period of silence. The difficulty, and the rod Corbynsceptics have created for their own backs from 2015 to 2016, is that they created this entity called ‘the PLP’. There really is no such coherent body.

SKB: They have this situation where the perceived tactic of the centre-left within the Labour party is set until the next leadership election, when perhaps a leadership figure can emerge. Until then, it will always be set by the least tactically able and most stupid member of the PLP, because they have created this thing called the PLP. The PLP now is going to be whoever decides to stand up and say “I know last week I was saying that the problem was that Corbyn isn’t tough enough on immigrants – but actually we should stay in the single market!” – it’s just like, well, pick one…

TW: Are there many MPs on the centre-left who look like they are going back to starting from their values and starting to make arguments from there?

SKB: The weird tragedy of it is there are actually loads of MPs who are quietly doing this. And yet the commentary’s always like “yeah, there’s no ability”. It reminds me of a brilliant tweet, which was on the lines of, “so much of political discourse is someone finding some idiot with eight followers on Twitter who has the opposite opinion from them, and going ‘this is what socialists think, this is what centrists think, this is what liberals think’”.

TW: Like the Daily Mail stories where you can literally see the search bar in the screenshot.

SKB: Yeah – “now millennials hate Friends”. I mean, do they? Is that really true? And I think the thing is that the average centre-left politician is like the average millennial in that regard – watching Friends going “gosh, this is funny, but wow, if your friend met Ross you would quietly be like ‘maybe you shouldn’t go out with that guy’”. They aren’t this extreme example that’s being held up as an example of the whole group.

TW: It isn’t particularly helpful if you are a centre-left MP that’s trying to win over the membership.

SKB: I think the thing of course that it is important to remember, however, is that most Labour members aren’t on Twitter.

TW: Most of them are fifty-somethings who like going on marches, do their own knitting, work in the public sector, et cetera.

SKB: Most Labour members have never read the New Statesman. Some might even confuse it with The Economist. Most of them probably think Novara is an ice-type Pokemon.

TW: People are not Very Online.

SKB: Yeah, people are not Very Online. And it’s quite easy when you are Very Online to kind of convince yourself that online debates are reflective of the discussions people are having offline. I mean, the ur-example of that is the Democratic primaries. If you look at any poll, Democratic voters like all of the candidates. They’re not opposed to any of them.

TW: And they’re not paying a huge deal of attention at this point.

SKB: Yeah. They look at them and they’re like, Bernie seems nice, Joe Biden seems nice. What’s her name? California senator, she seems nice. Oh, that mayor guy, he seems nice. That’s the actual level right now for people who will genuinely decide the Democratic candidate. And yet you have a bunch of people online who are mired in a bitter fire-fight against various candidates. They’ve all really convinced themselves that their Twitter feed is consequential in terms of the primaries.

But of course, they aren’t. It was the same in 2016. You had a bunch of people locked in a fire-fight, but you had an essentially impregnable group of largely ethnic minority voters who quite liked Bernie, really liked and trusted Hillary Clinton, and basically went “okay, he’s a decent guy, doesn’t really seem to speak my language, I’m going to vote for the person I planned to vote for at the start of this process”. The weird shouting was not only entirely irrelevant, but also created the idea that it was a close, attritional, very bloody conflict.

Part 3 of the interview with Stephen Bush, on how social media has changed election strategies, the upcoming European Parliament elections and what the future holds for the Liberal Democrats and Change UK, will be published on Wednesday. 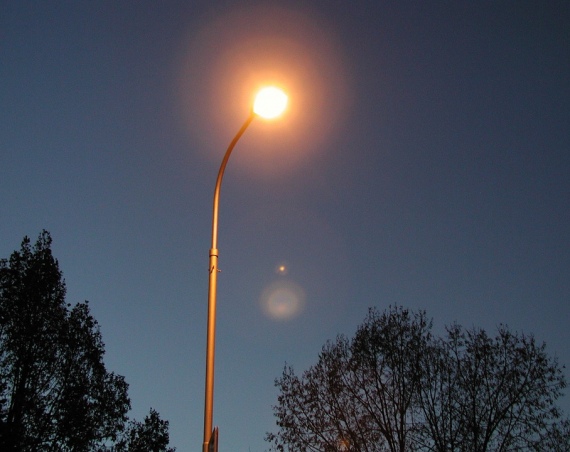 Stay Out Late: On the History and Politics of Night Walking