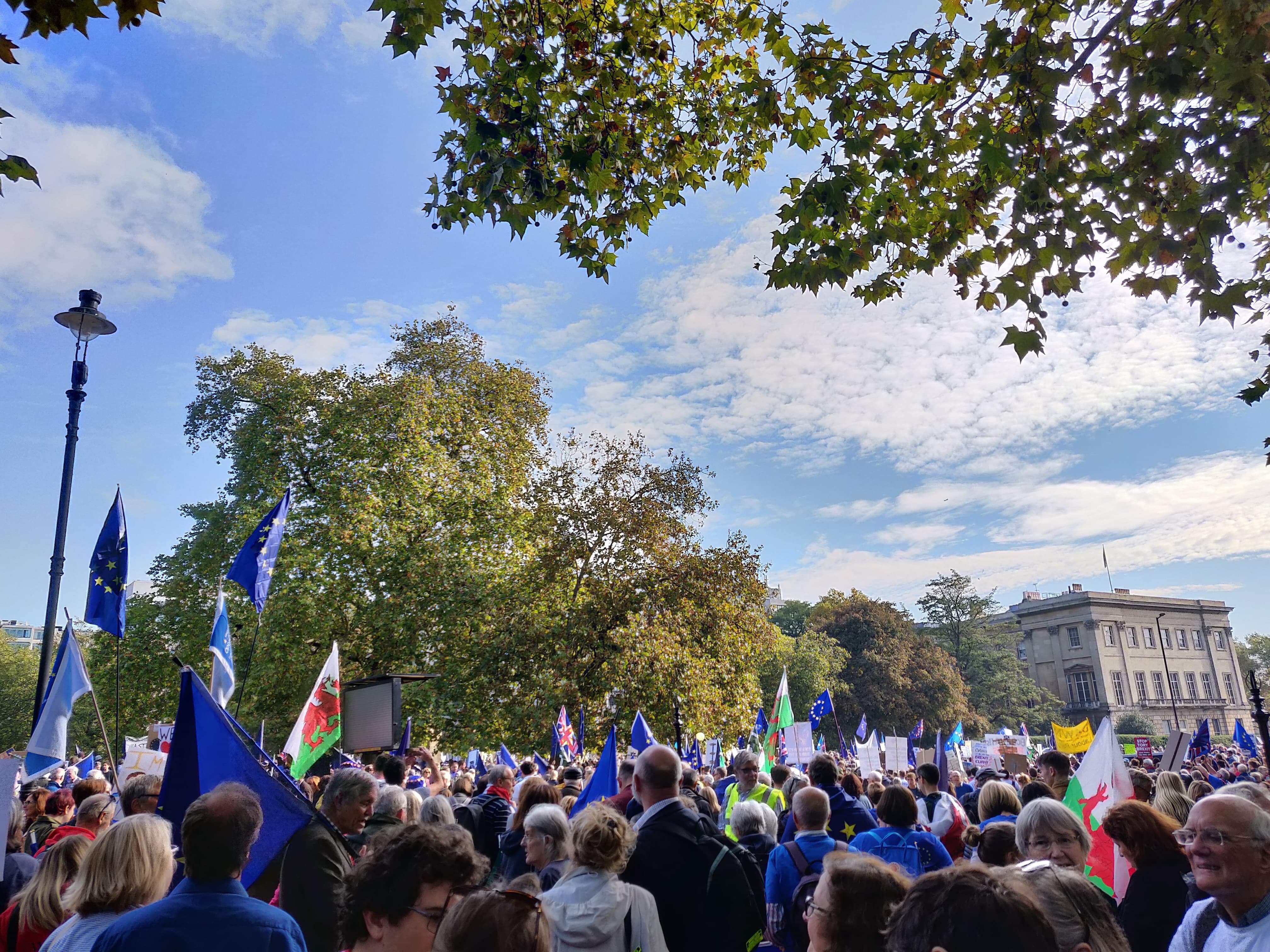 The East of England is a region close to my heart – I’ve lived in Norfolk more or less all my life, and I’ll be voting here in a few weeks since I go to university in the constituency as well. This pretty much sums up the problem with any coherent analysis of the region as a whole; what, exactly, does true-blue rural Norfolk have in common with leafy liberal parts of Cambridge or Bedford? That is, at the very least, the best excuse I have for the fact that I don’t really know what’s going on here. On the bright side, however, I’m writing this after some truly stunning local election results in the region, which suggests to me that nobody else has a clue anymore either. In other words, despite its dominance by the Tories in Westminster elections (with 49 of the 58 seats), I think there’s a possibility for this region to be a lot more interesting on 23rd May than might be expected.

It feels inevitable that Nigel Farage’s new vehicle will dominate the conversation in the region, and since 4 of the 6 most Leave-voting areas in the country are within its boundaries (the two exceptions, incidentally, are just across the Wash in Lincolnshire) the Brexit Party looks extremely well-placed to convert that attention into a poll-topping performance. This is something of a spiritual home for the party, in fact, which has its chairman Richard Tice atop the list here and which was originally registered to a farmhouse in Norfolk. More importantly, the party also clearly seems to be the spiritual heir of UKIP and its voters, who won the region by almost 100,000 votes last time. If Farage and co can capitalise on their strong brand to establish themselves as the only true Brexit show in town, they almost certainly have a winning ticket.

Equally, however, the East’s UKIP have refrained from the temptation to plop any racist gamers on their candidate list, which may help them avoid some of the reputational tarnishing they could get elsewhere in the country. Their selection is admittedly not lacking for racism, seeing as lead candidate Stuart Agnew was Anne-Marie Waters’ running mate in her bid for the party leadership, but the fact that he’s been an MEP for ten years suggests this old-school kind of bigotry is depressingly normalised. All that said, I fundamentally can’t see UKIP doing well here, given the loss of any real media attention and the disintegration of their doggedly effective local infrastructure. They have been getting around about 4-7% in recent national polling, and while I wouldn’t be totally  shocked to see them outperforming that here by just enough to keep Agnew his seat,I don’t think they can manage more than that.

Five years ago, the Tories were knocked off the top here for the first time since the constituency was created in its current form in 1999.  This time, the picture looks even darker for them – and by a long way, too. Back then, they secured 24% of the national vote; right now, polls are suggesting they’ll get 13-17%. The local results, meanwhile, were almost farcically bad for them in the region. The Lib Dems somehow overturned a 45-seat majority to capture Chelmsford council, while a residents’ association took over Uttlesford, where the Conservatives went in with 23 seats and came out with 4. I’m not just listing this litany of woes because I find it funny, although I do, but because the Tories actually managed to exit the 2014 European elections with 3 seats – the same number as UKIP. I don’t pretend to any expertise on the D’Hondt system but they seem to have won those seats with 148,856 votes per seat, only just enough to hold off Labour and the fourth-placed Greens. It seems vanishingly unlikely they can keep that position, and the strong possibility of cannibalisation from both UKIP and the Brexit Party makes me suspect  they won’t even hold on to their second seat. The Tories have racked up somewhere between 425,000 and 500,000 votes in every election this region has had, suggesting that they do have a loyal and constant support base, but even a slight dip in enthusiasm from those rural voters could prove paralysing here. Their failure in office to implement any policies to address the region’s long-term problems – like collapsing social care in the UK’s second-oldest district (North Norfolk), or a bleak economic picture in its most deprived area (Jaywick in Essex) – makes it hard to see where that  enthusiasm could come from.

For that to happen, however, I think Labour will need to at least hold steady on their numbers from the last election. Their 271,601 votes only netted one MEP then, but it does leave them breathing down the Tories’ neck. I would expect them to do a tick better than last time, in part given some optimistic national polling but much more because of the local results. Here in Cambridge, Labour has maintained its dominance by winning all nine seats it was defending, and it padded its majority with two gains in Ipswich. At the very least, their current seat is safe, buttressed by the leafy university cities of Cambridge and Norwich. The narrative of Labour-in-big-cities clearly needs a bit of nuance in a region which simply doesn’t have any big cities, and the party is showing signs of recovery in dormitory towns like Harlow and Hemel Hempstead, which they lost in 2010 and 2005 respectively. My cautious prediction, however, is that they won’t do quite enough to grab a second seat; I think they will lose a fair number of votes to the Brexit Party from the region’s quintessentially depressed, and distinctively old, coastal towns like Great Yarmouth. Meanwhile, although they’re clearly not draining anywhere near enough urban Remainer support to threaten Westminster seats like Cambridge, I think they will see just enough of those votes shift away to smaller pro-Remain parties to fall short. While losing council seats in Norwich to the Greens doesn’t make a jot of difference to their thumping majority there, it does suggest a building pressure which this Labour Party seems ill-equipped to respond to.

And on that note, the possible Green breakthrough we saw in the locals could make a world of difference, especially since it seems to suggest effective campaigning focused around Brexit and climate change – two issues which are only going to get more prominent as the elections near. The unkind might suggest that the Greens are summed up by the fact that their top two candidates here are both Oxbridge-educated UEA philosophy lecturers, but I think their path to success may lie in stories like that of their fourth candidate, Fiona Radic, who got involved in politics through campaigning against an incinerator project in Peterborough. In a fiercely locally-minded and rural region, this kind of environmentalism can hit close to home. They also don’t need to improve all that much on their 2014 performance to claim a seat here, and a region which has always been high on their target lists will be firmly in their sights.

But perhaps no other party will be as energised and as upbeat right now as the Lib Dems. Last time out, against the backdrop of the dog days of the coalition, they unsurprisingly collapsed, shedding half their vote and plummeting from third to fifth. From that base they can hardly do anything but recover, but it’s increasingly looking like they will do a lot better than that. It seems they have genuine strongholds to work from now, and they do feel like a natural home for the 43.5% of the region’s voters who backed Remain in 2016. Hertfordshire and Essex offer enough London exurbs to provide them with a potentially crucial core of young professionals, while their position as the traditional opposition to the Conservatives seems to have returned with a vengeance in rural areas like North Norfolk.  Timing and the word ‘European’ mean this is surely the only election where the  Leave-Remain divide will be the most significant, since there’s no risk of left-wing remainers handing Downing Street to the Tories with their protest vote. In a contest where differential turnout will be key, their efforts to maintain apparent enthusiasm among Remainers will be essential, and their local campaigning knowledge will surely be a vital part of any efforts towards that end.

Any efforts, that is, except for Change UK’s. This really highlights the fact that, if you ask me, all mockery of Change UK’s branding and rollout misses the fundamental problem: even if they’d had the best logo in the world, they don’t have the structure or set-up to break strong party bonds. The chances of an low-information voter truly understanding the purpose and appeal of this group were already low, and they’re getting lower by the day. This is a region where they seem ripe for a shellacking, and it could well be a particularly costly one. If the Lib Dems and Greens push them out of contention, thanks to a combination of middle-class liberals and disaffected rural voters, it becomes almost impossible to see what space they can occupy in the country as a whole.

So, what significance should we read into whatever result comes out of this region? Well, probably not too much; if the Brexit Party come first, for example, this is less evidence of any major shift than evidence of the fact that UKIP came first five years ago. However, we can only hope for this kind of restraint, since for once the national media’s eyes will be trained on the East: Peterborough’s by-election is a fortnight later. The main thing to focus on from this perspective is the headline Tory vote, I think. If they collapse here, in line with their likely performance elsewhere, I’d imagine Labour will squeak through in Peterborough; if they hold up any better, Labour should be very worried. When it comes to other Westminster seats, this is also generally true of the few actual marginals in the region. If the Conservatives can’t at least hold on to 400,000 votes or so, they will have very little chance of holding Labour off to retain Norwich North or reclaim Ipswich. Anything below that and the party’s future prospects look terribly precarious, especially in any areas with local discontent. Equally, however, there are a lot of small towns here of the kind that Labour need to win a majority; if they can’t get going in Basildon, they have a serious problem. Finally, Heidi Allen will surely be watching through her fingers to see if the results give her any hope at all of clinging on in South Cambridgeshire. The parties most likely to benefit from this general disorder are those who are most disadvantaged by first past the post here, for whom winning Parliamantary seats is a medium- to long-term project. The Lib Dems, for instance, are actually only down 2 seats in the region since 2010. However well they do here, they are unlikely to overturn Daniel Zeichner’s 12,661-strong majority in Cambridge, or make up the 15,478 votes now between Bob Russell in 3rd and Will Quince in 1st in Colchester. But for both the Lib Dems and the Greens, as well as the ghost at the feast here, the Brexit Party, the prize on offer is still a significant one: the chance to strike a serious blow against two-party politics, and to escape the political enclaves to which they had seemed confined.

It Ain’t Easy Being Soft 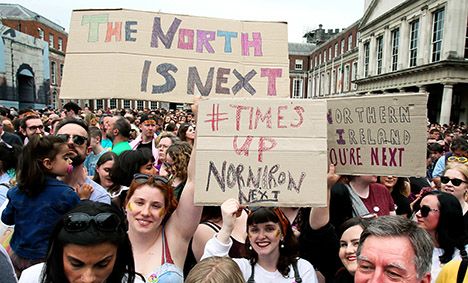