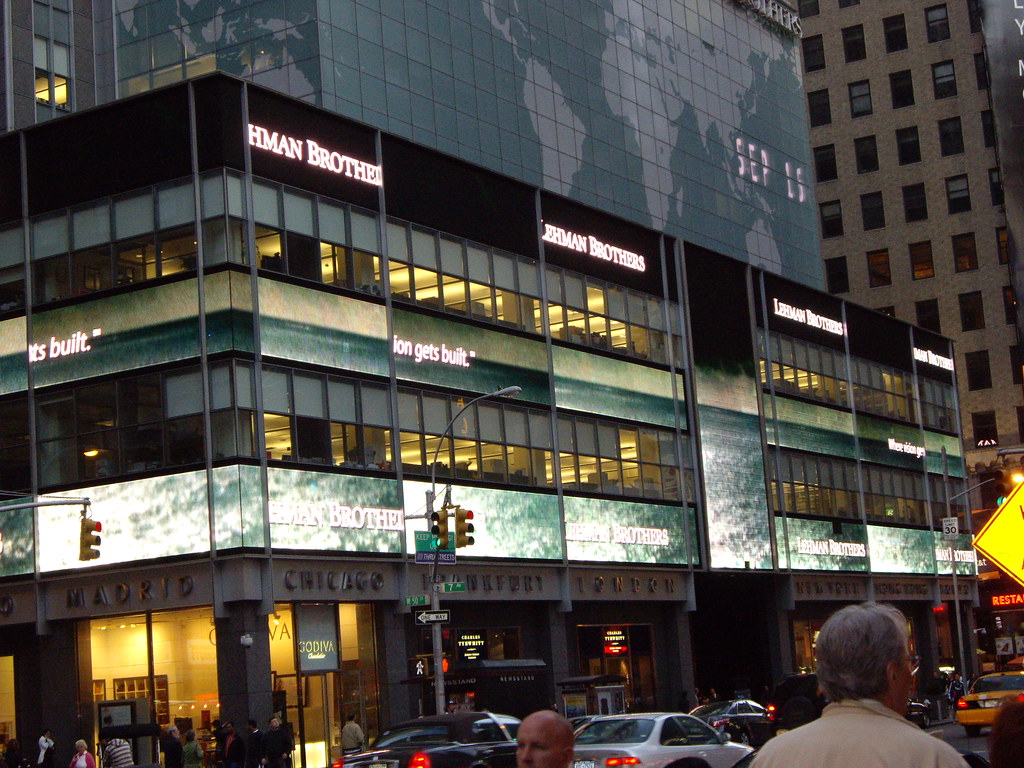 The financial crisis which began in the late 2000s had many causes. But for most people the first effect they would have felt was the mass freezing up of credit lines. In the decade since, there have been many proposals on how to make financial markets better serve the interests of the general public. Few, however, have got to the heart of the issue and turned their sights on the group of organisations pivotal in influencing lending, the keystone that fell so dramatically out of the market in 2007.

Aside from the occasional high-profile political moment regarding a major economy’s debt rating, ratings agencies are a largely unseen and unremarked upon aspect of the modern economy. But they are ultimately essential to keeping the whole globalised economic system moving, built as it is on the easy movement of debt. It was the endorsement of ratings agencies that was instrumental in encouraging the hyperactive lending behaviours that led to the subprime mortgage crisis that triggered the global crash. Reforming the practices and regulation of the ratings agencies won’t solve all the problems of global capitalism by any means. But it may go some way towards preventing the next crash and creating a more democratic, or at least transparent, global economy.

Getting a better understanding of how ratings agencies contributed to the financial crisis needs a quick Economics 101 primer on a crucial tool in the global financial system: securities. In market trading terms, a ‘security’ is defined very simply: any financial instrument that can be traded (for example, a portfolio of shares, or the bonds a government issues when it wants to borrow money from the markets). For our purposes, we will look at the type of security most associated with the chaos of the last crash: mortgage-backed securities (“MBSs”), where the cash-flow to the owner of the securities comes from the payments people make on their mortgages.

When you take out a loan at ABC Bank, ABC can turn that loan into a security and sell it on to someone else (typically other financial institutions, in this case XYZ Bank). ABC gets the money of the sale price and XYZ gets the money of your loan repayments. This effectively allows ABC to convert, quite elegantly, a risk it has taken (giving you money in the form of a mortgage) into a money-making opportunity. Of course, the danger of selling an MBS backed by a single mortgage would be that the borrower might default on it. So most MBSs solve that problem by bundling a number of different mortgages together and selling them as a single MBS, on the assumption that all of those mortgages are unlikely to default at once. And in fact, this is not as unreasonable an assumption as it would subsequently seem: the rate of defaults on mortgages are ordinarily very low.

The legal work needed to securitise a mortgage for trading on the financial markets is complicated, not to mention expensive. As such, it really benefits from economies of scale, meaning that most MBSs are bundles of over a hundred mortgages. Of course, in practice, that makes it almost impossible for someone buying an MBS to accurately calculate the risk of any of the mortgages in the security defaulting (even if, as is the case, the consumers are mostly other banks or institutions rather than individual people). And that’s where ratings agencies come in. In line with their remit of addressing how good any person, organisation or government is for the money they owe, ratings agencies gave grades to these bundled securities, which theoretically told the consumer how safe from default the mortgages in that bundle were.

But there was a problem: over the years, the grades given by the ratings agencies to banks’ bundled securities became severely inflated, with the highest AAA rating becoming predominant and, indeed, pretty much standard by 2007. In part this was driven by the sincere belief, shared by most in the financial markets, that it was highly unlikely that all of the mortgages needed to make an MBS bundle’s set repayment would default at once. Thus, from that point of view, there was a sense in which it didn’t really matter what rating was eventually awarded to any given MBS, which in turn raised the question of why not give it the desired AAA. But it was also driven by the fact that the ratings agencies were hired by the banks selling MBSs. The quality certifiers were clients of the sellers, with the implicit dynamic that a negative judgement from one certifier would tempt a seller to move its business to another agency more willing to give the desired rating.

The effects of this were predictable. As increasing numbers of subprime mortgages (that is, mortgages lent to people with lower credit scores or less secure employment who were considered comparatively more likely to ever default) within notionally AAA-rated MBSs began to default, financial institutions with these MBSs on their balance sheets realised that the ratings they had received were effectively useless. In turn, that sowed doubt as to the reliability of the AAA ratings given to the securities that other banks and financial institutions were desperately trying to hawk to them to make up for their own subprime losses. Institutions stopped lending to one another and the market, effectively, ground to a halt.

MBSs were not the sole cause of the financial crisis but their popularity as international financial trading chips (with British and European banks being among the biggest buyers and sellers of MBSs) meant the failure of the American subprime mortgage sector quickly became the failure of the international banking sector. Furthermore, the fragmentation of loans around the world – often bundled with seemingly unrelated debts in grab-bag MBSs and other bundles on the assumption that, across them all, the security would always be able to make its headline regular repayment – made it much harder for embattled borrowers to renegotiate their debt terms. Unable to get much leeway from their banks on loans answerable to another bank’s balance sheet (if, indeed, it was possible to tell on whose balance sheet any individual loan was now sitting), many borrowers, unsurprisingly, defaulted. The ratings agencies were key to how this whole package operated. As such, thinking about we can better regulate this market should be high on the global progressive movement’s agenda.

The three main ratings agencies – Moody’s, Standard & Poor’s and Fitch – together control 95% of the market between them. But more competition isn’t necessarily the answer: a host of smaller agencies could just as easily play the same game of attracting clients with friendlier ratings (a particularly acute problem in a financial world with very few high street banks), thus maintaining the market dynamics encouraging a race to the bottom. The problem lies not in the nature of the market in financial ratings, but in its very existence. Just as we’ve seen in the audit market in recent years with the Carillion and Patisserie Valerie scandals, there is good cause to believe that it is fundamentally compromising for an organisation tasked with judging a bank’s securities offer to also be in the pay of that bank.

As internationalists we need to consider the creation of a single ratings agency that would provide ratings for financial instruments deemed to be of particular public importance. This could include not only private bundled MBSs but also other securities important to the health of the world economy, notably government-issued bonds. This would not end the market in MBSs but it would require it to evolve. We would be very likely to see a decrease in the volume and the speed with which they are traded, but that would not, per se, be a bad thing. Hopefully this would encourage buyers of MBSs to hold onto them for longer and encourage sellers to be more prudent in their bundling and lending activities. It might also mean that the market as a whole was less lucrative – also not per se a bad thing.

The question, of course, then becomes one of scale and standards. Ideally, this notional ratings agency would have a fixed and transparent set of criteria by which it gives its ratings, as well as a database that would maintain a record of the ratings the agency has handed out. This database and set of guidelines would not necessarily be something easily explicable to the individual consumer (whose interest in the financial markets tends to be at best vague, not without reason). But it would create a degree of transparency, making it easier for activists and investigative journalists to hold this international agency to account. It isn’t hard to imagine a coherent and sustained international progressive campaign being able to get the G20 to sign up to such an organisation, with the possibility that signing up to it eventually becomes a requirement of joining organisations such as the WTO. And if, in this scenario, certain countries choose to leave the WTO to take advantage of looser ratings regulation available outside of that framework, that is something that international lenders and borrowers could in turn take into account when considering securities offered up for sale in those jurisdictions.

Contrary to some more excitable predictions, the full collapse of capitalism and the financial markets does not seem imminent. In that context, it behooves progressives to put serious thought into how to better regulate global capitalism and direct it down what might be described as more responsible avenues. A global ratings agency along the lines proposed here would not end the risk of financial crisis, but it would mitigate it and provide a means whereby national crises could be better contained. 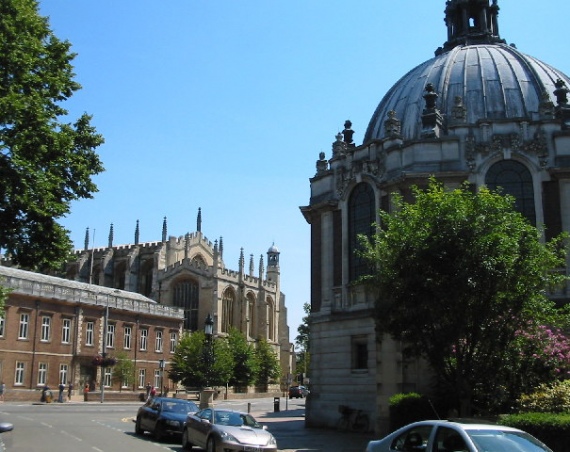