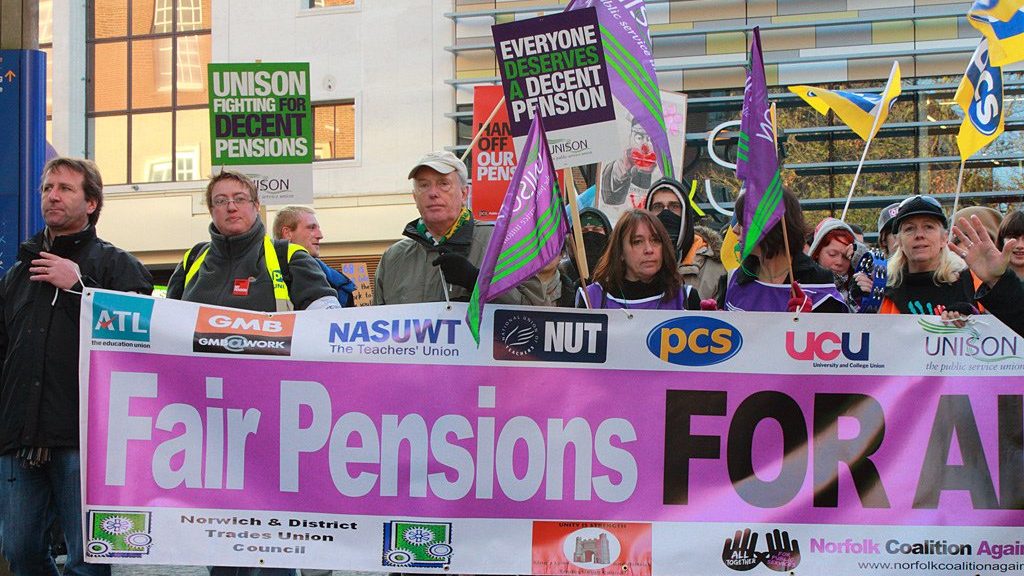 On February 22nd, 2018, the University and College Union went on strike.

Although many factors played a role in causing the strike, the balloted action concerned a reorganisation of the USS pension scheme. The details of the changes to the pensions are fairly complex, and I am not here to write about the particulars of the dispute (not least because it is still ongoing). If you’re interested, a good summary can be found here. The main things I want to take away from our strike, and from my broader experience as a union member, are the potential lessons for the future of labour organisation.

Looking to the higher education sector for lessons about unions might seem strange – after all, we are all so used to associating industrial action with the miners’ strike of the ‘80s. The romanticised image of striking is often a product of nostalgia for a bygone world of traditional masculine physical labour, whereas university employees seem to be the very epitome of the out-of-touch bourgeoisie.

However, several trends within the higher education sector made it ripe for industrial action – and these factors actually had relatively little to do with pensions. The state of the typical university-as-a-workplace is, for lack of a better phrase, a garbage fire. A significant proportion of teaching is conducted by underpaid PhD students or recent graduates, either on zero-hours contracts or in short-term employment. (9-month contracts are not uncommon for teaching positions. What these people are meant to do over the summer is an open question.)

I should note at this point that UCU also represents many administrative workers employed by universities. In this article, however, I will mostly be focusing on the working conditions of academics.

Full-time positions in academia are rare, and even those posts often come with an excruciating amount of work around the institution, including administration, teaching, marking, and pastoral care. The richest and most prestigious universities rely the most on this precarious labour – the Guardian compared the situation to the notorious working conditions at Dickensian caricature Mike Ashley’s ailing behemoth Sports Direct. Students often believe that higher tuition fees go, or should go, directly into university lecturers’ salaries – but with government using the fee hike to justify a programme of cuts, academics’ wages are more squeezed now than ever before. One of the reasons why the pensions issue is so contentious is because our generous system was meant to be a reward for years of low-paid labour. To remove that safety net, however illusory it may be, strips away one of the fictions that allows us to believe that the job will ultimately be ‘worth it’.

Even if pursuing a PhD was never a path to riches, the baseline of financial certainty that used to come with a white-collar profession has disappeared. Along with journalists, we maintain the signifiers and the cultural capital of the old middle-class without any of the security. Furthermore, the system runs on a language of manipulation and misleading promises which can accurately be described as cruel optimism. As Lauren Berlant has argued, people ‘have remained attached to unachievable fantasies of the good life—with its promises of upward mobility, job security, political and social equality, and durable intimacy—despite evidence that liberal-capitalist societies can no longer be counted on to provide opportunities for individuals to make their lives “add up to something.”’ The failure of too many to secure a good life is, in my opinion, the most important reason why Jeremy Corbyn continues to appeal to the young. The promise that leads many to pursue a career based on their passion is that, eventually, the hard work and sacrifice will all pay off. We work longer and longer hours outside of the office in the belief that this will lead us to our goal. But what happens when a generation is stuck on the treadmill? What happens when an entire sector is?

One of the conditions of the strike was that UCU members ‘work to contract’ – that is, we didn’t work outside our contracted hours, and didn’t take on any work outside of our job descriptions. There were two common observations during this time. One was that working to contracted hours and actually getting everything done was virtually impossible. As reported in USS Briefs a year after the strike finished, ‘university managers seem completely oblivious of the extent to which their everyday activity depends on what amounts to unpaid work.’ The entire system of higher education in this country depends on a collective acceptance that we work far outside of our hours – but the goodwill on which this relies beginning to break down. We are becoming forced to begin to think of ourselves not as chosen ones motivated by a unique and special calling, but as workers providing a skill, and treating our work accordingly.

The second thing that I noticed was how delighted my colleagues were to not have to work late hours or over weekends. The reclamation of free time is a crucial remedy for the mental health crisis in higher education. And the fact that academics across the country were expressing the same frustrations showed that sharing our experiences continues to be an important way of building solidarity – and asking for better from our employers.

USS Briefs was launched primarily to disseminate information related to the pensions dispute, although briefs have also been released on related topics such as the mechanics of the Times Higher Education rankings and the politics of lecture capture. The USS Briefs was in many ways a natural development of what was happening on Twitter at the time of the strikes. Interested academics such as Mike Otsuka and Sam Marsh were (and still are) putting their free time into investigating the inconsistencies behind the numbers used to justify the changes to pension provision.

One of the best things about the strike was communicating in a new and open way with academics across the country. It led to a widespread sense of newfound solidarity and a welcome freedom to talk openly about our discontent. So often, people who are struggling do so alone and in silence. Imposter syndrome is rife in academia, and it can be difficult to admit when you are struggling. The strike felt like a moment where the floodgates were opened. And, crucially, it opened up a form of solidarity which was not limited to our immediate colleagues in our individual institutions.

There can be no doubt that the future of the union is online. Movements such as Fight for 15 in the United States and McStrike in the UK have found that organising via Twitter can serve as a way to combat the disengagement with union politics among the young. Anecdotally, a university friend of mine who tried to start a union within the branch of McDonalds at which he worked found that too many co-workers were either uninterested or afraid of retaliatory sacking. Mobilising online can make it much easier for would-be organisers to seek out like-minded employees in different locations, thus gathering momentum for industrial action.

It’s also an important avenue for the dissemination of information. On one occasion, my alma mater, the University of Sheffield, put in place a punitive measure to withhold pay from striking lecturers unless they agreed to reschedule classes. This act of strike-breaking and wage theft quickly went viral, with even the University’s former Education Officer threatening to withhold funds from the institution’s alumni fund. Without Twitter, it’s entirely possible that this policy would have been enacted, largely behind closed doors. The internet and social media provide an arena in which employers’ lack of transparency can be combatted and collective resistance can be enabled.

Several structural changes have made UCU membership more accessible for the struggling early-career researcher. Significantly, membership is free for PhD students and for the precariously employed. Perhaps most importantly, however,, the easy communication of information online, rather than in dusty meeting rooms, was crucial for mobilising younger members, including myself, into political action.

The obstacles against successful strike action are, quite frankly, overwhelming. The 50% turnout threshold for any strike has meant that two successive UCU ballots concerning the problem of casualisation have failed. It is easy for people of my cohort (PhDs and early-career researchers) to feel bitter at older academics for these failures, especially as younger academics went on strike to defend pensions they may never be able to claim – but I do not believe that the fundamental problem is a lack of solidarity. Poor timing of the ballots and a lack of clear communication about the purposes of the proposed strike action seem more to blame. The February 2019 ballot had a turnout of 41%, with 69% (nice) supporting some form of industrial action. (By comparison, the highest-ever turnout for a European Parliamentary Election in the UK was 38.5%.)

Ironically, the success of the 2018 recruitment drive may well have doomed action against casualisation – as more precariously employed members have signed up, this has driven up the numbers needed to justify strike action. Because higher education research is a highly mobile career (read: people have to move every year to chase short-term employment), it is likely that many people’s ballots were not sent to the correct addresses. Getting any form of strike together is always an uphill battle. Abolishing the 50% strike threshold must be a top priority for any Labour government.

Moreover, people on Tier 2 visas are explicitly restricted from going on strike for over 20 days. Continuing the strike would have meant that workers would have been forced to choose between crossing the picket line or putting their immigration status in jeopardy. While it’s true that Sajid Javid, when Home Secretary, mentioned that this should be reformed, this is not an issue that we can safely entrust to a right-wing Tory government. The right to strike must be protected for everyone, especially if reforms to immigration policy make Tier 2 workers even less secure than they have been before.

There is little that unions alone can do to change these conditions, although they could certainly be more forceful in putting forward the case. A new legislative agenda is necessary for unions to properly hold their employers to account. There are also continued problems with the culture and management within unions. Too often, union members have little control over what their management actually does: UCU high command tried to call off the strike three weeks in, only to see members picket their offices. The pensions dispute is still ongoing, at least partially due to the lack of transparency in the agreed mechanism to resolve it. If the union is to have a future, it will be as a grassroots movement that actively communicates with its members and dedicates itself to working in their interests.

On July 22nd, 2019, founding member of USS Briefs Dr Jo Grady stepped down from her position in the collective. Grady, an academic who specialises in trade union disputes, is in many ways emblematic of the new mood of the strikes. Active on Twitter, she is left-wing, but not formally part of the ‘UCU left.’

She stepped down from USS Briefs, because on May 22nd, 2019, she was elected UCU’s General Secretary, taking office on the 1st of August.

Will the new direction of the UCU be any more successful than the old? As I’ve said, the structural obstacles are overwhelming. But if it does thrive, it will be because it is transparent, unselfconsciously progressive, member-led and engaged with the benefits of digital culture. If we do succeed, it will be a valuable model for the future of the union. 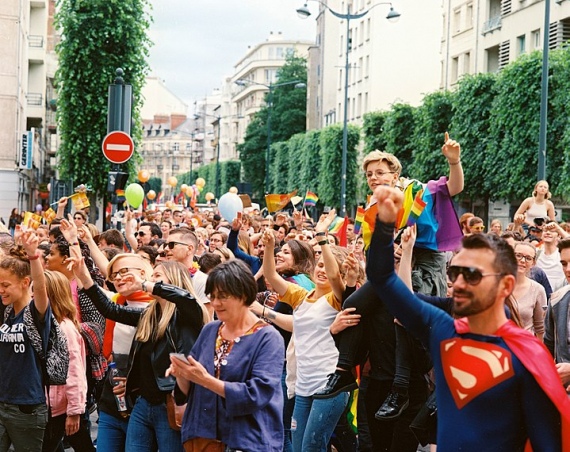