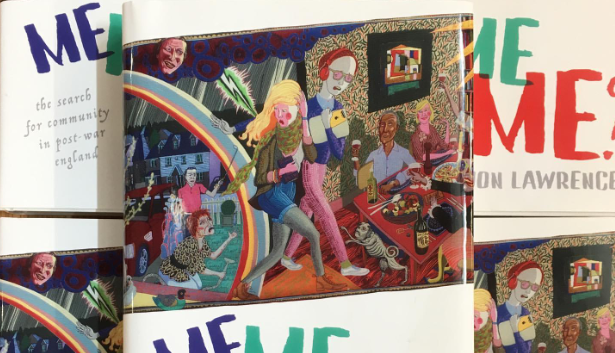 Faced with the crisis of social democracy, a loss of faith in ‘experts’ and leaders, and a surge of reactionary nationalism, the concept of community looms large in political discussion. Small communities outside of London and the south-east of England are, variously, disempowered by centralisation, looked down upon by cultural elites, and ravaged by unrelenting globalisation. Most of all, community is said to have died, a victim of the unrestrained individualism of the permissive society of the 1960s, the ‘no such thing as society’ 1980s, or some combination of the two.

The language of ‘community’ typically attracts two criticisms. For some, the appeal to community is seen as fundamentally reactionary. Joe Kennedy argues in Authentocrats that it is frequently rooted in a reified view of a white, male, provincial working class. Alternatively, the term may be seen as fundamentally vacuous. As the cultural critic Raymond Williams put it: ‘Community can be the warmly persuasive word to describe an existing set of relationships, or the warmly persuasive word to describe an alternative set of relationships. What is most important, perhaps, is that unlike all other terms of social organisation (state, nation, society, etc) it seems never to be used unfavourably.’

In Me Me Me?: The Search for Community in Post-War England, historian Jon Lawrence has made a compelling and strongly argued contribution to what sometimes feels a tired debate. Lawrence draws on interview notes from a host of social-scientific surveys conducted in England from the 1940s through to the last decade. In doing so, he has sought to challenge reductive and simplistic narratives of community and class. He shows how these social scientists frequently imposed these narratives through selective use of their evidence, while neglecting the more nuanced picture that could be drawn. In turn, this illustrates the central role that unnuanced and ideological readings of popular attitudes played in English – and by extension British – politics and culture, even before 2016.

These accounts often argued that ‘traditional’ communities, based around immediate geographical proximity in tight-knit neighbourhoods, gave way to an atomistic, greedy individualism. This narrative cut through much popular-political, cultural, and social-scientific writing.

In reading against the grain of these studies across sixty years, and often exposing the authors’ preconceptions, Lawrence takes aim at a backward-looking, reductive contemporary communitarianism that he associates most of all with David Goodhart’s Road to Somewhere.

In contrast, Lawrence contends that the story of English society over the twentieth century was not, in fact, one of the death of community and the rise of individualism. Rather, these two tendencies have always both been deeply rooted within English culture.  He illustrates how, through changing social and economic contexts, people have continually sought to ‘reconcile an impulse towards personal autonomy and self-realisation with a wider sense of social connection’. At the heart of the book is an optimistic pluralism, which emphasises the different ways in which people manage to live good lives and reconcile their own needs for autonomy and belonging.

The communitarian ideas that Lawrence takes aim at can be found throughout English history. While Me, Me, Me? takes the late 1940s as its starting point, Williams’ seminal 1975 work The Country and the City traces narratives about the decline of a settled rural way of life, defined by custom and tradition, as far back as the middle ages. As the economic and social geography of England changed, these narratives were adapted to new contexts. What was distinctive about the post-war period, in fact, was the way that stories about traditional communities and ways of life under attack relocated their focus from the country to the city as the site of the idealised community.

In the context of the industrial decline of Britain’s major cities and the outward migration of city-dwellers, the Goodhartian ‘Somewheres’ of the 1950s and 1960s – entrenched in the public imagination by Michael Young and Peter Willmott’s Family and Kinship in East London – were to be found in the inner cities. They existed in contrast not to metropolitan, educated ‘Anywheres’, but to those members of the ‘traditional working class’ who had ventured out of those tight-knit ‘urban villages’, and out to the suburbs and new towns that came to be closely associated with materialism and social atomisation.

The development of the last decade or so is that the geographical focus of this narrative has moved again. If communitarians’ preoccupation in the post-war era was with the enduring ‘urban village’ – of Young and Willmott’s Bethnal Green or Richard Hoggart’s Hunslet – today’s commentators look to ‘left-behind’ former pit villages and mill towns to identify enduring, endangered forms of solidaristic community.

In contesting these broad-brush communitarian laments, Lawrence rightly does not dismiss the significance of ordinary people’s sense of community in decline. In an economy increasingly characterised by precarity – and the dislocating effects of untethered market forces – he argues that ‘we need to take people seriously when they lament the loss of community.’ When ordinary people complain about community’s deterioration, ‘they are voicing a stubborn refusal to accept living in a society where their lives appear not to matter; where their personhood and individuality goes largely unrecognised… In essence, an idealised mythic past is being mobilised to critique an alienating and dehumanising present.’

The 1980s are recast by Lawrence not as a moment of the triumph of Thatcherite individualism, but rather a moment where the post-war faith in collective social progress was choked off as people’s economic fortunes became increasingly polarised. While many people ‘continued to uphold mutualist, non-market values, sometimes in conscious defiance of the newly assertive Thatcherite Right …  when they talked about improving their own lives the default assumption was that this would depend on individual effort; it was no longer something to be expected.’ That is to say, the last forty years have been characterised not by the dissolution of people’s desire for community, but by the erosion of the conditions that made more mutualistic ways of living possible: longer working days, widespread long-distance commuting, and people’s commitment to wider social networks, facilitated by new technology, has reduced the centrality of immediate geographical community in many people’s lives.

While place remains important, Lawrence argues, other forms of ‘personal community’ have developed, around people’s age groups (e.g. among young parents) or interests, and people are far more likely to be in contact with relatives who do not live nearby.

Community politics for the 2020s

What are the lessons that Labour could draw from this? The challenge is to construct a political project which values community, while remaining sensitive to its diverse forms.

This should lead us to think about what else we are talking about when we talk about community: the need for an account of belonging that can rival populist nationalism; social dislocation; an absence of shared public spaces; the way in which untrammelled markets (and often the state too) leave little space for autonomy or democracy.

The point about belonging is fundamental. Today, appeals to the interests of left-behind communities are too often tied up with a conservative nationalism. However, in his seminal 1987 work There Ain’t No Black in the Union Jack, the academic Paul Gilroy argued that local and regional identities could offer a radical alternative to reactionary, nationalist forms of belonging. A more pluralistic idea of ‘community’ – alongside, to my mind, a more inclusive account of national belonging for England – is key to any project seeking to build a society based on solidarity and reciprocity. An appeal to a diverse and tolerant form of community is here not a reactionary prospect but a progressive alternative.

If communities in the past could be exclusionary, Lawrence’s focus is on the new barriers to membership and participation today, particularly in relation to disposable income, leisure time, and access to public spaces. Thus, he argues for the need to defend and invest in social infrastructure, alongside tackling economic insecurity and barriers to autonomy. As he argues, ‘new politics of community… has to enhance, rather than erode, the personal autonomy and the independence that the majority of people have fought hard to secure for themselves and their families’ and ‘to focus on promoting the aspects of public life and culture that are open to all – bringing people together from diverse backgrounds and at the same time enriching individual private lives.’

If we see questions of community as closely tied to those of autonomy and democracy, then we might add that decentralising power must also be a key part of this agenda. Labour should be asking how the state can be used to support local initiative – transferring power from the market and the central state to the local level. One model to look to is the work of the new urban left in local government in the 1980s, who – emerging from grassroots ‘community action’ – attempted to use the power and resources of local government to foster local initiative. Hilary Cottam’s recent book Radical Help makes the case that we need a shift towards a ‘relational’ model of welfare, which emphasises personal relationships and building up people’s capabilities. This not only offers a departure from the impersonal, transactional and often punitive nature of the welfare state, but it prioritises addressing new social challenges – ageing, epidemics of loneliness and mental illness, insecure work – which undermine community.  These themes run with the grain of one of the best of Labour’s ideas since 2015 – the focus on new, decentralised models of ownership.

Too much commentary since 2015 has served to reinforce the sense that the divisions in our society are insurmountable. Portrayals of endless, apparently unbridgeable divisions have been far more prevalent than work that has focused on what people share in common. In this compelling and strongly argued book, Lawrence offers a more nuanced reading of community and English society, which offers the space for a far more positive vision.

Me, Me, Me?: The Search for Community in Post-War England is out now, published by Oxford University Press.

Statement on the General Election