Late on the night of the 26th of March 2015. Jeremy Paxman looked at Ed Miliband with steely eyes: ‘They see you as a North London Geek’. It was a defining moment of the election. It followed years of criticism in which Ed Miliband was othered and represented as alien to mainstream British society. We saw it just as well on British social media, where people talked of his wealth, his Marxist connections, the biblical battle between him and his brother, his disloyalty, backstabbing, his awkwardness – something was off, inhuman, about the man. The right-wing media would describe him as ‘Bacon Butty Ed’, ‘Mr Weirdo’, a ‘hidden migrant’.

I remember the disturbance in my family to see that othering extend to Miliband’s father. Ralph Miliband, a man from a poor Yiddish-speaking family, a veteran who became one of Britain’s most distinguished academics. In the eyes of the Daily Mail, however, he was simply ‘The Man Who Hated Britain’. It was as if our history, our Jewish history, was separate from that of the story of Britain – that we had never truly been a part of our country.

Scarcely a day passes without attacks on Jewish people in London, Paris, Brooklyn… any part of the world where we live and pray. In France, antisemitic offences have risen 74% in the last year. These cases of antisemitism are not unconnected from the dog whistles employed by journalists, academics, and politicians alike. No political party or faction is without blame for the rise of antisemitism.

Zionists, anti-Zionists, religious Jews or secular Jews – no Jewish community is free from risk. The people that perpetuate acts of antisemitism don’t act based on the minutiae of our opinions on Torah responsa or the details of our political leanings: they are animated by a collective opposition to the Jewish existence.

Antisemites argue that Jewish people are part of a conspiracy and to some extent also manipulate this conspiracy. Within the last week we have heard antisemitic tropes from the Home Secretary, Priti Patel, speaking of people from the ‘north London metropolitan liberal elite’, a commonly used dog-whistle to invoke London’s Jewish community. Another cabinet minister, Jacob Rees-Mogg, described how George Soros had funded the Remain campaign and sought to undermine the British economy, an attempt to involve a well known Jewish figure in an international plot. These are both baseless conspiracies, rooted in undermining the right of Jewish people to live peacefully in Europe.

This is not to dismiss or minimise the level of crisis at every level of our opposition. We’ve seen the Labour Party become an institution rotten with antisemitism, enabled by its leadership, that the EHRC (Equality and Human Rights Commission) will soon report on. Whilst antisemitism exists more widely in politics and society, we have a duty to speak up, especially when it is so pervasive within our own ranks. It is profoundly wrong that the Labour leadership continues in defiance of the request of near all our communal leaders, and the wrongs of our government make no excuse for that. It is an antisemitism that seeks to create fear within Jewish people I know, and one which has meant that some Jews I know no longer feel their place in Britain is safe.

As a member of the Labour Party, I know all about how these elements seek to make even regular discourse on a CLP level toxic and hateful. For example, a fellow member arguing that the Jewish community of Britain is responsible for the actions of the state of Israel is a claim rooted in – at best – deep ignorance. We should criticise policies and politicians, not continue to alienate Jewish people.

Members I attend local events with that champion Chris Williamson also do not see his legacy of dismissing and enabling antisemitism. It is this same party that has seen MP Luciana Berger driven from its ranks, other Jewish MPs being triggered for deselection and members of Louise Ellman’s CLP tabling a vote of no confidence on our holiest day of the year, the day of atonement, removing her right to response.

The abstract discourse that surrounds accusations of antisemitism and the gruelling practical realities of the harm it inflicts on Jewish people come crashing on each other. We remind ourselves of what Benjamin Disraeli, our first Jewish prime minister said in the Houses of Parliament in response to an antisemitic critic, ‘Yes, I am a Jew. And when the ancestors of the right honourable gentlemen were brutal savages in an unknown island, mine were priests in the temple of Solomon’.

There are actions which we can take to address antisemitism, which we should reflect on. Primarily, this includes educating ourselves and others about the history of Judaism, Israel and Zionism. David Hirsh’s book ‘Contemporary Left Antisemitism’ has one such thorough explanation. We can support the Jewish Labour Movement. Some other ways to engage are laid out in this guide elsewhere on this site. Combating antisemitism can also involve advocating for education within our local parties, passing motions and remaining active in our cause. Many past divisions within Labour have been overcome. This can happen again.

Yom Kippur comes upon us, and we should ask ourselves in this time of great introspection, of the means by which we address the religious crisis that is modern antisemitism. As we look for forgiveness for our past sins, we also look forward to our continued presence as a nation. In our vision to create heaven upon Earth, should we not ask ourselves which forces seek to undermine that? In our new year, may our communities continue in their resolve to combat all hatred. G’mar Tov.

The Social Review Podcast Episode 49: The View From America 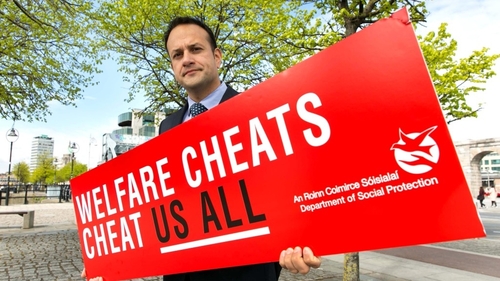 Beyond the UK, Realities 8th February 2020