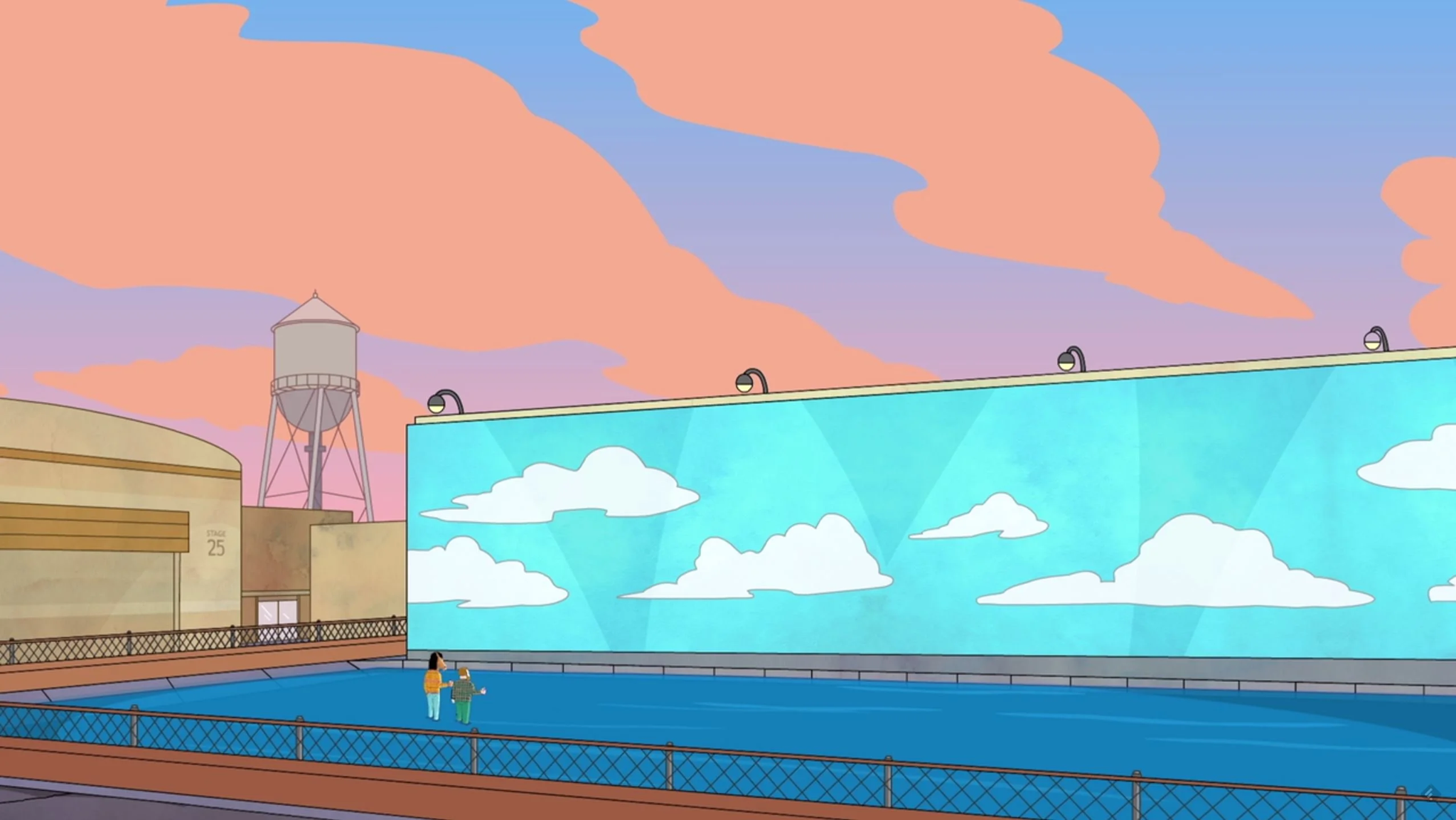 In one of the most poignant moments of the final season of BoJack Horseman, Sarah Lynn, the protagonist’s daughter figure, whose death he had an active hand in, sings a haunting reprise of Don’t Stop Dancing, a song about how Hollywood creates, consumes and finally destroys the sad and complex lives of young stars. It is a harrowing tale, but one we know all too well; it is so banal that it could be  easily-ignored clickbait in the bottom of any given website. In that moment, between life and death, the protagonist of the show, realizes that his existence is itself a liminal space, idealizing the life and death of celebrities that he never truly understood, “a Xerox of a Xerox” of the world of celebrity.

Said protagonist is, of course, a talking horse.  It’s a strange show, and all the better for it.

Bojack Horseman, the show, was a personal tragedy told in a very funny manner; in the same 30 minutes, a storyline will have indulged in silly puns and tongue twisters (Neal McBeal the Navy Seal being a literal dark blue seal, for instance) only to kick the audience in the chest with incredibly careful character-driven scenes. But Bojack Horseman, the character, is also a small part of a larger cog in a Hollywood that he both loathes and desires; his fame is the cause of his misery and yet, paradoxically, the thing he wants the most, seen as a compensation for all the terrible mistreatments he has received. A washed up star from a 90s sitcom Horsing Around, Bojack struggles with multiple addictions and an impulse to destroy himself and his relationships to others. While the basic premise of the show is not revolutionary, rarely does TV, let alone animation, look into the relationship between art, pain and money quite so carefully.

This mix of gut punch and punchline is also how the industry is depicted: on one hand it is extraordinarily silly, being refered to as “Hollywoo” immediately after the “D” on the sign is stolen, then ‘Hollywoob’ in the final episode due to a sign mix-up, or having entire corporations ruled by a literal sex robot (as mentioned, it is a weird show). It is also a dark, consuming place that very much mirrors real life, built to reinforce a structure that keeps minorities at the bottom and powerful men at the top. The show is not overtly political, but it is smart with its uses: in one episode has rich people literally passing a law to make murder legal (if you are rich); in another, the assistants’ attempt to build an union is swiftly picked apart by agents when their strike goes on for far too long, which might mirror the animators’ own struggle to unionize in real life.

One of the show’s virtues is that it never dodges from confronting how its protagonist and the show itself benefit from that system. Even the show’s relationship to its audience is a part of it. In its fifth season, Bojack, who at this point was playing an over the top version of a “troubled man” type – such as Tony Soprano, Walter White or any character in True Detective, starts to mix reality and fiction, leading him to worsen his dangerous addiction to painkillers, and ultimately, go too far in while filming a strangling scene with his then girlfriend and co-star Gina Cazador. Up until that point, Bojack believes he is allowed moral complexity, and his bad deeds are forgiven because others could relate to his self-loathing and depression. If people can watch characters like him and understand his reasons, then that behavior can’t be all bad.

This, of course, is similar to how the show Bojack Horseman is talked about by critics and fans; Bojack Horseman is a work about trauma and addiction, and its success is partly based on its depictions of the theme. Rarely does a conversation about Bojack Horseman avoid mentioning its most traumatic parts. “You are a rotten little cog, mon frere, spun by forces you don’t understand.” Bojack hallucinates Gina sing. “Living is a bitter nasty slog, mein herr – why not sell your sadness as a brand?”. Pain sells, to a point, and pain justifies the things Bojack goes through, and absolves misdeeds. It all becomes part of the narrative, which is then sold by the industry.

Bojack’s life is marked by entertainment as an escape; both from the cold world he exists in, and from his neglectful childhood. He grows up worshipping the racing horse Secretariat as an escape from his parents’ abuse, and associating affection with his mother’s dancing at large parties. Fame – being a part of TV and movies – provides him a road out of abuse and into love, or so he assumes. In many ways, his addiction to fame is worse than his addiction to alcohol or drugs: through the first half of the final season, he manages to beat both of them for a little while, but the simple taste of fame brings him crashing down to indulge in the other excesses.

The reality is that Bojack cannot heal himself through art alone.  The stark contrast between Bojack’s TV life in his early show Horsin’ Around, and our own expectations of animation punctuate how damaged Bojack’s life is: the damage caused by real life actions has lasting consequences, especially for the people that do not have the sort of privilege that Bojack possesses. For Gina, there is a lifetime of trauma that hinders her career – she is later referred to as ‘difficult to work with’ and passed up on roles due to the effects of her experiences at the hands of Bojack.

Other characters in Hollywood reveal the darkness of the industry. For Sarah Lynn, a character forced into fame she was not ready for, fame means death as an endpoint; being a child actress in Horsin’ Around, then a famous popstar, and at long last dying as a forgotten has-been. Sarah Lynn in many ways had to die; she represents the ultimate Hollywood legacy: an unavoidable death in keeping with the classic format of a tragic tale. Bojack, in many regards,desperately wishes to join her, and dreams of escaping the tar pit of LA that seems to ruin him. “Shows are a never-ending life, of course. A silhouette that stays when you are gone.” Sarah Lynn sings, just before fading into the nothing of death. “What use is the struggle and the strife, old horse? End it, and your legacy lives on.”

Later in the same episode, Bojack’s hero, Secretariat, reads a harrowing poem describing his suicide; his earlier bravado about dying in his own terms is painfully dismantled as a pathetic hollow call for help when death does come, but he is only able to realise this when it’s too late, when he is in too deep, when he is already halfway down. The cult of young death created by Hollywood – a Hollywood that now, in real life, devours the faces of its dead actors to be used even once they are gone – is a siren song that exists to so people can make more money off the impact of these tragic stories.

Which is not to say that the moral of the show is simply that Hollywood is bad and murderous: that would be a far too crude a message for a show that is much more sophisticated. Part of Bojack’s issues are caused by his own choices, and the other part because of things that simply happened to him. Yet the fact is that in the real world, and in the show, the industry and its power structures are as dangerous as addiction to people (and horses) like Bojack Horseman; to quit it takes strength, patience and luck that might be simply beyond his reach – after all, for all Bojack’s time in rehab, there’s no such thing as Applause Anonymous. Then again, maybe not: sometimes people change and lead better lives. For a show about a talking horse, it did its utmost to be, and feel, real. Bojack Horseman does not provide its character a fitting death or an easy redemption, because so little in real life has those kinds of endings. You only get that kind of easy resolution on TV.

The Social Review Podcast Episode 35: The Health of Labour with Jon Ashworth 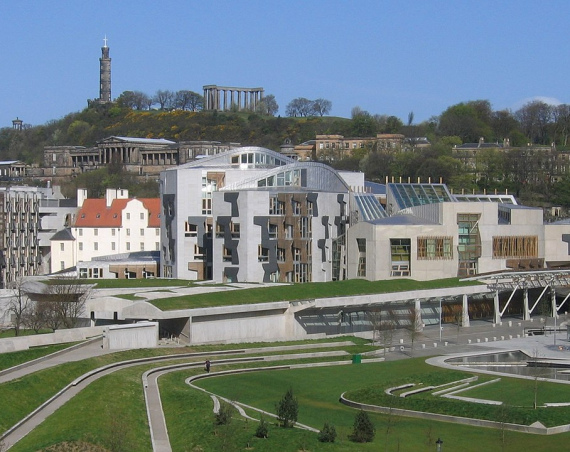 A Bad Day For Holyrood