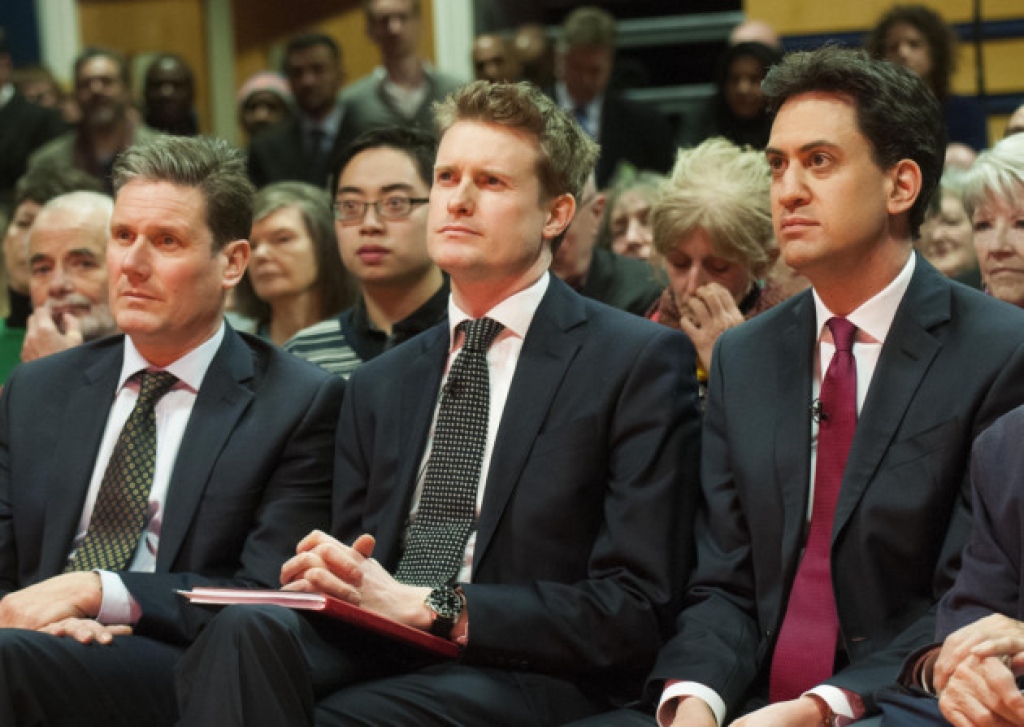 Labour continues to be at once a party of progress – whether of a Marxist or liberal variety – and a party that cannot escape viewing the world through the prism of its own past.

We are constantly drawn towards a circular view of history. For the Old Right, this is a story of electoral defeat, a leftward lurch, civil war, and a gradual return to the centre ground under the guidance of a combative leader willing to face the hard left down on the conference floor – a Gaitskell or Kinnock – thus paving the way for the next winning leader. In a mirror image, descendants of the Bennite left keep a watchful eye out for the next Kinnock.

As the Starmer landslide moves from likelihood to near certainty, he repeatedly find himself cast in the role of the second coming of Ed Miliband – a largely well-intentioned leader from the amorphous middle of the party, with a slightly ambiguous politics, oriented largely towards the social-democratic mainstream. This is a charge that has been levelled by sceptics to his right, but is increasingly a central part of the left-wing case against Starmer (see e.g. here and here). The implication is that the outcome will be the same.

But this isn’t how history, politics, or people work. The Labour Party isn’t going to relive 2010-15, because it went through that already. The last five years have fundamentally transformed the context in which Labour under any leader will operate.

First of all, Starmer is on the brink of doing something that frankly seemed unimaginable in the immediate wake of Corbyn’s success: securing a substantial mandate from both the Parliamentary Labour Party and the party grassroots. Meanwhile, the PLP is recovering from the harshest of lessons in the limitations of its political agency. The likely consequences of undermining or removing Starmer are so obvious that it seems scarcely credible to suggest he will face the same challenges of party management as Miliband.

This should be where the Miliband comparisons stop. Miliband’s entire leadership was shaped by his failure to secure a plurality of support among MPs or members. If Starmer wins the resounding victory that is widely expected, then he will be the Labour leader with the greatest authority within the party since Tony Blair: the overwhelming consent of the membership, and a strong base within the PLP. The strongest Starmer-sceptics are likely to come from the left. Even the most reluctant of his supporters to his right must recognise, after a decade of profound misjudgements, that there is no guaranteed better alternative, and that the most likely losers should he be unseated would not be the left.

Beyond this, Labour’s next leader will be operating in an entirely different political context. Miliband’s leadership was shaped, unavoidably, by its reckoning with the legacy of thirteen years of Labour government. For all the erroneous assumptions that Labour were on the brink of an immediate return to government – that the Conservatives’ failure to win a majority in 2010 meant a majority in 2015 was unthinkable – Miliband faced a huge uphill struggle.

Most of all, Miliband’s leadership was defined by a strong political and economic analysis without prescription. His belief that the 2008 crisis represented a failure of neoliberalism and a window of opportunity for the left was simply not matched by a clear view of how to take advantage. Nor was there an obvious model available for what post-crash social democracy should look like.

As James Meadway has observed, Miliband’s leadership represented a forward advance in one key regard. In part because the crash provided such stark evidence of the unsustainability of Britain’s economic model, and in part because Labour no longer felt able to rely on public spending as the means of achieving progressive change, the party made its first serious engagement since the 1990s with how it might fundamentally change the way British capitalism works. In other words, how to ‘get into the engine’ and shape a fairer economy, rather than merely redistributing the proceeds of an unjust and increasingly unproductive economic model. But the difficulty of the economic context and the dominance of a narrative which pinned the blame for austerity squarely on Labour’s spending, meant Labour ended up in a largely incoherent position; one that satisfied neither voters concerned about the party’s economic credibility, nor those voters who saw the party as insufficiently radical after thirteen years in government.

If there is one gift Corbyn has left for his successor, it is a clarification of both the ends and means of social democracy. As Ben Jackson observed at the time, the 2017 election – centred around ‘strengthening the role of the state in reducing inequality and managing the economy’ – provided evidence of the electoral viability of ‘a fairly conventional social democratic politics of the sort that much of the professional elite and supporting intellectual network of the Labour Party has harboured grave doubts about since Labour left office in 2010.’ We could even go back as far as the early 1990s.

The Labour Party may disagree on much, but there is  broad consensus on direction of travel, if not degree, and a far greater confidence in its popularity as well as its efficacy. Social-democratic politics in the 2020s will continue to be based, broadly, around an increased role for the state as an engine for equality, investment, economic development, just transition, and the dispersal of power and ownership: Crosland, plus Mazzucato, plus the Green New Deal, plus Alternative Models of Ownership. The most comprehensive critique of where Labour’s economic pitch went so badly wrong comes from the Corbynite left, not the right –  but for the most part there is broad consensus around what went wrong, evident in the relatively minimal disagreements around policy on display in the leadership election. This tends to focus on the need for better prioritisation, a clearer account of how Labour’s plans will be paid for, and the need to develop the case for policy positions over time.

And finally, there are good reasons to be optimistic about Starmer the politician. One legacy of Corbynism is that parts of the Labour left have taken on one of the less desirable traits of the right before 2017 – a sense that they have a deep, innate knowledge of what is electable, if only they could win an internal election. Starmer looks on course to pass his first hurdle with flying colours, without having given any paralysing hostages to fortune. He will have a free hand and a strong team around him. Polling evidence so far suggests he is in fact largely liked. And the party has suffered over much of the last five years from avoidable problems – in messaging, an incoherent seat-by-seat approach in the General Election, day-to-day incompetence, bullying, failures to adequately address allegations of sexual misconduct, and most of all the anti-Semitism crisis – which call for competent and responsible as much as inspirational leadership.

There are reasons for caution, as there are about any leader. The nature of a role like Director of Public Prosecutions is such that it will inevitably yield stories that will be cast in a critical light. Most of all, he remains to a considerable extent an unknown quantity, and his campaign’s analysis of where Labour went so badly wrong in December remains underdeveloped. But there is a good case for a leader like him, with a strong grasp of detail and a personal brand emphasising cooperation and – yes – basic competence, up against Boris Johnson. One of the most striking features of Starmer’s appeal is the extent to which his support is offline and relatively disengaged from the day-to-day turf-war within the party. But as Alan Lockey argues persuasively, an extremely offline leader – insulated from exactly those pressures – is no bad thing. Nor, given the task ahead of Labour, is a leader whose support is most concentrated among over 50s.

There is cause for profound concern about Labour’s prospects. The party faces a historic challenge. Another of Corbyn’s obvious achievements in 2017 was in avoiding an ongoing kind of soft ‘Pasokification’ after the debacle of 2015. That election had seen the loss of votes to UKIP, Scottish and Welsh nationalists, Greens, Liberal Democrats, and Conservatives alike, as Labour tried to somehow hold together an electoral coalition that was pulling in six different directions. One of the appeals of Corbynism was in its refusal to view Labour’s electoral challenge as a question of piecing these segments through a process of triangulation (or, indeed, ‘septagonation’). Instead, it was implied that a populist economic radicalism to transcend these divisions. Starmer likewise appears to have put his faith in the idea that Labour can offer a unifying, whole-country message, rather than a painstaking analysis of Labour’s myriad challenges and divisions between different demographics and places. This may prove effective. We can’t know how stable Labour’s new base is – how much room the next leader will have to broaden it without alienating existing voters. But for a party trying to pick itself up after a historic setback – especially with the safety net of First Past the Post – volatility can be cause for optimism as well as fear.

We should not underestimate the chances of finding ourselves rehearsing the same bitter recriminations in five years time, slipping further from power. But if Labour fails again, it won’t be a repeat of 2015 – we will have a whole new series of failures or misfortunes to look back on. 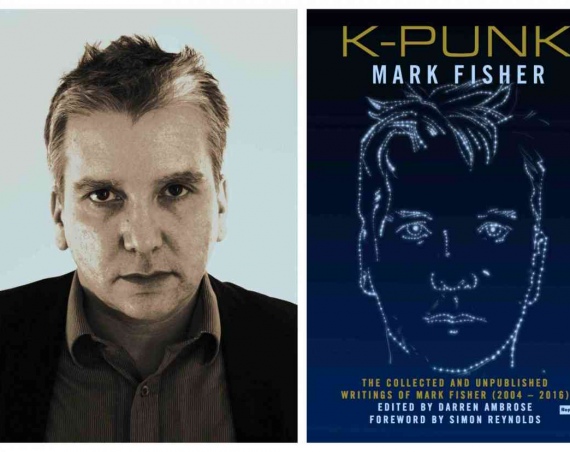