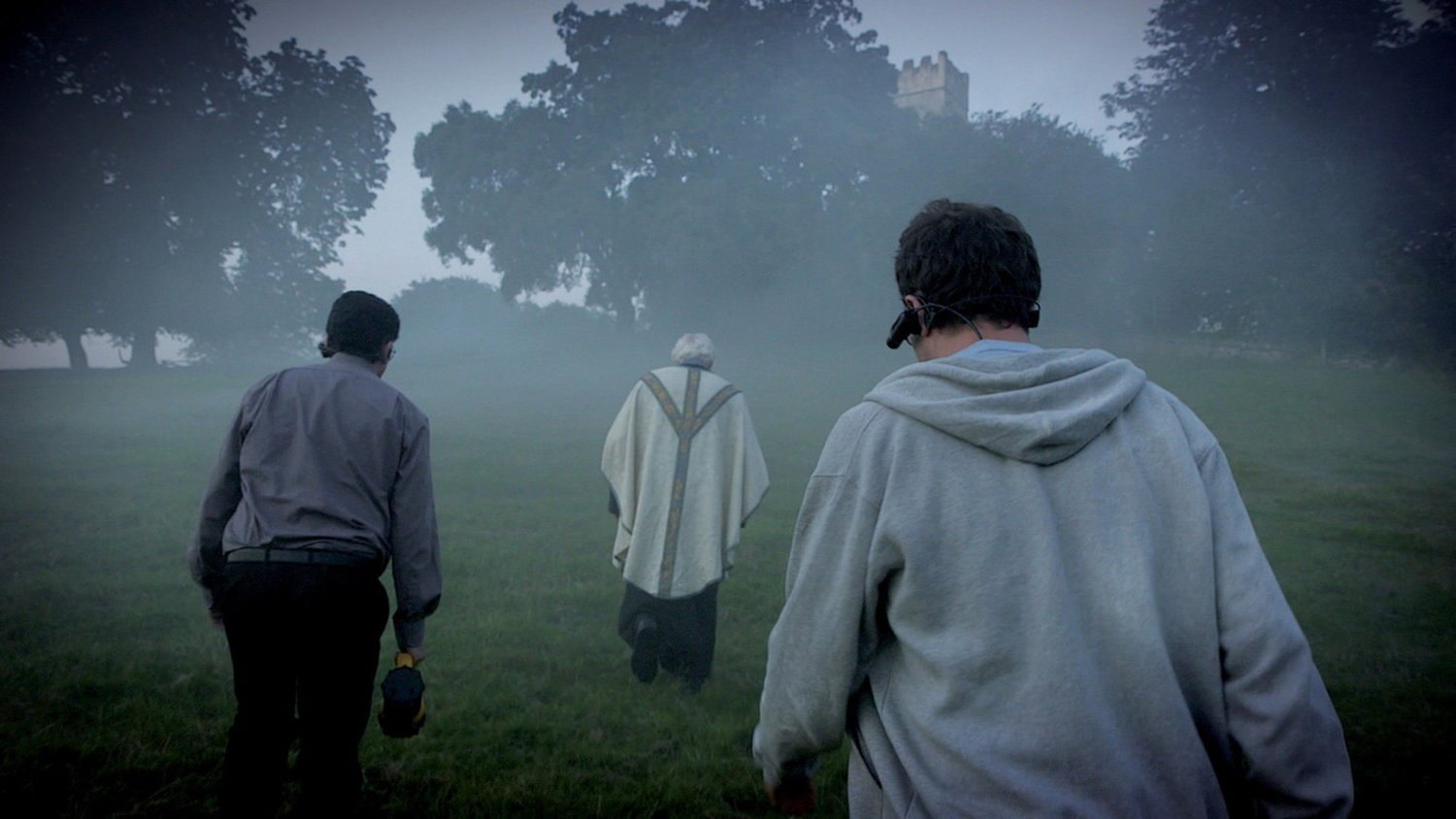 I spent much of my childhood in the land of long and lonely driveways hung with fog and remote houses in the middle of storms; of darkened railway stations and cultists, standing stones and lurking creatures, sinister voiceovers and pale faced, long fingered children. This wasn’t through personal choice; I just grew up in a family that was intensely interested in ghost stories, particularly of the kind which might be termed “folk horror”; M R James and Arthur Machen and the like – horror that is more concerned with the unsettling than the gory, where places loom large and the past blurs into the present in ways that might catch one unawares, the kind of  horror that’s somewhere between Seabald and Suspiria.

I have not gone into the family business (a stint working for Headpress, publishers of, among other things, the first and thus far only biography of Nigel Kneale); this knowledge base has lain largely dormant. I have left the fens and wicker men behind and spent most of my professional life in and around politics. Like a lot of people in Labour politics, the party takes up a large amount of my personal as well as my professional life. My flatmates, my friends, my whole social world is in the party, and lately I have noticed something, some flickering tone in the background of it all, in peoples’ references and ideas and patterns of thought – one which is, to me, distinctly familiar. Certain parts of the contemporary British left seem to be increasingly enamoured with the strange, with psychogeography and landscape, with the weird and the eerie and the past; with things that, taken as a whole, look very much like folk horror.

In part, this is simply a localised manifestation of the wider minor vogue for folk horror that settled on the culture a few years ago and shows no signs of moving on. The films of Ben Wheatley and documentaries like Arcadia, Andrew Michael Hurley’s novel The Loney and Michele Paver’sWakenhyrst; all the way to down to the ground mainstream hits like Ari Aster’s Midsommar. However, even acknowledging this relative glut, there would seem to be something about folk horror that makes it distinctly appealing to the left at this time; its modes of being and assumptions about the world strangely rhyme with many of those made in the pages of the new left media, particularly those affiliated to the Corbynite intelligentsia in waiting that never quite was.

It’s become almost cliché – or possibly even passé – to tack shifts in left thought or culture onto the work of Mark Fisher. This being said, without doubt the most obvious crossing point between the world of folk horror and that of the contemporary left comes in the form of Fisher’s 2017 book of essays The Weird and the Eerie, which examines the two modes of the title – broadly defined as, respectively, things where they ought not to be, and nothing where something ought to be. The likes of Alex Niven’s New Model Island, which digs into mythic past in search of a new political and cultural idea of Englishness, or Richard McClean Smith’s podcast Unexplained – which breaks off schlocky, arch accounts of supernatural mysteries for musings on hauntology and ruminations on social housing – similarly plough this furrow, the place between the political, the historical and the spooky.

The key beats of folk horror are the sense of time and the sense of the land- the relationship between place and past. It is perhaps a stretch to call the ways in which the genre thinks about these things “anti-capitalist” – but only slightly. For the protagonists who fall foul of the weird and the old and the powerful and the land itself, their demise is often as a result of an attempt to own, or to exploit, or to regulate, or even just to comprehend the things that have been there for a long, long time. In folk horror, to monetise is to antagonise – the classic example being Nigel Kneale’s The Stone Tape, in which a group of electrical engineers come across a room in which screams echo down from the deep past. Trying to harness the power of whatever animates the room, the protagonists find themselves sucked into its pattern. In this world, commercial ownership of land is some combination of foolish, dangerous, and impossible; a mode which suits the classic assertion that property is theft just as well as it does the increasingly prevalent arguments against housing-as-commodity on display in the likes of Marcuse and Madden’s In Defense of Housing. In both contentions, property is a kind of theft; the difference comes in from whom. If you can abolish landlords, good – if ancient supernatural powers can abolish them for you, all the better.

Folk horror and the increasingly Fisher enamoured left also share a concern with time and temporality. In the world of the folk horrific, time is uncertain, malleable. MR James felt the best setting for a ghost story was one at a perhaps indistinct remove; “a slight haze of distance is preferable”, he wrote – ‘Thirty years ago’, ‘not long before the war’ are very proper openings”. It’s a world where history happens, Fisher says, not as linear events but as a “series of traumatic clusters”- in the likes of Penda’s Fen and Children of the Stones, in the works of Alan Garner, Susan Cooper and MR James, time runs deep and odd. Places and relics might grab passersby from their todays with ease; history might be now and England, but it is also dangerous.

However time happens in folk horror, its rhythms have nothing to do with capital – and a reclamation of our daily frame from the gaping maw of neoliberal capital is something in which the contemporary left has become increasingly interested. At its least esoteric end, this campaign involves the 4 day week and Rebecca Long Bailey’s “right to log off” policy; ideas about extricating the shape of our days and lives from our labour. There are strands of this political work and the theory which accompanies it, however, that wander off in a distinctly folk horrific direction. The increasing popularity of hauntology puts these tendencies on display, as does Jonathan Crary’s idea of capital as having brought about a world of “24/7”, where time works differently, bent around the wheel of production and “optimisation”. If the current disturbing running order of the world has interfered with time itself, folk horror offers a vision of time and place as having a strange and stubborn agency of their own.

As well as sharing some similar ways of thinking about the world, the contemporary left shares some of folk horror’s aesthetic sensibilities. In Britain, the 1970s was arguably the golden age for the genre, when its tendencies even spilled over into public information films such as the profoundly unsettling Spirit of Dark and Lonely Water; even The Loney, published in 2014, is primarily set in the 1970s. Accusations that, post-2015, Labour wanted to take Britain “back to the 1970s” might have been more scaremongering than political reality, but descriptions of Jeremy Corbyn as resembling a “British rail booking clerk moonlighting as a polytechnic sociologist” had a ring of truth about them. There is something faintly Scarfolk about our recently departed leader. The night side of his nature might be somewhat obscured, but Corbyn does carry with him hints of the weird and the eerie, a sense that maybe time hasn’t moved in quite the same way for everyone, and that there are pockets that survived the flood – pockets into which 40 years of Thatcherism have yet to seep.

Edward Parnell’s folk horror pyschogeography-cum-memoir Ghostland is an excellent and readable introduction to a wide variety of folk horror films, texts, and tropes. The author finds a kind of solace in the uncanny, using the culture he writes about as a means of revisiting his childhood. This is something I also do; in times of stress, I often retreat into the familiar world of horror. December the 13th of last year saw me clawing for some sense of consolation after Labour’s devastating election defeat by rewatching the highly disturbing 2013 folk horror film The Borderlands, in which a team of Vatican investigators uncover something old and terrible underneath a remote chapel in the English countryside. Folk horror is what we so ardently believed might be in our grasp throughout the general election campaign- it is the world of the horribly, brutally possible. It struck me then that perhaps its greatest appeal for those of us on the left is the belief that another world, a stranger and more vivid world, might loiter closer to our own than we suspect. 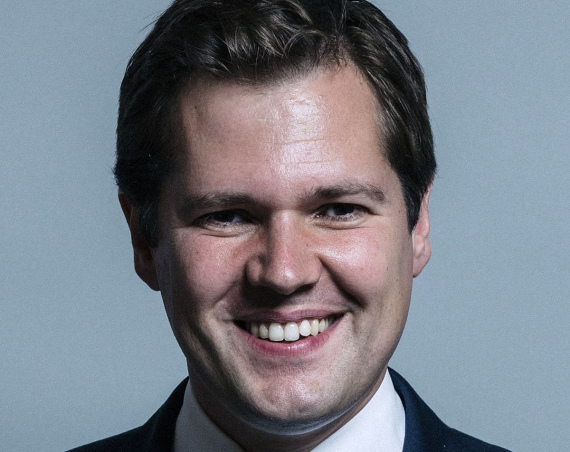