The last two months haven’t been the greatest of my life. Fundamentally, I’ve been one of the lucky ones. My job is safe and I’ve been able to work from home. I’m pretty bored with lockdown but I seem to be coping well enough. And I haven’t been seriously ill (like about half the population, a large majority of whom will be wrong, I sort of think I might have had the virus a few weeks ago, but if so I saw it off without much difficulty.)

Crucially, my family has been fortunate too. My parents are nudging towards an at-risk age group, not that I can get them to believe that, but they’re both in robust health. My sister’s well too. As I say, I am one of the lucky ones. But it has still been absolutely rubbish. I haven’t touched another human being or sat down outside my own flat in over two months. During that time, I’ve only gone out the door to exercise, buy food or to take out the bins. Frankly, I’m sick of it. But I’ve kept at it – and will continue to follow government advice – because it’s the right thing to do. The more people who do the same, the fewer people the virus will kill. It’s as simple as that.

At least, that’s what I’ve been telling myself. It’s very, very hard not to feel like a mug today though.

It’s not so much that I’m angry with Dominic Cummings, though I’m certainly struggling with the fact that he now appears to have been popping between London and the North East whenever he feels like it: we can all make stupid decisions when under stress. No, it’s the sheer extent to which the government has lined up to pretend that his behaviour was eminently justifiable: or, to put it another way, to make it very clear that most of the Cabinet think our heads button up the back.

We are being asked to believe that the preemptive decision Cummings and Mary Wakefield made to travel the length of England – while government advice was emphatically not to either travel or to visit relatives – in case their health deteriorated to the extent that they couldn’t look after their young son was a proportionate and reasonable response. And this line has been pushed vigorously by a stream of government frontbenchers, from Rishi Sunak and Michael Gove down. Local government minister Simon Clarke ridiculed critics, asking ‘do we want to see 4 year olds taken into state care in this situation?’: effectively asking the public to believe that the Prime Minister’s chief aide had no other options in London beyond throwing his son upon the mercy of the government.

We are also being asked to agree that Dominic Cummings taking his family – at least one of whom they *knew* to be infected – on a car journey covering the best part of 300 miles (and if a family of three including a toddler managed the whole trip without stopping at a single service station I’d be impressed) was a reasonable and proportionate move.

Nobody is saying that it’s not a natural, human impulse for Cummings to have wanted his son to be near other family members. But that’s the point. In the global struggle against this virus, we are all of us being asked not to do what is natural and human. It’s not natural and human to go for weeks and months on end without human contact, barely leaving the house. Hundreds of thousands of parents will have been infected with the virus and struggled with the question of what to do. The government should not be allowing them to believe that ‘travel hundreds of miles to be nearer relatives’ was a valid answer.

The concerted government defence of Cummings can only serve to undermine the wider public health message. Health Secretary Matt Hancock took a break from telling the public to follow the rules to opine that ‘it was entirely right for Dominic Cummings to find childcare’. Frankly, he knows better than this, and no condemnation of his display of spinelessness can be too harsh. He’s likely to find himself with a more hostile public audience than before after this stunning demonstration of hypocrisy. If a less compliant public leads to a resurgence in infections, it will be a wholly avoidable tragedy.

Cummings is believed to have (first!) travelled to Durham on 31 March. The day before, 13-year-old Ismail Mohamed Abdulwahab died in a London hospital after testing positive for Covid-19 the day before. When his funeral took place later that week, his mother and siblings were forced to stay away after testing positive themselves. Tens of thousands of people have died in hospitals and care homes, their relatives denied the chance to say their last goodbyes. And Dominic Cummings was travelling across the country for a change of scene.

The public will remember this. This isn’t a failure of government that affects a few hundred people, a few thousand people or even a few million people. Every single resident of the UK has been asked to change their way of life over the last two months. Every single one of us has been asked to make sacrifices. Now it turns out that the people who have been asking this of us never had any intention of doing the same themselves. They may never be trusted again. 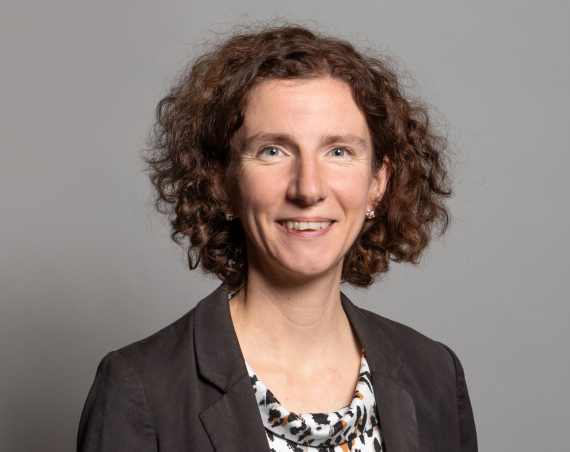 No, Keir Starmer should not reshuffle Anneliese Dodds

The Social Review Podcast Episode 10: Out of Control?