Due to whatever virtue (loyalty) or character flaw (obsequiousness), I was never radicalised; my politics are those of my mother, only less so – a big state social democrat with a passion for human rights. My household was intrinsically political; we ate our vegetables because not doing so was an offense to the people starving in my very street, we followed elections religiously, and we shared everything with friends. It never occured to me that my childhood was unusual in this way: the odd ones were the kids who didn’t feel strongly about Lula and Brizola and American injustice towards our other Third World brothers.

For this reason, I find political journeys a bit foreign; it’s hard to imagine not being aware of politics as a thing that permeates life itself. The issue is that my experience is not universal. Politics takes place in the background of life for most people, and there are reasons for that. The system is built to be discouraging, inaccessible and above all, crushingly dull. Unless something specific catches the public’s eye, even measures which directly affect them will pass by without much notice, and fundamental injustices will become mundane facts. This is particularly true for the middle classes. One of the enchantments of a relatively secure life is the promise you don’t have to worry about “that sort of thing”: you have escaped to safety, secure in the knowledge that the hurt is almost always someone else’s.

It is hard to know when one incident can wholly shatter that wall. It’s too soon to be sure, but the saga of Dominic Cummings’ flagrant violation of lockdown rules could be one such example. Boris Johnson’s closest adviser certainly did not win much favour with his general attitude: at a time when so many are struggling – separated from their loved ones and terrified of an illness they don’t quite understand – the feeling that someone who was meant to set an example failed – and scoffs at that failure – is an immense betrayal. While this certainly won’t bring the government down, it has enraged many and jeopardised the idea of lockdown as a truly collective effort.

Some on the left react to this idea with incredulity and derision. If the Tories escaped accountability for atrocities such as austerity and Windrush, only to be brought low by this tale of one man’s misdeeds, isn’t that fundamentally bizarre and unfair? In many ways, they’re absolutely right. Where was that anger at all the other ways the Tory party hurt people? The ugly truth is that it simply didn’t register; or it became easy to ignore. It is unfair that so many enjoyed the luxury of looking away while so many others had to live with the consequences. It is tempting then, to file this anger away as a violent but temporary strop without real significance: but the reality is that no leftist movement can thrive without the radicalisation, or at least the increasing anger, of the otherwise better off.

Many of the people angry at Dominic Cummings are not the ones the left likes talking about or to. They are not necessarily ideological, and there is a certain naivety or even outright sympathy in their view of the Tories. In December 2019 they might have seen the Labour Party as unfit for power, and Jeremy Corbyn as incompetent at best. There is also a certain intellectual snobbishness in some left-wing reactions to this public outpouring: that these people were too earnest in their belief the system worked, that they refuse to look at their own privileges, or that they don’t understand deeper levels of academic thought. Some of these might be true – it is certainly true that Dominic Cummings is a feature and not a bug of Conservative rule – but in the world as it currently exists, they are the majority. To state this is not to admit defeat and retreat to an awful Blue Blairism: on the contrary, it was the alliance between the not so engaged and Corbynism that produced Labour’s best result in a decade three years ago.

Successes often teach the wrong lesson. The idea that these people were not necessary to win power was one of the worst lessons the Corbynite left learned from 2017, and likewise, the people who thought they did not need the Labour party to defend them from the Tories have much to regret. What 2017 did prove was that the Labour party did not have to be centrist to win the centre ground, and did not need to disguise its leftist ideals to win public support for its political programme. Corbynism was at its best when it was sold as a wholesome movement about a country where people could take care of each other, led by a nice eccentric gardener. It was that, not rhetoric about a great revolution, which struck a chord with the public.

With a new (small-n!) Labour leader, and the fallout from the Cummings affair and what it reveals, there is a new chance to re-engage with the people who will be angered by the actions of a disgraceful government. The question of how to capitalise on this chance is an important one for the broader left, but particularly for the left within Labour. The consequences of the 2019 election are so grave that we must realise that we need to learn how to live with each other, and learn how to fight a common enemy. The work has to start somewhere for all of us: why not with this? 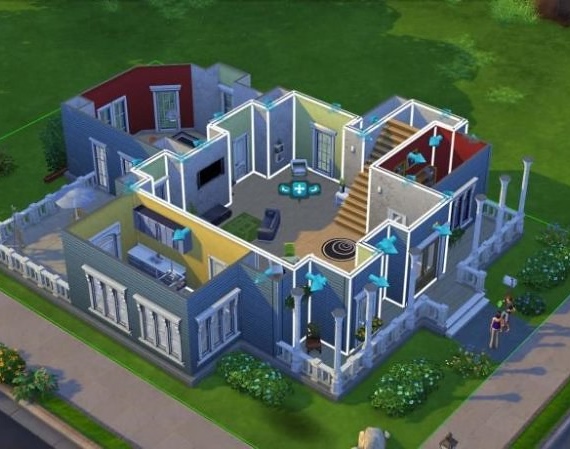 The Social Review Podcast Episode 17: The Future of Socialism at the Seaside