It wasn’t a Westminster bubble story. 71% of people polled felt that he had broken the rules and we’ve all heard the stories of MPs’ inboxes flooded with emails from angry constituents. Hugh and Julia have already written excellent pieces on this issue, but I want to focus on a particular narrative that was prevalent as this saga began – that, by joining in the criticism of this, the left were making the same mistake as they made with the prorogation of parliament: that this was a battle fought along culture war lines, that the right would eventually emerge triumphant, and that voters would love the maverick rulebreaker Dominic Cummings.

This line was always based on a misreading. The reason the Brexit issue proved devastating for the left at last year’s election was that the Labour Party had (perhaps for want of any better option) allowed itself to be part of a plausible narrative where the establishment were working together to frustrate the democratically arrived upon view of the people. Dominic Cummings was able to point at a coalition of parliament, the courts and media figures and say “they want to overturn your decision”. Meanwhile, the process was frustrating to outside observers and increasingly convoluted. Get Brexit Done worked because everybody just wanted people to stop messing around.

This is different. The government asked all of us to endure unprecedented restrictions on our liberty in exchange for the protection of collective public health. People made emotionally fraught sacrifices, including missing out on being with their relatives in their last moments or being able to attend their funerals. When it appears that those at the top of government did not do the same, it rightly makes people angry. It is Dominic Cummings who has managed to position himself on the side of the elites this time – and people are united in their disdain for his hypocrisy. This isn’t a culture war issue where the country is split. The country has overwhelmingly concluded that it is one rule for Boris Johnson’s closest adviser, another for everyone else.

As a former primary school teacher, I cannot hope to adequately describe in words the visceral reaction I am having to the government and sections of the media’s monstering of teachers.

Every single teacher wants to be back at work with the kids (and it’s not as if they aren’t still working anyway!) but it is completely reasonable to ask to not be sent back to schools prematurely, in a situation where safety is potentially compromised and the list of logistical headaches too long to count. The union’s demands are the very definition of constructive opposition. The born-again self-appointed social justice champions who insist that children need to be back in schools as quickly as possible ought to actually engage with the reality of the situation. Top scientists have warned that the June 1st opening date remains unsafe. Following a decade of deep cuts to both welfare and education, it feels doubly insulting that these fresh conservative converts to the cause of educational inequality think they know better than those on the frontline.

An unanswered question of our times is exactly what the world is going to look like “when this is all over”. Exactly what “this” and “over” will actually end up meaning remains unclear. The world has found itself plunged into a crisis which, not so long ago, most of us would have found unimaginable. Rutger Bregman argues that the central question of these times is whether we are faced with a moment best described by Naomi Klein’s book The Shock Doctrine (where crises are exploited for right-wing ends) or one encapsulated in Rebecca Solnit’s book A Paradise Built in Hell (where disaster leads to a revival of generosity, altruism and resourcefulness). But you know all this, obviously.

Extraordinary times call for extraordinary clichés. Is it possible at the moment to read a news article, a blog post or a tweet about the pandemic without a Second World War analogy or a comparison with the political response to the 2008 banking crash? It’s a perfectly understandable impulse to seek parallels, but Adam Tooze is right that what we face today is like nothing before.

That’s crucial. Any serious project to revitalise a new programme for the times has to begin with a sober analysis of the circumstances. This involves recognising both the uniqueness of the moment as well as its historical precedents. In this context, then, it is worth thinking about another cliché:

“Only a crisis – actual or perceived – produces real change. When that crisis occurs, the actions that are taken depend on the ideas that are lying around. That, I believe, is our basic function: to develop alternatives to existing policies, to keep them alive and available until the politically impossible becomes the politically inevitable.” – Milton Friedman

Friedman isn’t exactly a thinker from whom the left normally draws inspiration, but he was onto something here. It is clear that this crisis has thrust certain ideas to the forefront of mainstream thinking, most notably UBI. As well as the promotion of ideas such as this, the government’s furlough scheme means we are already seeing a huge expansion in the number of people being paid by the state. This presents an interesting opportunity. Despite its ultimate electoral failure in 2019, the Corbyn era produced a revival in radical innovative left wing thinking and policy development in the UK and similar phenomena can be seen elsewhere such as in the USA with the Bernie Sanders campaign. A large body of work was developed concerning, amongst other things, democratic forms of ownership and decarbonisation. This took place within grassroots campaigns such as Labour for a Green New Deal, as well as in the network of left policy think tanks including Common Wealth, IPPR, Autonomy and more. More recently, James Meadway’s piece for this site on Labour’s Legal Turn demonstrates that there are plenty of ideas lying around fit for our times.

Enter Keir Starmer. His leadership thus far is perhaps best described in Julia’s fair minded account. There have been clear mistakes (not least on rent and on Kashmir) but he has quickly scored some clear-cut media wins through the VE Day Telegraph front page, the 5 minute prime-time address to the nation on the BBC and a set of dominant PMQs performances. It’s increasingly clear how he is positioning himself to the public and some (very) early indicators suggest that it is working – especially following his sure-footed response to the Dominic Cummings scandal. If this holds, it is a huge opportunity for social democracy.

It has been cheering to see Anneliese Dodds reject in no uncertain terms the austerity measures floated by the Treasury and there have also been promising noises from the likes of Jonathan Reynolds, Ed Miliband and Rebecca Long-Bailey. However, it was deeply concerning to read of Thangam Debbonaire’s recent retreat from the principles of universalism. It is vital, then, that Labour, as Keir argued himself during the leadership election, avoid any temptation to oversteer away from the policy developed under Jeremy Corbyn. Instead, they should make use of this impressive left wing policy network that has developed, along with the grassroots membership, to lay the foundations for a genuinely exciting radical social democracy suited for our times. I understand some of the scepticism and pessimism that many from the Left will feel when faced with a leader they do not see as a member of their wing of the party, but it’s only through embracing many of the “ideas lying around” that Labour can build a radical social democratic post-COVID consensus.

Stephen Bush: “There are loads of reasons why the Tories are going to have a bad night.” 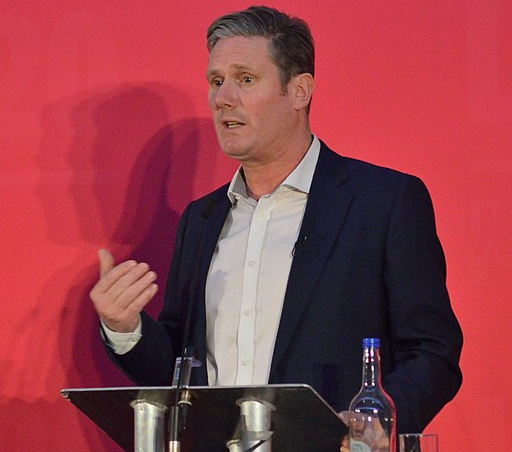 Keir Theory: The Importance of Being Earnest