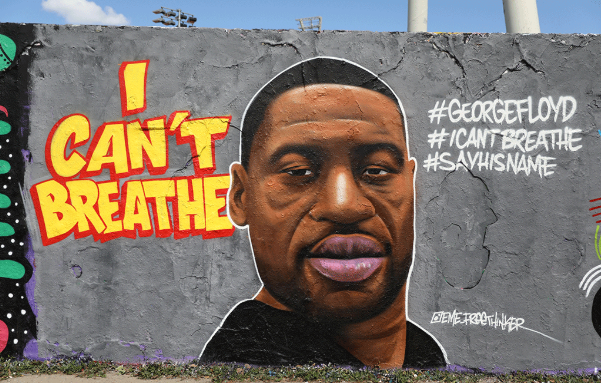 I was initially approached to write a few words for the Social Review about the work of the 1987 Caucus and the under-representation of Black men within the Labour Party. However, recent events in Minnesota and across the United States have become impossible to ignore.

The killing of George Floyd is an all too familiar American story. A “routine” police stop for a minor crime (or no crime at all), a violent escalation, unnecessary violence, a dead black guy, a social media post, public anger, no accountability, no meaningful change, rinse and repeat. The only difference was that instead of being placed on “administrative leave”, the officers involved were, correctly, fired from their jobs and one was charged with third-degree murder. But with only 35 officers being convicted of fatal shootings between 2005 and 2018, in a country where around a thousand people are gunned down by the police every year, I am not holding my breath for true justice being served.

George Floyd joins the list of Black men murdered by the boys in blue for doing nothing more than having the audacity to be black. Tamir Rice, Trayvon Martin, Eric Garner – who, like Floyd, died telling his killers that he could not breathe.

And yet people get mad when Black people start to fight back.

Police are often called on black people doing nothing but leading an ordinary life. Last week, we saw the video of Amy Cooper calling the police to tell them that “an African-American is threatening me” in New York. His crime? Telling Ms Cooper to follow the rules and put her dog on a leash in Central Park.

The police in the United States are institutionally racist: we all know it. They are more than happy to arrest, search and harass anyone for no other reason but their skin colour. We saw it when a black CNN reporter and his team were arrested on live TV, while at the same time, in the same place, a white CNN reporter was left alone.

Many people in Britain have a regrettable tendency to use this as a way to distinguish us as Good, and them as Bad. They look at the news and tut – “what terrible events, that would never happen here”. Most of them (if not all) are simply revealing their white privilege. If you talk to anyone of colour who has had to deal with the police, they will tell you a completely different story.

Believing that our police are “better” when it comes to race relations is a dangerous fantasy that people tell themselves, so they don’t address the real issue of institutional police racism in Britain.

I’m not being dramatic when I tell you that the only thing that is blocking the police in the UK being an awful tribute band to what we see in the US is the fact that our bobbies are not  usually provided with firearms. We don’t have to look far to see real, concerning institutional racism in UK law enforcement. Earlier this month we saw the sickening video of Desmond Ziggy Mombeyarara, who was tasered by Manchester police in front of his screaming child. Even this week, we saw the video of an ambulance driver being unnecessarily stopped and searched by a police officer, and then being unreasonably detained after politely asking her not to grab his arm. Hell, I had my own troubles with the police, being questioned about my intentions when I was going for work experience in City Hall in my suit. People of colour have these tiny stories of being targeted by the authorities every single day.

And all of that gets to my main point within the Labour Party. If we want to truly call ourselves an anti-racist party and address this issue, the first step is to stop calling for “more bobbies on the beat”. In my opinion, one of the most significant failures of the Corbyn leadership was the failure to shift the debate and open up a real discussion on true justice and police accountability. Instead, Labour continued to stick to that dangerous fantasy that we must simply hire more police officers, and that would somehow bring down more crime.

It ignores the concern of black communities who are scared every time a police officer approaches them, it ignores the black parents who have to teach their children how to talk to authority figures correctly, and it ignores the people of colour who have to record every interaction with the police so that they are protected against the potential injustice they may bring.

Before even thinking about hiring more police on the streets, Labour must first shift the topic of discussion away from this dangerous fantasy and towards fundamental reform of the justice system. It must campaign for drug decriminalisation (especially on cannabis). And finally, it should fully engage with and address racial inequality when it comes to crime and justice.

As part of this, we will need Black men within the party to speak up from their experiences and drive real change. Which is why it is a shame that black men are today one of the most underrepresented groups in British politics. Labour has only three black male MPs, and just 81 of 1,026 BAME councillors are black men of African/Caribbean descent. For black men to be empowered to speak out, we need the party to do more to listen, encourage and champion them to rise up and get involved with the party and politics. You can’t achieve true racial justice without engaging with the black community. Which is why the work of the 1987 Caucus – named for the 1987 election which saw the first black MPs elected to parliament – is so important.

It is not a matter of if, but when, an incident like the murder of George Floyd happens in the United Kingdom again.  I pray that Labour is on the right side of history when that time comes.

The Social Review Podcast Episode 37: The State of HS2 with Jonn Elledge