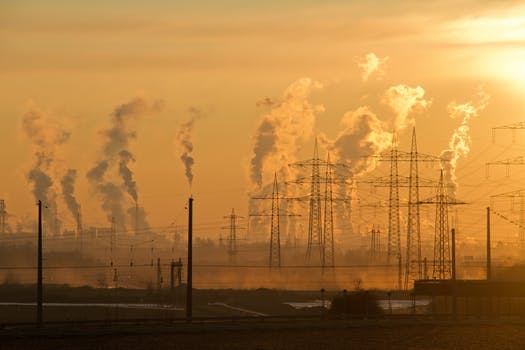 Whether a newspaper or television network strives to be “objective” or whether it wears its opinions on its sleeve, it remains a common misconception that all points of view receive an equal share of air-time, and that mass media has a wide and balanced variety of sources to call upon. Nowhere is this fiction more obvious than in the coverage of climate change. The press continuously reports it inaccurately, politicians on all sides ignore it insistently, and the world continues to burn.

2017 was the 41st consecutive year since 1977 to see global land and ocean temperatures above the 20th century average. The six warmest years on record have all occurred since 2010. This warming trend is shown by every independent method of calculating global temperature change.

In response, too much of the media continues to insist on giving a voice to “both sides” of the “debate”. One result of this is that Americans are far more sceptical about human-caused climate change than they were a decade ago, despite a virtually unanimous scientific consensus that it is happening and that it is being caused by human activity. Yet faced with a denialist one-liner from President Trump with little grounding beyond a sense that if an expert said it, it must be wrong, the media persistently treats it as a legitimate argument between two sides that demands “balance”.

The coverage of the crisis directly shapes public opinion about its importance and validity. It is no wonder that when the same wildly misrepresentative and dismissive debate is presented every time – and treated as if it has ended in the same inconclusive “he said, she said” way every time – the only result is that climate change is pushed further down the list of priorities by governments and ordinary citizens alike.

And that is only considering the media outlets acting in good faith. From expressing a lack of trust in scientists, scientific institutions, and their conclusions, to characterising the acceptance or rejection of climate change as an ideological (rather than scientific) issue, the right-wing media has dedicated itself to delegitimising nothing less than the field of science itself. In a column, Washington Times writer Jeffrey Kuhner claimed that the scientific consensus on climate change is really ‘junk science,’ ‘the greatest hoax of our time’ and a fabricated ‘dark prophecy of an eco-apocalypse’. Kuhner maintains that ‘the secular left needed a new cause’ following the collapse of communism and ‘found it in green socialism,’ which he says is now central to their goals of ‘crushing capitalism.’

And here the real motive behind climate “scepticism” is apparent. It is not driven by some need for balance, or a desire to give a fair voice to dissenting opinion. Rather, it is about upholding the same ideological line of thought, driven by a short term self-interest inherent to capitalism, that is shared by both energy companies and moguls like Murdoch and Trump. Nearly every climate sceptic has been funded by the energy industry. Since 1998, ExxonMobil alone has spent $22 million on conservative think tanks who are regularly cited by those who wish to create the impression that there is no scientific consensus on the topic.

Tactics like this are perfectly tailored to the rising trend of journalists preferring to use lobby groups such as the Taxpayers’ Alliance as sources over, for example, individual scientists – a big reason why coverage of the topic has become so ideologically biased. Lower level journalists are grateful for news packaged to go to press with a ready-made topline. Where the angle pushed by these groups coincides with the editorial line of a newspaper or television network, this can create the conditions for it to become over-reliant on particular sources, and more rigid in its ideology.

In some cases these ideological misrepresentations take the form of direct orders to stifle the truth by any means necessary. Fox News Washington managing editor Bill Sammon (still in position), sent an email questioning the ‘veracity of climate change data’ and ordering the network’s journalists to ‘refrain from asserting that the planet has warmed (or cooled) in any given period without immediately pointing out that such theories are based upon data that critics have called into question.’ This directive was issued less than 15 minutes after Fox correspondent Wendell Goler reported on-air the World Meteorological Organization’s announcement that 2000–2009 was the warmest decade on record.

We see similar tactics in the UK. The Daily Mail habitually dismisses all attempts at restricting carbon emissions and attacks “green taxes” as measures that damage industry and put undue strain on the consumer. The real beneficiary behind this coverage is not the average taxpayer these columns claim to represent, but lobbying groups whose “findings’ form much of the reporting on the matter. The Mail has given over five times more space to the views of the climate sceptic Global Warming Policy Foundation in recent coverage than to any other source,. The part missed out is that the genesis of the ‘green taxes’ campaign was a lunch between the then Daily Mail editor Paul Dacre and Lord Lawson, founder of the GWPF.

Given the misinformation inherent in the right-wing media’s coverage of climate change, left-wing outlets might be expected to disproportionately cover the opposing viewpoint. But these organisations too often fall into the very same traps. In reporting the effects of climate change, the liberal media still makes few mentions of the global corporate efforts to obstruct even trivial action and to destroy the environmental movement. Outlets such as Channel 4 News, usually thought of as sympathetic to the left, play into right-wing narratives by covering cold winters in the UK with reports asking  ‘Did scientists get it wrong about global warming?’

This retains the pretence of covering ‘both sides’ of an argument already manipulated by vested interests. But it is striking that only one angle ever seems to be heard from the debates claiming to present both sides. Even the theoretically impartial BBC rarely addresses the question of whether growth can be sustainable on a finite planet, or examines the links between likely climate catastrophe and the destructive practices of global corporations, financial speculators and banks.

In this context, it seems almost impossible to get a truly unbiased and purely scientific view of climate change and environmental collapse. This is in part due to media outlets like Fox News and the Daily Mail: as long as they remain wedded to a right-wing, hyper-capitalist agenda, they will promote its preferred political lines, including climate denialism. But if even the more sympathetic media cannot draw a line in the sand accepting the scientific consensus, we cannot begin to solve the problem.

The Social Review Podcast Episode 54: Not the end of ideology