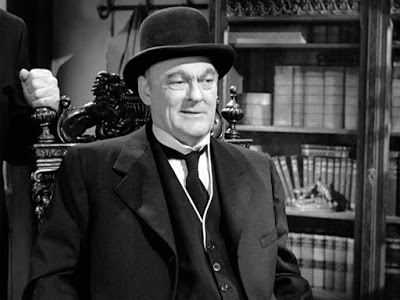 I spend a lot of time talking with my mum. Sometimes when I’m at the tills, our conversations spin around in my head, oftentimes out of sheer bewilderment, but there’s a modest kind of genius that can only come from parental discourse in your mid twenties.

About two months ago, during one such conversation, she made a bold statement – so bold, in fact, that it’s been rattling around in my mind to this day. It was a bold statement that would put a middle-aged Welsh public sector worker in intellectual allegiance to Keir Hardie, Adam Smith, and Mao Zedong. Not the most natural of coalitions, but there exists a dialectic that can unite all, from the most influential thinkers of our time, to a part time physical rehab nurse for the NHS.

What was this statement?

“There shouldn’t be landlords.”

In fairness to her, she hadn’t found this position within the petit bourgeois walls of high socialism. She’s never read a word of Capital, she definitely doesn’t know who Engels is, and probably finds Labour’s annual singing of the Red Flag at conference to be a genuinely unsettling experience.

She found this position reading the eviction notification we’d received for our privately rented home near two years ago.

Our landlord had been affected by the Stamp Duty increase in the Osborne budget in 2016. He chose not, as some would argue he should have done, to simply reduce his profit intake, or to live a slightly less lavish lifestyle. He chose, instead, to sell off all his housing, cash out, and be done with the con. He was alright, his sales went through fine.

This reflects one of the many problems posed by the role of the landlord within our modern, mixed economy. The state passes legislation to increase taxation on additional home ownership (a sensible decision) which results in at the very least ten families now having to look for new housing within a very short period of time at the expense of the state (a not particularly sensible end result).

So what can be done about a class (I refuse to refer to landlordism as a profession) that does not react to market forces to solve a problem, nor reacts to state intervention in a manner that actually favours redistribution or the human right to shelter?

Neither myself nor my happily council housed mother are the first to realise the failures of private landlordism. From Smith’s “ignorant” landlord, “incapable of that application of mind” and undeserving of the rent that they charge, to Churchill’s scathing review of landlordism, claiming that “every step in material progress, is only undertaken after the land monopolist has skimmed the cream for himself”, there is historical confidence, even within the oft-ignored wisdom of the fathers of modern capitalism, that land should not be a commodity to be profited from simply by ownership.

Because let’s be fair: what on Earth do we need them for?

So what affords them the ability to charge us rent other than the system that we alone are responsible for creating? Nothing. They are able to charge us rent because at some point they came into extra capital that the tenants in society didn’t and decided to expropriate other people’s work into their own pockets. There’s only a limited amount of land – it’s a giant scam, and it isn’t sustainable.

That sapping of wages is a brutal truth to point out to people: why are we allowing this class, which produces nothing, improves nothing, and cares for nothing, to continually take from us while the cost of living increases more and more, year on year? Rather than having central government finance and patch over the holes in our pockets that landlords have created – not only for us as working individuals, but for our small businesses and communities – why don’t we just put on a new pair of jeans and stop letting landlords take our money? Working Britons in rental accommodation pay 25% of their wages to private landlords. Let’s use that on something more useful, something more fulfilling, not just another boat for the bloke who still hasn’t got your boiler fixed.

The immediate catchall solution to solving this problem is probably most appealing to the Zedong in all of us – just make it illegal to charge rent. Simple solutions, however, create simple problems. Simply put, therefore, the entire housing market would collapse, as property values would plummet and take any attached taxation and pension plan with them, as there are 2 million buy-to-let landlords in the country – not to mention there is no necessity for these individuals not to simply wait out the horror until a more landlord friendly government arrives to restore the status quo. So perhaps, for now, we might need to be more gradual.

So with no further ado, I present my three-step-plan to achieve the ultimate in Marxist-Marion-Maoist praxis: landlord abolition in the United Kingdom.

Drench the landlords in taxes they can’t run away from.
Give all renter’s groups the means to pick up the spoils.
Flood the market.

Firstly, and admittedly contradictory to my earlier claim that taxation of landlords is irrelevant as they are fundamentally immoral profit dependent leeches, is more taxation.

But rather than a milquetoast Stamp Duty, which realistically only served to stop the IPPR from inviting Tory-Housing-Minister-Of-The-Day to the Hague, the taxation model I propose should be sufficiently brutal to incentivise landlords releasing their property assets, and specifically the assets that they rent seek from.

Essentially a modified version of our best friend the Land Value Tax, this Landlord Tax would levy a yearly tax proportional to rents in the area around the property on all empty housing, and a high (above 50% of rental income) charge on any rental income the landlord is currently earning on housing, increasing by 5% with every additional property the landlord is renting. Basically, take the rules of the anticapitalist doctrine of Hasbro’s Monopoly, and invert them. Either the tenants stop being asked to pay such high rents, or the landlords ditch their money farms.

Part two: the supply is now much higher, and now we enter “rentiers are going to lose their homes” territory. But why does that have to be the case? The experiential value of the asset of a home far exceeds the commodity value of a house. We must appreciate that it is more important for a family of workers to live in safe and secure housing than it is for landlords to buy another year of private school tuition for their kids. The answer can be taken from Labour’s industrial policy.

John McDonnell has a groundbreaking plan to ensure that, when firms pack their bags because they’re no longer profitable in the manner that the richest (famously abysmal judges of value, as proved by the gaudy tastes of Kensington based Russian oligarchs) deem worthwhile, the workers will not lose out. When a closure is proposed, the next Labour government, powered by Massive John McDonnell’s Treasury, would offer the workers the right of first refusal. That is, the company would be legally required to make an offer to the workers, and now you’re asking “but wait, where will the workers, who are having the real value of their labour cut and supplied to the exact person selling their means of production, find the capital to buy their company?”

And lo, John Mac replies in my grateful words “we will give it to them”.

Central government (or in the case of the renters, localised pots of tax pounds from the aforementioned Punishment Tax), would give the workers the money that they required in exchange for part nationalisation or part state control – a seat at the table for the ministry, while every other seat is taken by a worker. I can hear The Red Flag now.

Apply this exact same principle to landlords, but intensify it. Every time a landlord wishes to change a contract, increase rent, ban pets, sell their property – literally any material change to the contract except to comply with more legislation – give the tenants right of first refusal, and offer them the capital to do so via a low rate mortgage in exchange for the establishment of a renter’s union or housing co-op, and a guarantee that the state has the next right of refusal – an act that would reverse the death of the council house at Thatcher’s hands.

An immediate symptom of the disease of landlordism is the fact that there are over 300,000 homeless people living in the United Kingdom, while there are over 200,000 empty houses not accommodating them.

Taxation has a dual purpose – it is to fund the activities of government, and to provide moral guidance to markets. There is clear reason to say that actually, failing to home someone while you own the exact thing they need to be homed is probably immoral. As such, our good old friend Land Value Tax comes in useful. Make it unprofitable to have empty property, and let the wallets of landlords do their work. You won’t find those properties empty for long if they cost more than they’re worth. If not put up for rent at a much lower price, they’ll be sold to someone else who has more intention of using the property for its actual purpose, more than likely someone who’s going to live there.

There is another side to the landlord-rentier relationship that goes far too often ignored. We need to empower renters against private landlords in the same way that Thatcher empowered them against councils. The Labour Party is already making very encouraging policy statements regarding them, but the idea of renters’ unions in the United Kingdom is still very much in its infancy. But such unions, backed up by a funding scheme from central government, need to be afforded right-of-first-refusal when a landlord attempts a sale of their property. If they need more money to do this, they should be entitled to the cash – either from central government, or from localised tax pots via the above mentioned land value tax, so that local people benefit from the dismantling of local landlords.

Finally, the most obvious piece of advice possible.

The argument for increasing the supply of low cost housing is well worn and no one needs reminding of Nye Bevan’s original intentions when it comes to social housing. Use the state’s unique ability to create a land monopoly, something that for some bizarre reason we currently limit to those with access to capital, and undercut the purposely inefficient landlord sector, for the good of the people of this country. Let them get back to using their earned wages for useful purposes, productive purposes, and get rid of the unneeded, unwanted, and unjustifiable parasite class once and for all. Maybe then, we’ll have the freedom from existential threats to our livelihood to be able to focus on the next targets. And who knows what after? 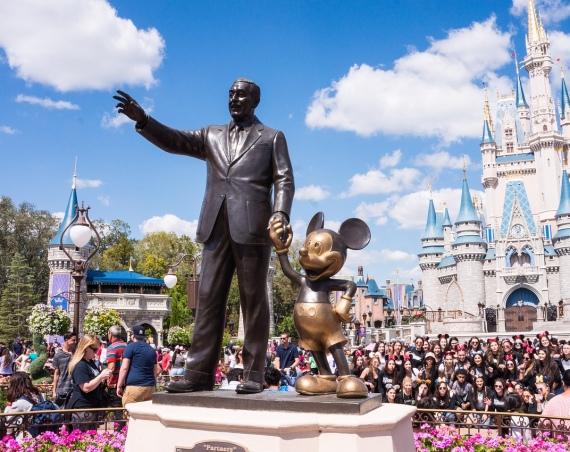