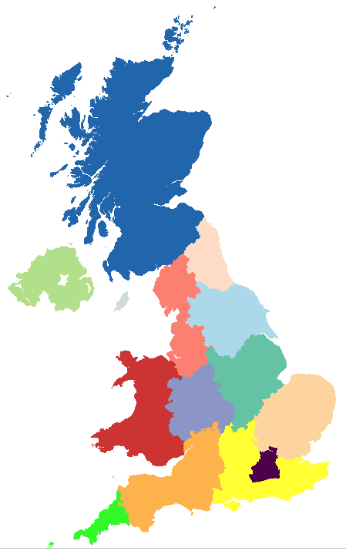 The most profound line in “Withnail & I” comes when Withnail brandishes the keys to his uncle’s country house and declares ‘free for those who can afford it, very expensive for those who can’t.’ It’s a line which, of course, reveals much about British life and the invisible network that holds together the class system: impenetrable to outsiders but casually and practically understood by those within it. The same could be said to be true about the present devolution settlement in the UK: Scotland operates effectively like a state within a state, with competence over a wide variety of issues, and Wales has a similarly arms-length relationship (albeit with somewhat fewer powers being wielded in Cardiff than in Edinburgh); Northern Ireland is its own special case – the absence of UK-wide political parties and the complexity of intra-community power-sharing makes for a unique environment somewhat outside the scope of this piece. England, meanwhile, has no devolution, stuck instead with transport commissioners masquerading as ‘metro mayors’ and the broken local government system discussed in my previous article.

It should, admittedly, be noted that there is no evidence of a strong appetite for increased English devolution. The 2004 referendum on establishing a North East Assembly was an embarrassing failure for its proponents – a 78% No vote on a 48% turnout – and the matter has been largely dead since then. However, one could also observe that the same was true of a referendum on continued membership of the EU before 2016. Few people are interested in constitutional questions in the abstract but they can be made so when a campaign is run which explains the practical benefits to them.

Additionally, the demographic dominance that a devolved ‘England’ would have within the UK would lead to any simple multinational federal system being fatally unbalanced. Federalism works in countries like the United States and Nigeria (to the extent that it does) because it effectively protects less heavily populated states such as Montana and Bayelsa from behemoths like California and Lagos. It is true that such protections could be built into a revised British constitution but there is another problem with the idea of an English assembly: namely, that England is to a great extent several nations within one. Inhabitants of Yorkshire, for example, feel a very clearly defined sense of identity which is expressed very differently from other forms of Englishness. The same is (arguably increasingly) true of Londoners.

Rather than devolving powers to England as a whole, one possibility might be to split England up into ten different devolved assemblies, using the borders of the nine MEP constituencies plus Cornwall. To explain further, this could create devolved assemblies for Greater London, the East of England (centred on Norwich), East Midlands (Leicester), West Midlands (Birmingham), South-West England (Bristol), South-East England (Portsmouth), Yorkshire and Humber (Leeds), North-East England (Newcastle), North-West England (Manchester) and Cornwall (Truro) (more romantic names could possibly be thought of for some of these). These assemblies could first assume the level of powers initially granted to the Welsh Assembly in the 1990s: effectively control over secondary legislation. Further powers might then be devolved according to a timetable set over 20 years (or so) until their powers match those exercised by Holyrood (or perhaps even going further, to the level of ‘devo max’).

This raises an obvious question: what would all this mean for Westminster? The simple answer is that it would be much reduced in power and size. I propose that the membership of the Commons should be lowered as powers are successively handed over to the devolved assemblies, with the ultimate goal being a chamber perhaps half the size of the present one. Central government would retain certain important roles, obviously over defence and foreign policy but potentially also over important national issues such as the level of income tax and VAT, the Law Offices in England and Wales and over immigration. Matters such as healthcare provision, sentencing guidelines and welfare distribution could be handled by the devolved assemblies.

The capital could even be relocated from London to another city, which wouldn’t have a regional assembly but might be revitalised by the arrival of the federal government – somewhere like Ipswich, Bradford, Sheffield or Liverpool. In addition, this constitutional reorganisation could provide the perfect opportunity to elect the House of Lords on a regional basis (with perhaps 10 peers elected for every devolved assembly) and create a proper senatorial branch of federal government.

Reducing the purview of federal government would stop these reforms being guilty of the charge that they are simply creating another layer of unpopular politicians. Rather, they would take the already unpopular politicians and redistribute them. In the smaller constituencies offered by the devolved assemblies, politicians will be made closer to their constituents and thus hopefully more accountable. We might also see the end of national figures being parachuted into a random safe seat and see genuine diversity in what our politicians look and sound like. In an era where people feel increasingly disconnected from politicians and our national institutions, surely bringing politics back to people’s communities can only do good?

Stephen Bush: “There are loads of reasons why the Tories are going to have a bad night.” 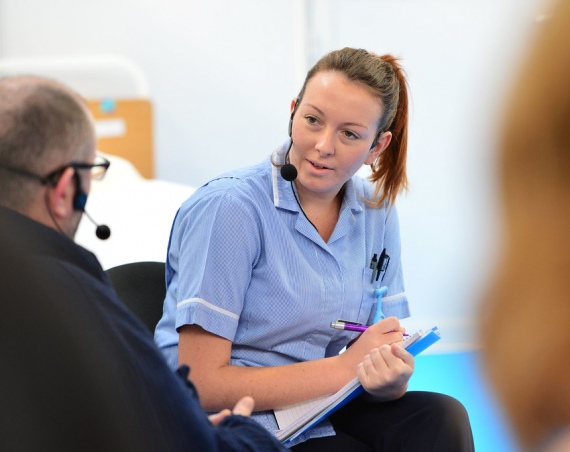 Social Care: The New Frontier For The Welfare State