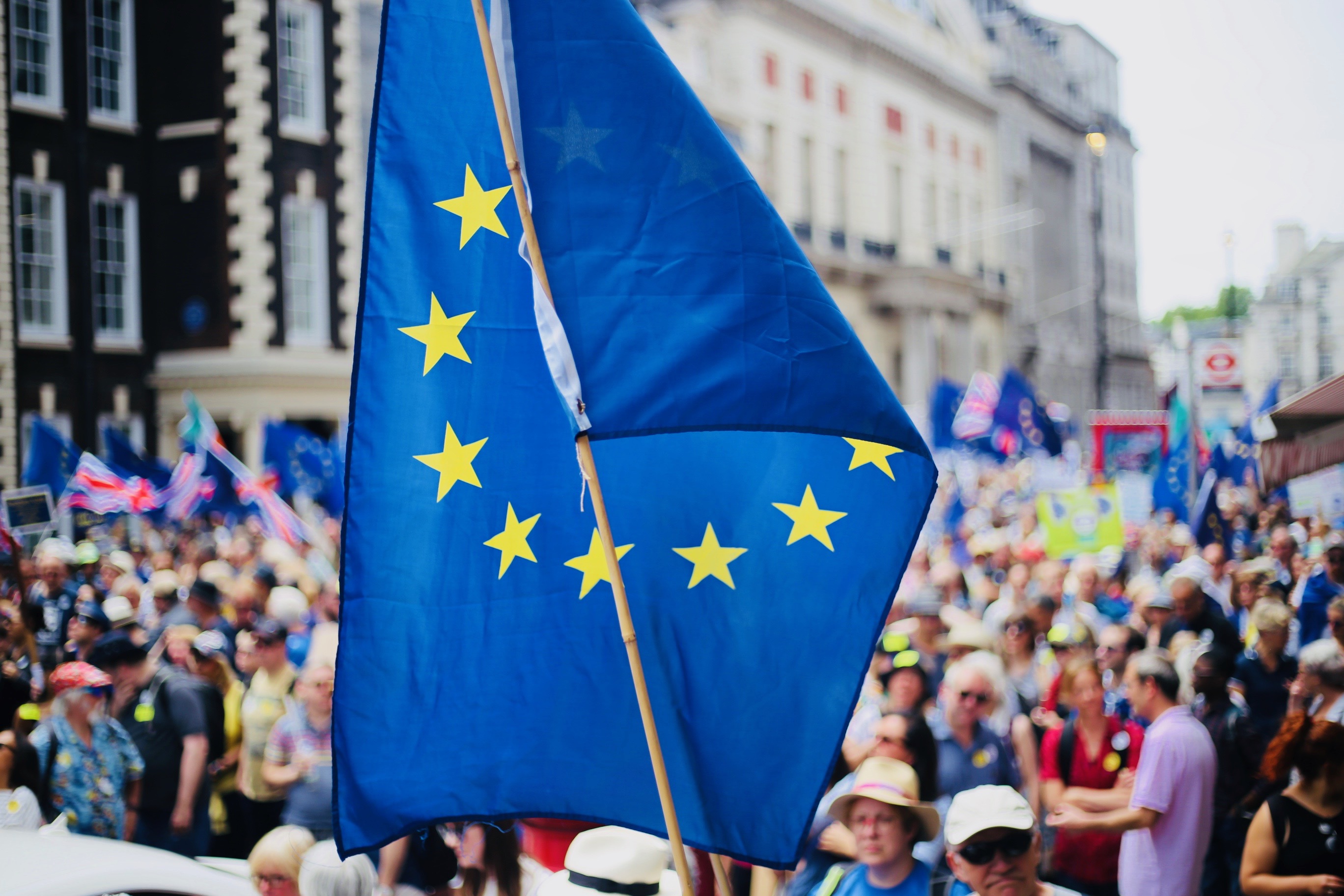 With election results, it is tempting to find an easy story to tell. The inevitable ambiguity and complexity that accompany them create a demand for narratives to join up the dots. Such narratives crave heroes and villains, exulting winners and humiliated losers. On that account, the winners in the local elections on Thursday were the Liberal Democrats and Greens, who respectively doubled and quadrupled their number of councillors. By the same token, the losers were the Conservatives and UKIP, who were each shorn of a quarter and a devastating five-sixths of their council seats. Labour, with its marginal net loss of seats, fell into neither category: neither triumph nor disaster, but stagnation. For Labour, no easy narrative will do. The party must cut through the obscurity of appearances to divine the causes of its performance—and, most importantly, work out what it must do about it.

The media commentary immediately pointed to the parties’ Brexit positions to explain the results. According to it, the local elections acted as a ‘proxy referendum’ in the absence of both Brexit itself—as 29 March rapidly recedes into memory—or a People’s Vote to ratify or refuse it. But of course, Brexit was not the only cause. Dissatisfaction with party leaderships also played a role, focused (fairly or otherwise) on Theresa May and Jeremy Corbyn. There were the usual share of anti-politics votes, contributing to the explosion of Independents and the Liberal Democrats’ recovery from their historic low. A turn against extreme ideologies also made itself felt—the nationwide aversion to UKIP in its new explicitly alt-right incarnation, or the damaging Labour-on-ex-Labour schisms in Swindon—as did the prevalence of other political trends in the news—as with the Greens and environmental protests. Voters also expressed their dissent on local issues—as in the Conservative loss of Guildford council after its unpopular redevelopment plans—or their disenchantment with local personalities—which factored heavily into the Liberal Democrat insurgence in Chelmsford. Or quite simply, the results reflected parties’ differing calculations from ward to ward and council to council as to whether each area was ‘worth contesting’, which affected the intensity of campaign funds and effort they dedicated to it—as happened with Labour-Green fights in Worthing.

But in a way that few national questions have done in recent elections, Brexit clearly pervaded and dominated the election campaign. Even if individual results came about for other reasons, they will now be collectively retrofitted into the Brexit narrative as the public’s attention returns to national concerns. The argument for this is fairly straightforward. Major national trends will out, however much the noise of special circumstances or local quirks might dampen or dilute them. With these elections, the headline is clear. Parties that oppose Brexit saw significant gains across the board; parties that support it incurred losses, often heavy ones. But this net migration of Remainers who objected to Brexit either in principle or in the increasingly extreme form on offer was only the visible part of a wider realignment. Leavers also shifted, either coalescing around the Conservatives as the de facto party in charge of delivering Brexit, or, exasperated by the failure of any party to ‘sort it’, taking their votes elsewhere, often—in the absence of the new Brexit Party as an option—to Independent candidates, many of whom were formerly UKIP figures.

Labour fell victim to both tendencies, largely due to the failure of its well-intentioned but quixotic quest to be a catch-all party for Remainers and Leavers alike. Instead of capturing both constituencies, it was abandoned in droves by Leavers, especially in the North of England, for being too hesitant in seeing Brexit through, and too ‘Remain-y’ in its attempts to soften the Brexit deal on offer, with a sizeable number moving to Independents and the Conservatives. At the same time, it alienated many Remain voters by being too ‘Leave-y’ in pursuing a Brexit that is not soft enough (or, indeed, pursuing Brexit at all), ceding them to Liberal Democrats and Greens—though it evidently retained and attracted just enough of them, especially in the South East, to help offset most of its losses elsewhere.

The available post-referendum Brexit opinion polls have long suggested both that there has been a turn against Brexit within the population, and that both sides of the question have become increasingly polarised and entrenched. These elections have largely confirmed that picture—but they have also had the effect of suddenly and starkly sidelining Labour in the Remain-Leave dichotomy. Liberal Democrats and Greens have wrested the initiative against the Conservatives away from Labour, filling a perceived vacuum of leadership due to (in some Remainers’ eyes) Labour’s refusal to ‘do its job’ as the main opposition party. Critics and opponents of Brexit, who have been clamouring for Labour to provide a more vigorous defence of Britain’s European attachments, have at least partly made good on their pledge to place their faith (wisely or otherwise) in other parties.

In this light, the aftermath of these elections presents Labour with a strategic necessity, and a tactical opportunity. The necessity Labour faces is the now-unavoidable task of substantially changing its approach to Brexit and Europe. Its studied vagueness and Janus-faced triangulation—symbolised by the undignified ‘he said, they said’ between its rival spokespeople Barry Gardiner and Keir Starmer/Emily Thornberry—has failed to bear fruit. Its position needs to be clear and unambiguous. This is not to say that Labour did not articulate its prior Brexit position, carved out at successive party conferences, loudly or often enough. It is more simply that its position was too contorted, too muddled, too untenable to resonate among the electorate—not to mention unviable as a negotiating position, given the EU’s oft-repeated red lines around freedom of movement. Labour needs to recognise where its greater voter success lies—with accommodating Remainers, not Leavers, in line with the Remain leanings of its membership—and revise its Brexit vision to keep Britain more closely tied to Europe. Economic integration without political membership, à la Norway or Switzerland. In other words, a decidedly softer Brexit than it has been offering so far.

But the insurgent success of the Liberal Democrats and Greens also means that Labour does not have to undertake this softening of its alternative Brexit offer all by itself. It can (must) seize the opportunity to forge a collaborative relationship with the newly-strengthened Remain-driven parties—who lie, rather conveniently, on the centre-left. Labour can court the electorally-sanctioned legitimacy of opposition to Brexit—especially hard Brexit—by extending an offer to work with the Greens and Liberal Democrats to develop a common position. If May refused to govern in the national interest through her consistent appeasement of hard-right factions within the Conservative party, Labour now has the chance at least to oppose the Conservatives in the national interest instead. Rather than continuing to ‘go it alone’ in its negotiations with the government, and pressing forward to find a rushed deal that will face another ‘meaningful vote’ in Parliament, Labour should insist that these talks take place with the inclusion of the other opposition parties—or at least, it should participate in them only as the lead representative of a united collective opposition view.

A caveat: as a potential party of government, Labour does not have the luxury—as Greens and Liberal Democrats do—of grandiosely positioning itself against any Brexit whatsoever, and simply rejecting the idea that the referendum should be respected on democratic grounds out of hand. Its electoral credibility, and its ability to hold the Conservatives to account, depends on its respecting the vote in some capacity. But it still has the freedom to change both the tactics and the content of its approach to doing so, to take into account the new realities of party competition sanctioned by Thursday’s results. Its role from now on must be to give a ‘Brexitising’ gloss to the evidently popular Liberal Democrat and Green appeals for a close future relationship between Britain and Europe, and take the lead in delivering them for the British public.

Of course, the electoral landscape from now onwards—most immediately for the European elections—looks slightly different, given the new formations of Change UK and the Brexit Party. But in essence, these merely reinforce and intensify the new centre-left / far-right Brexit dichotomy. It is beyond time for Labour to end its equivocation, and join forces unambiguously with the parties on the former side of that divide.

Marius S. Ostrowski is Examination Fellow in Politics at All Souls College, University of Oxford. He is a social theorist and historian of twentieth-century political thought, and has written on European politics, ideology, public opinion, and the history of socialism. 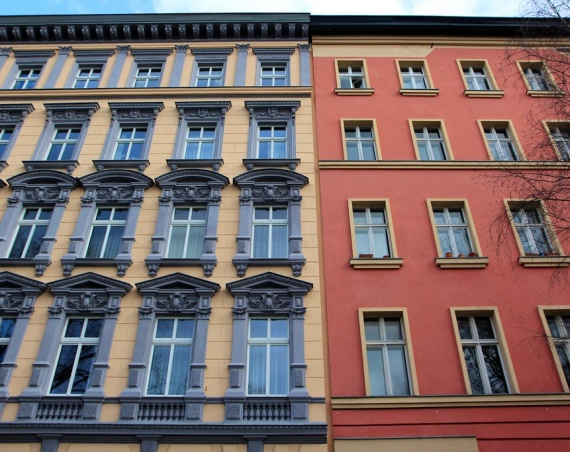