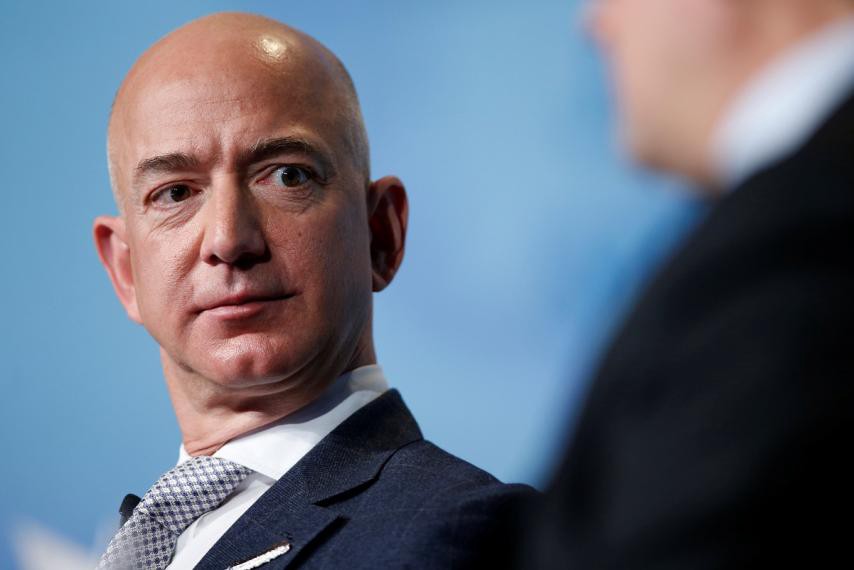 When we are children, we are taught to think about moral issues quite simplistically. We are told a lot about the importance of sharing and of being kind. Yet, when we reach the adult world, these seemingly basic moral principles often go out of the window. Suddenly, being selfish is no longer looked down upon in the same way, and in many areas, greed is encouraged. Instead of looking at a problem and arriving at a solution through the most simple and direct way possible, we are told that this is impossible and shown a variety of graphs and complex formulae justifying why. Poor people’s problem isn’t a lack of money, we are told – they are character-deficient and need to be made to work harder.

Water Aid estimates that 785 million people don’t have clean water close to home and Forbes estimates that there are 2,153 billionaires worth a total of $8.7 trillion. The combined wealth of these people would easily cover the cost of giving everyone in the world clean water, and yet we still allow them to hoard of wealth and resources far beyond what one person could ever come close to spending in their lifetime. Even the philanthropic ultra-rich, such as Bill and Melinda Gates, who have given over $50 billion through their charitable Foundation, could still give far, far more and remain extravagantly wealthy millionaires.

And yet, until recently, there has been very little public pressure on billionaires to do anything of the sort. Public discourse centred around economic growth – increasing the size of the pie – rather than distribution – slicing it up more fairly.This meant that instead of focussing on the morality of the rich and on considering what is a fair amount of wealth for any one person to have, attention remained on individuals, considered responsible for their personal increases in living standards. But with an impending climate crisis putting very real limits on any future growth, the fairness of distribution is becoming an increasingly important subject. It might not be possible or desirable to make the pie much bigger: we can no longer shy away from considering how it is shared out.

Morality-based leftist politics, often with religious foundations, has a long history. Clement Attlee, for example, was motivated to join the Labour Party after working at a charitable club for working-class boys in Stepney and coming face to face with the poverty and deprivation of the early twentieth-century East End. Attlee was not fervently religious – he famously told his biographer he believed in the ‘ethics of Christianity’ but not the ‘mumbo jumbo’. But seeing the hardship many of his neighbours faced first hand pushed Attlee to renounce his more Conservative views – he felt that economists ‘did not seem to realise that the abstract concept of labour consisted of a number of human beings.’

Whereas it was once common for politicians to talk about their politics in terms of religious morality, now it has become far less fashionable.Tony Blair was treated with suspicion and often hostility when he talked about his religious beliefs, being widely ridiculed for revealing that he had prayed over Iraq, for example. Tim Farron’s tenure as Liberal Democrat leader has been commonly seen as being undone by his refusal to answer questions about abortion and homosexuality. However, whilst religion might not be making a comeback in politics any time soon, there are signs that morality might be.

Perhaps the biggest target for those who morally disagree with the ultra-rich is Jeff Bezos, the founder of online retailer Amazon, and owner of the Washington Post. At the time of writing, Bezos is worth $112.7B, and is the world’s richest person. Bezos has attracted anger not only for his lack of philanthropy, but also his and Amazon’s consistent tax avoidance. Bezos announced his first big donation – $33M to TheDream.us – in 2018, but as well as receiving praise, this move also attracted a lot of ire. It was highlighted that $33M represents only about 0.0033% of his overall wealth- the equivalent of someone with $100,000 in assets making a donation of $33. Whilst other billionaires such as Gates and Warren Buffet have created and signed the Giving Pledge along with 204 other ultra-wealthy individuals, promising to give away the majority of their wealth either in their lifetime or in bequests, Bezos has so far refused to sign. Faced with far more money than he could ever manage to spend, at the same time as some of his low-paid workers resort to living in tents, it is not hard to make a moral case against Bezos.

More generally, whilst there may have once been a widespread public belief that the rich had worked hard for their well-deserved money, the sheer scale of wealth and the major role played by inheritance amongst today’s ultra-wealthy is testing this view. Views on wealth that may have once seemed confined to the fringes are increasingly gaining traction, particularly among young people who are often finding they have drawn the generational short straw. The twitter account @HasBezosDecided, for example, which has 38.6k followers and the name ‘Has Jeff Bezos Decided to End World Hunger?’, is dedicated to exposing the injustice of Bezos’ lack of philanthropy. Its bio highlights the fact that Bezos’ net worth would be more than enough to end world hunger, estimated to cost $11B annually by the International Food Policy Research Institute. Tweets attacking Bezos and other super-rich individuals for their lack of action and ridiculous spending regularly get tens of thousands of likes.

When normal people have been repeatedly told there’s not enough money for social services in developed countries, and progress on providing basic services has stalled in many developing countries, it’s not difficult to see why many people are starting to lose faith in economists and politicians who are intensely relaxed about people getting ‘filthy rich’. Even Peter Mandelson himself has rowed back from his 1998 comments which came to be indelibly identified with the embrace of the free market by British parties of both stripes, recognising the problem of rising levels of inequality and stagnating middle-class incomes as far back as 2012. Low taxes and trickle-down economics have been given more than a fair chance, and there is growing disillusionment at the fact that there are now over a million foodbank users in one of the richest countries in the world, yet tax cuts for the richest are still being contemplated. Globally, ostentatious displays of wealth are increasingly being met with anger, incredulity and calls for higher taxes.

What is increasingly motivating such beliefs is not just a Laffer curve-style belief in efficiency, but a genuine belief that it is morally wrong to allow some to have so much, whilst others have so little. We are constantly being shown the wonders man-made technology can achieve – AI, drones, robots – yet we are seemingly unable as a species to distribute the food and other resources we produce in such a way that doesn’t leave some people starving and others with super yachts. Combined with a climate crisis where many of the world’s poorest are the most vulnerable, and the use of private jets seems even more inexcusable. Politicians and economists are finding it harder and harder to defend the indefensible.

The words of Matthew 19:24: ‘it is easier for a camel to go through the eye of a needle than for a rich person to enter heaven’ might not be being extensively quoted, but the sentiment behind it is increasingly gaining traction. Whilst a mass revival of religion-based politics seems unlikely any time soon, religious ethics without the ‘mumbo jumbo’, as Attlee put it, still seems to hold widespread appeal. That might be bad news for billionaires.