Thursday’s general election may well be the most consequential of our lifetimes. There are only two parties who can form the next government. Boris Johnson and his hard-right Conservative Party present a blunt, nostalgic nationalism; the Labour Party offers a possible break with what Mark Fisher once called capitalist realism. Putting aside the personalities of the two leaders – as the media has been strikingly reluctant to do – Labour is offering the only political and economic programme that might deliver the transformative change this moment demands. The party’s manifesto, driven by a push toward universalism and the redistribution of power from capital to labour, represents a sincere attempt to imagine a radical social democracy fit for the 21st century. The Conservatives offer a Brexit which seeks to recapture a distorted vision of the past, an approach to public services that veers between managed decline and wholesale privatisation, and no meaningful action on the climate crisis.

This being said, we acknowledge that it is impossible to seriously discuss the choice before the nation without considering the only two people who stand a realistic chance of becoming Prime Minister. The Social Review is not beholden to any faction within the party and it is no secret that our writers come from a wide range of traditions within (and beyond) Labour. We abhor Jeremy Corbyn’s wholly inadequate response to Labour’s antisemitism crisis, and we understand and sympathise with the position of progressives who, considering this record, find themselves unable to back Labour next Thursday. This is not a decision that anyone will take lightly and we want to express solidarity with those who do withdraw their support, knowing that they do so in the utmost good faith. Following this election, regardless of the result, the Labour Party must make a serious commitment to engaging with the Jewish Labour Movement so that we can begin to make amends for these failures. Never again must the Labour Party go into a general election forcing people to have to weigh anti-racist moral considerations against support for the only vehicle that has consistently delivered material improvements to the lives of the working class.

Acknowledging Labour’s failings and understanding others’ choices, however, does not mean we do not feel obliged to resist, with all of our energies, an extension of Boris Johnson’s term as Prime Minister.

His Conservative Party is a party steeped in Islamophobic bigotry; a party which has sought to gain political capital from pardoning the perpetrators of historic war crimes; and a party whose manifesto actively discriminates against the travelling community. Austerity, a political choice made by the Conservative Party and their Liberal Democrat partners, has made food bank use and in-work poverty the norm, and cut our vital public services to the bone. It has, the British Medical Journal estimates, cost 120,000 lives. Whilst claiming to be a unionist party, the Conservative Party’s handling of Brexit has rode roughshod over the will and wellbeing of the devolved nations, placed the union with Scotland in new jeopardy and risked hard won peace in Northern Ireland. They are not fit to govern, and a Britain subject to another five years of Tory rule will not be fit for habitation by any but the wealthy.

At the Social Review, we feel a burning sense of shame that this election must even involve a balancing of considerations on moral harms. The Labour Party is far from perfect and we do not regard it with untainted affection. Our position has not changed. We intend to stay and fight. We intend to make the party better. We intend to remove all cranks and anti-semites, root and branch, from our movement. And we also intend to elect a Labour government.  A Labour government with the Green Industrial Revolution at its heart, which would aspire to not simply restore our public services but to expand them, implementing a range of radical and optimistic new policies. A National Education Service. A National Care Service. A National Drug Service. A massive social housing programme. A Four Day Week.

We must be clear: it is not a contradictory position to acknowledge Labour’s many sins, while simultaneously believing that a government led by the party is necessary. It is clear to us that only a Labour government presents a chance of materially bettering the lives of people in the United Kingdom. It is our ardent hope that, on Thursday, the electorate returns such a government to power.

There are some excellent Labour candidates running in this election to whom the Social Review would be keen to draw particular attention: Alex Sobel in Leeds North West, Rosie Duffield in Canterbury, Ed Miliband in Doncaster North, Stuart Brady in Loughborough, Nadia Whittome in Nottingham East, Anneliese Dodds in Oxford East, Tonia Antoniazzi in Gower, Fleur Anderson in Putney, Paul Sweeney in Glasgow North East and Faiza Shaheen in Chingford and Woodford Green.

We would like to reiterate our solidarity with the Jewish Labour Movement who, this election, have made the difficult decision to back only certain candidates. These candidates are Rosie Duffield in Canterbury, Ruth Smeeth in Stoke on Trent, Alex Sobel in Leeds North West and Margaret Hodge in Barking.

While our site rarely takes editorial lines, the following Social Review editors, writers and friends wish to endorse this statement:

In addition, the co-editors of Renewal: A Journal of Social Democracy have endorsed this statement: 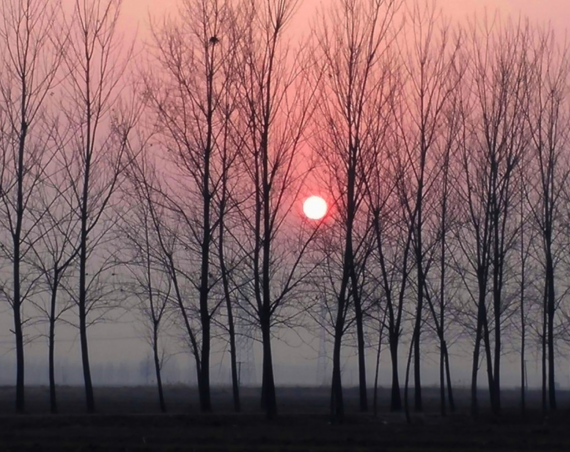