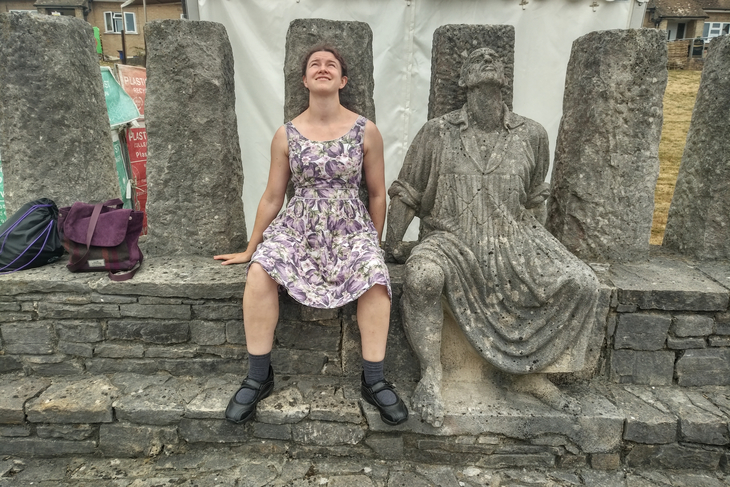 Penny Jackson is a Prospect member who recently won a compensation claim against the Ministry of Defence for disability discrimination. You can read more about the background to the case here – but we are pleased to feature Penny telling her story in her own words here on The Social Review. Her writing can also be found at https://autisticsjw.blogspot.com/

The process started some time in 2018, when a member of a different team retired, and the rest of his team were struggling to find a replacement given he had a rather unusual specialism. After a recruitment round or two of no luck, they decided to look into borrowing someone from my team for a couple of years. Living somewhere which would make it an easy commute to London and wanting a change, I was the only person interested, and everyone was happy with this arrangement. Except their HR team, who demanded that things were done by the book for an external vacancy, because our organisations were kind of separate (it’s complicated).

Then the events described in the Prospect article transpired.

Surprisingly, some of the most supportive people in the case were actually the hiring managers of the role I was trying to get. They wanted the role filled, and the tests HR were ordering them to use were doing nothing except making it harder for them to do this. They were overworked in need of another member of staff to take the load off them, and me being blocked by the test may also have had worrying implications for them regarding their own chances of progressing their careers to obviously suitable roles. Everyone’s time had been wasted trying to get me into this unfilled vacancy, only to get blocked by an arbitrary test.

This whole process made me so angry I didn’t just fight my own case but investigated further and began to take a stand against the use of these tests at all. The “Motion 25” in the background was actually about setting Prospect policy to be against these tests being used at all (it passed). There are a number of reasons for this.

First, the test is called the “situational judgement test”, but really does not live up to its name. You are given situations where you have to know what the social norm is for a manager in a fictional version of the DWP. I would be very interested to hear from anyone who has actually worked in the DWP whether knowing the organisational culture gives you the correct answers. You may notice the job I was going for was neither a managerial role nor in the DWP, so the test was entirely irrelevant. And it’s multiple choice, so you do not get to explain your reasoning.

Second, what do the tests even achieve? Well, one primary effect is that the tests are set up so that, for every 100 applications, on average 33 are rejected. There are a few situations where more applications are received than can be filtered by hand, but I have serious doubts that binning a third – makes a huge difference, it would have to be more like nine-tenths. In those situations I believe randomization would be a far more ethical way to cut numbers down than anything with a systemic bias against marginalised groups. But for many vacancies, especially specialised ones (like the one I applied to), there’s no benefit to slimming down numbers, it just makes it harder to find a suitable person. If you have time to look at 2 applications, you have time to look at 3.

Thirdly, the feedback I consistently get from civil service managers who get to find out who the tests rejected is that they reject people they want to hire. My case is not even slightly unique in that regard. An example I heard was a graduate recruitment scheme where the tests rejected someone who had previously done very good work on a student placement and the manager wanted to hire them after graduation.  This was on top of the numerous candidates with excellent CVs who were not such known quantities, but definitely the sort of people they wanted to interview. Another division who had fewer applicants asked if they could make interview offers to the people who had been rejected by the tests and were flatly told no.

I actually like the idea of some sort of test to check someone’s hidden talent, but this is not it. It would also need to be possible to override things like degree and previous experience requirements, rather than merely being another hurdle to fall at. It would certainly need freetext answers marked by a human, and if you want to increase inclusion of marginalised groups, absolutely needs no management scenarios because people who have been marginalised to the extent of needing a non-traditional recruitment method in order to demonstrate their strengths are highly unlikely to have been given management roles.

I also have serious concerns about how they discriminate against other groups such as BME people and people from less well-off backgrounds. All the questions are about a very specific workplace culture with “right” answers on how to manage people, and as well as being very neurotypical, I suspect it’s very white and middle class. I suspect that managing a team of construction workers may have very different “right” answers, although the real answer is that the actually correct way to manage a team will always depend on the people in it. It is noticeable that the Civil Service Fast Stream, which has been using this sort of test even longer, has an even worse track record of diversity in recruitment.

I managed to get involved in the review of these tests and it was shockingly badly done. I attended a focus group for autistic people which was chaired by occupational psychologists who knew nothing about autism. This is a serious systematic failing of a lot of employment – occupational psychology seems to be seen as an entirely separate specialism to autism, and it’s extremely rare to come across someone who knows about both. No wonder employment is so harsh for autistic people. The focus group members weren’t a lot better. While all of us were autistic, a lot of autistic people don’t actually know much about autism because it varies so much from person-to-person, and some of them had never even taken the tests. One person actually got offended at me giving the dictionary definition of neurodiversity. These tests need to be updated by real experts in autism in the workplace, not just psychologists who know nothing about autism and autistic people who know nothing about recruitment and assume a Venn diagram will naturally overlap. And they need to be the ones actually writing them, not just reviewing.

There is usually a consultation process, where these sorts of experts might sometimes be asked. There’s a phrase you learn to spot as a union activist – anything like “following consultation with…” which has no mention of reaching agreement. Disabled staff are often consulted in that the plans are told to them and they are given a chance to feed back, but that feedback is usually ignored. This is technically a consultation, which unlike a negotiation, has no implication of reaching agreement. Equality impact assessments are usually written by the same person writing the process, who has a strong motive to just say everything is fine. This is why recruitment processes need to be written by experts, not just have them involved in a “consultation”.

I think the biggest problem in the Civil Service is that the motivation behind most internal (and some external) policies and changes is people wanting to further their career by being seen to make a difference. People get their chartership and promotions by pointing to changes they have made, regardless of negative impact it has on vulnerable people. It is about whether you did a thing, not whether you should have. When someone has an idea, there are huge rewards for pushing it through at all costs and no punishment for the impact it has on disabled staff. You may notice it was the Ministry of Defence who paid up for using the tests, not the Cabinet Office who made them. The people responsible for creating the test quite possibly got a bonus bigger than my settlement for it.

I hoped the purpose of the workshop I attended was to give the tests a proper review, maybe with free text answers, but no, all that happened is they set some new questions about how to be a manager in the DWP. Feedback basically went into a black hole, they did not say what was taken on board and I never heard if or why things I said were not used. Absolutely classic example of consultation with no intention of reaching an agreement.

It’s interesting that Dominic Cummings has tried to advertise posts bypassing this entire process because he wants a more diverse range of people who can think outside the box. While I think there are several reasons his advert is problematic, those are on a very different topic (worse than usual employer/employee power imbalance, odd views on how relationships work, expected working hours) and unions have already covered them elsewhere. However, for all the reasons stated above I actually think he is right about problems in the civil service recruitment system.

The system absolutely is stacked against “weirdos and misfits with odd skills”, because they are the autistic people and the people from less traditional backgrounds who don’t know the “right” answers to the Situational Judgement Test. On top of that, you usually have to prove you have a selection of generic, white, middle class neurotypical biased skills in order to get pretty much any vacancy. People who excel only in an unusual speciality never going to be on any generic lists need not apply. You also have to meet the minimum bar on ALL skills listed, which discriminates against neurodiverse people who tend to have a large variation in ability across different areas. The chances of them failing one are much higher than for a neurotypical person with a much lower average. For example, I failed the situational judgement test, but was in the top 1% for the numerical reasoning test.

It is also largely uninterested in what you can do, just what you have done, which has more to do with how well you get on with your manager than anything else, because they’re usually the one who dished out that golden opportunity which looks great on your CV. It was very noticeable in my previous job that attractive and very gender-conforming women got given more of those golden opportunities than women who were less traditionally pretty or less gender conforming. Having useful specialist skills was treated as far less important.

The really galling thing is that so many of the problems are pushed as pro-diversity initiatives. Personality tests allegedly judge someone’s “potential” if they haven’t had a chance to demonstrate it already (see above for why that doesn’t work). I left before I had to deal with the new Success Profiles which again are allegedly all nice and inclusive but almost all feedback I’ve heard from neurodiverse people is that they’re horrendous. The Civil Service urgently needs to stop this inclusivity theatre and actually start listening to disabled, BME and non gender-confirming people rather than just “consulting” and ignoring.

The Social Review Podcast Episode 5: Monopolies, Patriarchy and Everything In Between