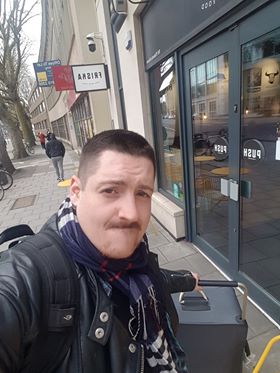 9am. Friday 20 March. Full backpack, full suitcase, I present myself at Bristol City Council’s offices to let them know I am homeless during lockdown. Greeted by a battery of staff out front and a whiteboard marked “EMERGENCY CASES ONLY”, indicating the building’s coronavirus siege, I answer their triage questions and confirm that I am indeed an emergency case only.

I talk to a man at the front desk – rigorously self-distancing – who confirms my details and that I’ve spoken to the homelessness team before. He tells me I will get a call from the team in the next half hour. Wary of how bitingly nippy it is outside, I ask if I can stay inside the office until then. He looks perturbed – as if a supervisor is probably judging him on the response he’s about to give – before saying he sees no reason why I should need to stay in the building. I grumble my way out to a stone bench.

Fifteen minutes later, midway through the surreal modern experience of livetweeting being homeless, I get the call. For the fourth time in six weeks, I have to explain my full situation – why I am homeless, that I have nowhere to go, my housing history, the health issues I’m experiencing, how many times I have tried to kill myself in the past year, that I am classed as vulnerable, which crisis services I am under the care of – to the council over the phone. I get to the end and am told I am not a priority, as I’m not on enough medications (!) to be vulnerable enough to qualify for emergency accommodation.

Which would be alright (ish). Except that I’d already gone through the exact same process on Monday, and the Thursday before that, both times to receive the same answer, and both times to talk further and eventually be told I definitely was vulnerable and definitely would be a priority. The day before this, said council worker dashed off at 5.29pm, sending a form I’d already filled out with her in person on the Monday – with the reply asking why I was being sent this hitting an immediate ‘out of office until 1st April’ auto-response. My call now with the homelessness team runs aground on this form not having been filled out. “Could you go to the night shelter on Little Bishop Street?”

(At this point, Bristol City Council has known I was due to be evicted from my house and homeless today for over a month.)

I’m onto my second cigarette of the day at 10.30am – I can sense it’s going to be a billboard day for nicotine. The sun’s nice when it’s out, but the wind is like razors. I haul my suitcase down Temple Street to Greggs to get a coffee for warmth, but get a wan grimace from the till lady to apologise that “there’s no sit-in at the moment because of the virus”. I walk over to Temple Gardens and roll my third cigarette of the day (it’s 11am – who do I think I *am*?). I check the Universal Credit portal on my phone to see that I still haven’t received my first payment eight days after I was supposed to, with no hint of how much longer I have to wait, and no help beyond a promise to escalate my case if I still haven’t got it after two weeks. Cheers IDS, you massive throbber.

I can already tell from the cold that it’s going to be a bad day for chapped hands, and thank mercy for the handcream somewhere at the bottom of my backpack. Getting advice in quick order to try contacting Shelter, my local MP (the indomitable Kerry McCarthy) and the local council cabinet member for housing, Paul Smith, I trudge around with my bags desperate to find somewhere warm that isn’t corona locked down so I can sit and make some calls. Thankfully, I find an almost abandoned but mercifully still open Friska down the road, unwisely order another coffee, and start hitting the phones.

Texts and messages of worry and support and offers of cash from friends, acquaintances and people I’ve never met or spoken to before start rolling in, as I try to work my way through a quickfire succession of calls explaining my situation. I get a message giving me a heads up that I might have a sofa to sleep on tonight in Bristol, which is a relief of sorts – but an offer I know isn’t a solution. I imagine working my way through a trail of front rooms, increasingly less familiar faces and the clipped tones of outworn welcomes.

I carry on my calls. Through the hedge of details and follow-up emails with quickly photographed doctor’s letters and forms attached, I begin to feel like a caseworker – except, of course, the case is me. Going for a cigarette and talking to another homeless man with a guitar outside the Tesco who has been sleeping rough for weeks to no avail with the council, I feel bizarrely lucky to be in my position – having the network that I have in the people offering help at this moment, and a decent knowledge of how to work political and third sector avenues of support. Not that it seems to be making much difference between us at this stage.

2pm. Another call. Once again, things have run aground on the form I already filled in with the council that they claim not to have. There’s no option – I have to complete it. Heart sinking at the thought of going through the form filling process via editing a PDF on my phone, and with Friska shutting up early for the day with the trickle of a pandemic lunchtime rush over, I decide to haul my stuff over to a youth hostel, to try and complete it on my laptop and get a room if nothing is sorted by the evening.

On arrival, I get a miracle text. With no idea who has made the difference – whether it was Shelter, whether it was the local cabinet member, whether it was Kerry McCarthy or someone in her office – Bristol Council has relented and changed its mind on helping me with emergency accommodation, without needing the form. I lay down in the foyer, exhausted from not even half a day’s cold and panic, until I hear back more.

Two hours later I go back across to the council offices to sign my emergency housing commitment (no visitors, no alcohol), and a hastily filled out housing benefit application, so the council can recoup the costs of where they are sending me. An hour after, I arrive outside an unloved Victorian three-storey house, next to a long shuttered-up pebbledash shop all painted in an eyesore clay red. A staff member answers the door – it’s an 18-room house, one of several owned by a couple who’ve set up a property company in Bristol. He asks me which council I’m from, of the several in the area for which the company takes in emergency tenants. Adding up the numbers in my head, someone’s making a nice little earner from it all – and enough to pay for a team of duty staff members too.

Going to my room, one of six in the converted loft of the house (vibe: first student halls with no wi-fi), I see the news of Rishi Sunak announcing the Government’s 80% wage furlough scheme. Nothing on support for the already unemployed, nothing about Universal Credit. The next morning, I wake up to a drunk woman kicking in the next room’s door, screaming “YOU GOT SOMEONE LOCKED UP YOU FUCKING WHORE”. Two days later I go onto the local council’s HomeChoice portal to see that bidding for permanent accommodation is suspended until further notice, in line with the national lockdown.

Over the coming weeks, I meet Ruth by the Lidl, and Jenny near Temple Meads. Both are still homeless and on the streets – Ruth gets knocked back by the council because “they don’t have enough places”. Jenny is told she can’t be helped because she hasn’t lived in Bristol long enough. There aren’t many places for them to go, to get much money, to sit somewhere warm or to get something to eat. In the words of the council, they’re “not a priority”.

Thinking back to the denials I had to work through despite clearly being a priority, knowing that that three-word phrase disguises all manner of sin at the best of times – and even still now when the Government orders councils to house all rough sleepers at the worst – that three word phrase, “not a priority”, feels at the core of the problem. It’s obstructing even the efforts to house people in the middle of a crisis. It is a weasel phrase, that legally wriggles local authorities out of a duty – medically vital now, but morally vital always – to prevent people from sleeping on the streets.

I was lucky to get past the barriers it throws up. Others, like Ruth, like Jenny, like the man with the guitar outside Tesco, haven’t been. They are still on the streets now. 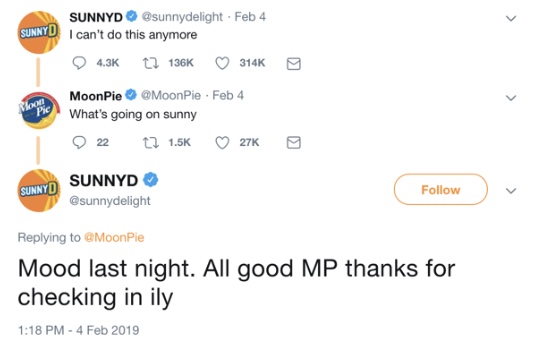 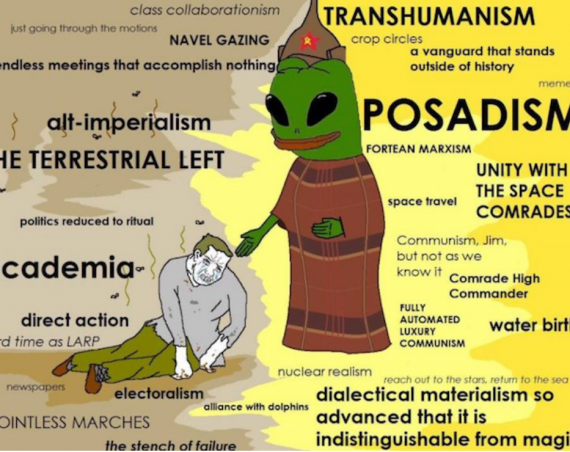 So much for the terrestrial left! A. A. Gittlitz’ I Want to Believe: Posadism, UFOs and Apocalypse Communism