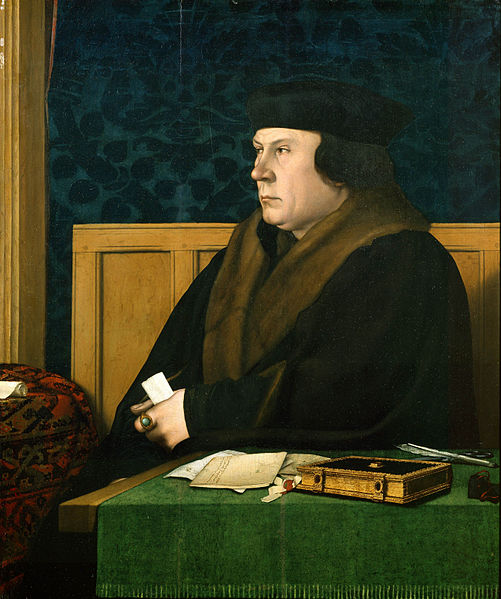 Meritocracy, technocracy and cosmopolitanism in the court of Henry VIII: an unlikely ‘patient zero’ of modern liberalism.

Historical fiction can do two things for contemporary readers. It can exhibit the strangeness of the past, show how thought and action was driven by mindsets fundamentally different from our own, and act as a portal for the modern reader onto an alien world. Or it can demonstrate continuity between the past and the present, interpret past behaviour in light of contemporary sensibilities, and retrofit history with modern ideology. More often it does the latter. The costume drama industry endures by evolving sedately, keeping pace with the broadest of attitudinal change and providing comfort in continuity beyond one or two quaint anachronisms.

In ‘The Mirror and the Light’, the last of her Wolf Hall trilogy, Hilary Mantel does some of the former. She brilliantly captures the strangeness of all state and spiritual power being embodied in the person of the king; the peculiarity of having life, death and taxes contingent upon a moment of truculence, a bout of indigestion. Mostly, however, Mantel’s readers are shown the Tudor court from the distinctly modern perspective of her protagonist, Henry VIII’s right-hand man, Thomas Cromwell. Colin Burrow has described Mantel’s Cromwell as a ‘time traveller’ in this respect, and his (sometimes implausibly) modern attitudes to women, religion and much else render him sympathetic to the reader. Cromwell’s political ideology, in particular, is closer to that of modern liberalism than to any other. Mantel has retrofitted her protagonist with the establishment tenets of meritocracy, technocracy and cosmopolitanism, thus giving modern liberalism an unlikely historical forefather. By doing this she presents history as continuity and inevitability: comforting for those happy with the status quo but leaving little raw material for imagining new possibilities.

Cromwell was the blacksmith’s son who went on to become the second most powerful man in the kingdom. The arc of this upward social mobility is perhaps the most important one in Mantel’s retelling of Cromwell’s life, with her protagonist’s lowly origins the source both of his drive to power and the antipathy of the aristocrats usurped by one of ‘vile blood’. It’s a compelling story, and one that retrofits the archetype of the ‘working-class boy done good’ to the Tudor era. It also has a tragic ending, with the upstart getting his comeuppance and losing his head at the conclusion of ‘The Mirror and the Light’.

While Cromwell ultimately falls, it is factionalism rather than class antagonism that brings this about. Cromwell assimilates successfully with the gentlemen of the court and bears no mark of the ‘hidden injuries’ of his class origin. His upward trajectory may be extraordinary in its time but, in his interactions with royalty and nobility, Mantel’s Cromwell is at ease, never missing a social cue, never lacking the airs and graces that would presumably be second nature to those reared in the Tudor court, and alien to one brought up in a smithy. In Mantel’s telling, Cromwell is a model of meritocratic success, and explicitly uses his political power against the entrenched interests of the aristocracy to institute a meritocratic system which will allow others to follow in his wake: “Thomas Cromwell thinks we need able men, but the Duke of Norfolk thinks we need noble men.”

This personified opposition of aristocracy and meritocracy makes Cromwell a sympathetic figure to modern liberals. The ideology for which he is cast as an unlikely historical case study and origin story is the reassuring comfort blanket of modern liberalism. In the Wolf Hall trilogy, aristocracy is old, bad and unequal (true), while modern meritocracy is new and good, the conqueror of inequality (hmm). Meritocracy has long been critiqued by sociologists, and most recently by Thomas Piketty in ‘Capital and Ideology’, as but the latest myth used to justify enduring inequalities. Hard work and innate ability of the sort demonstrated by Cromwell makes inequality palatable: if I have more than you, that’s due to my personal ability and work ethic – just look at the qualifications I have to prove it. The ideology underpinning sixteenth-century inequality was more direct, if also more brutal: I have more than you because God says so. The ideology changes, inequality remains.

The introduction of a form of meritocracy is one part of the broader political changes instituted by Mantel’s Cromwell and portrayed as making the state increasingly technocratic. Cromwell’s sparring with a succession of antagonists delights throughout the trilogy, and the conclusion of ‘The Mirror and the Light‘ sees him encounter many of them as ghosts while he awaits his own fate in the Tower. While his fraught relationship with Anne Boleyn is a particular highlight of the second book of the trilogy, by the conclusion of its final instalment Mantel has re-established Thomas More as Cromwell’s chief ideological antagonist. “It all goes back to More,” as Cromwell himself muses. More is the unbending ideologue to Cromwell the flexible pragmatist. In providing her most explicit definition of Cromwell’s political identity, Mantel alludes to More’s ‘Utopia’, which represents the heady idealism to which Cromwell is opposed. More coined the word ‘utopia’ from the Ancient Greek, playfully compounding ‘ou’ and ‘topos’ to create a name that literally translates as ‘no-place’ or ‘nowhere’. Mantel narrates:

Somewhere – or Nowhere, perhaps – there is a society ruled by philosophers. They have clean hands and pure hearts. But even in the metropolis of light there are middens and manure-heaps, swarming with flies. Even in the republic of virtue you need a man who will shovel up the shit, and somewhere it is written that Cromwell is his name.

In Mantel’s unsympathetic rendering, More’s unwillingness to compromise leads to his downfall, while Cromwell’s ‘shit shovelling’ is noble and necessary. The technocratic pursuit of ‘what works’ is preferable to the utopian dream of ‘what could be’.

Mantel’s Cromwell is not completely malleable ideologically, however. Throughout the trilogy, his constant ideological aim is the translation of the Bible into English. This is a radical position to take, and one that places him firmly on one side of the Reformation divide at a time in which his king was more in favour of compromise. But in Mantel’s telling it is the moderation of his action over the boldness of his belief that is important. What sets him apart from ideologues such as More is that he pursues his goal through compromise and steady reform rather than fanaticism. The motivation underpinning his desire for an English translation is depicted as less religious than democratic:

he keeps his eye on the prize: the English Bible. With this good book in your hands, God speaks to you as your father and mother spoke, as your nurse: and if you cannot read, others will read it for you, in this close, this loving, this familiar tongue.

The problem with this democratising reform is that the people did not want it. The Pilgrimage of Grace, the popular uprising which forms the backdrop of the first half of ‘The Mirror and the Light’, is partly motivated by the popular desire of the subjects of northern England to retain the threatened saints and sacraments of Catholicism. The people do not know what’s good for them. As a political ideal they are noble and worthy; as a political reality they are a nuisance. When his authority is questioned by the rebels Cromwell asks, with the weary despair of the ‘eat your greens’ technocrat, “how is it in the interest of the north, to threaten those who can best prosper your people?”

When she began writing in 2005, Mantel could not have predicted that her chosen historical episode, in which England took sovereignty from a supranational power structure based on the continent, would have such contemporary political relevance over a decade later when the UK voted to leave the EU. Nor that this would become the landmark event against which modern liberalism self-defines. Thomas Cromwell was one of the chief enforcers of the break with Rome. Yet throughout the trilogy, Mantel emphasises his cosmopolitanism, stressing the importance of Cromwell’s early adult life spent as a mercenary in Italy and a lawyer in the Low Countries. This is reinforced throughout ‘The Mirror and the Light’, the first ‘post-Brexit’ publication of the trilogy, and is cemented as a pensive Cromwell reflects on his life – “Florence made me, he thinks. London unmade me” – preventing Mantel’s protagonist from becoming a poster boy for Brexit Britain. Cromwell’s cosmopolitanism sets him apart from his enemies, the provincial aristocracy. The younger of the Howards, Cromwell’s principal rivals in the third book, is mocked for his inelegant poetry formed of Anglo-Saxon monosyllables: “His lines go thump and flop. Me/see. Too/do. Thing/bring. Flip-flap, they go, pit-pat.”

The Wolf Hall trilogy is no cosy costume drama, but by retrofitting ideals of meritocracy, technocracy and cosmopolitanism onto her protagonist, ‘The Mirror and the Light’ recasts the Tudor era as Year Zero of an inevitable progression to modern liberalism, from period drama to the ‘end of history’. Yet reading it now, as old certainties are remade daily, when the possibility of multiple radically different futures can be glimpsed at once, it is often that brand of modern liberalism which feels dated and quaint, and the raw brutality of power as exercised in the Tudor court which remains as relevant as ever. 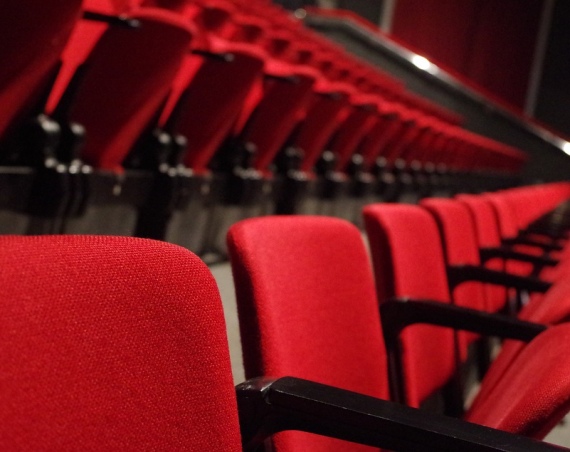