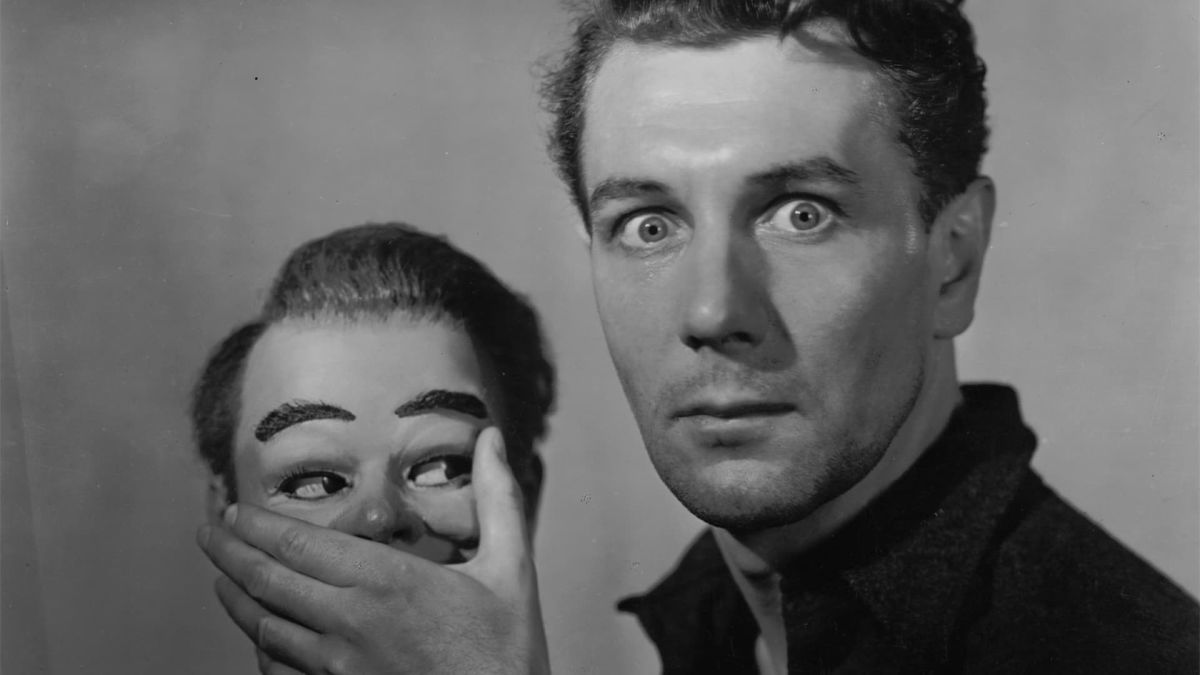 Opting to skip the national Vera Lynn karaoke session, my housemate and I instead chose to mark the 75th anniversary of VE day by watching a film of the period. After some deliberation, we plumped for a picture that shares its diamond anniversary with the end of the war, Ealing Studios’ Dead of Night.

This choice may at first appear strange. Dead of Night is not the type of film that immediately springs to mind when considering Britain’s wartime experience. It features no air raids, soldiers, bombed ruins, nor evacuees. In fact, the film is a positive outlier, considered by some to be the only significant horror film of the 1940s. The gentleman moderators of the British Board of Film Certification (BBFC) prohibited the distribution of such features in 1942, fearing their potentially malign influence on predominantly working-class cinema goers, to the potential detriment of the war effort. But as Allied victory loomed, the ban was lifted, allowing Dead of Night to enter production.

Despite its unique status, Dead of Night provides extensive insight into people’s wartime experiences and their anxieties concerning the society that would emerge in the aftermath of the conflict. Besides being a truly brilliant piece of British cinema that still retains its ability to chill audiences, the film can also impart wisdom to contemporary viewers, regarding how we should face the aftermath of our present emergency.

Dead of Night is a portmanteau film, consisting of five separate stories, framed by that of Walter Craig (Mervyn Johns), an architect whose visit to a remote country house provokes an impossible sense of déjà vu. Though he has never met with any of the other guests present, he claims to recognise them from a recurring dream. Curiously, Craig’s companions respond with almost unanimous sympathy and take turns to recount their own ghoulish ordeals. The psychiatrist, Dr Van Straaten (Frederick Valk), however, casts himself as the lone voice of reason, maintaining his scepticism even as Craig begins to recall more of his dream to prophetic effect.

The spectre of wartime trauma is discernible in the first two stories that comprise Dead of Night. The guilt of survivors is elicited by Hugh Grainger’s (Anthony Baird) tale of being haunted by a sinister hearse driver who tells him: “there’s room for one more, sir”. The adolescent Sally O’Hara (Sally Ann Howes), meanwhile, provides a subtle portrayal of the upheaval suffered by children in wartime. The ghost of a murdered Victorian boy, whom she encounters in the attic of a country house at a Christmas party, recalls the plight of evacuees removed from their families to alien and often hostile environments.

With its third episode, Dead of Night’s subtext shifts from the struggles of wartime, to the fear of what comes next. Joan Courtland (Googie Withers) tells of her fiancé Peter’s haunting by an antique mirror in which he sees not his own surroundings, but an eerily gothic bed chamber. He becomes possessed by its previous owner, a Victorian patriarch of “enormous energy” and “dominating character”, whose frustration following paralysis from a riding accident led him to murder his wife in a fit of paranoid sexual jealousy. Fears that similar constraints of energy might likewise afflict men in 1945, as they returned to the home following military service, are reflected here, along with male anxiety concerning the changing nature of women’s place in society. Women in wartime experienced new opportunities to work, travel and live independently, with less regard for taboos like sex outside marriage. Demobbed troops, therefore, feared not only their own containment in the home, but women’s liberation from it. The fact that it is Joan and not Peter who recounts the story, however, also suggests that the film is sympathetic to women’s desire for change.

The penultimate story in Dead of Night turns to class-based anxieties, signalled by the casting of its protagonists. In 1939, Basil Radford and Naunton Wayne featured in Alfred Hitchcock’s The Lady Vanishes as two upper-class cricket obsessives. Consumed by their sporting passion, they are at first impotent in the face of foreign threats, but later redeem themselves through valiant action. In 1943, they reprised their double act in Millions Like Us, portraying snobbish officers who gradually learn to respect the lower classes. In Dead of Night, however, the pair have no redemptive arc. They play two golf enthusiasts who compete on the green for the affections of a shared amour. When Radford’s character cheats to win the lady’s hand, his dismayed friend drowns himself, only to return in an attempt to wreak ghostly revenge. The casting of Radford and Wayne is no coincidence. The pair provide welcome comic relief, but their story implies that the upper classes haven’t changed much after all. Still enveloped by idle comfort, here symbolised by the golf course and clubhouse, they remain willing to cheat in pursuit of their self-interest, reflecting fears that members of the established order might successfully rig post-war society in their favour, to the exclusion of those who had sacrificed most.

The film’s final and most famous segment is narrated by Dr Van Straaten. Its focus is Maxwell Frere (Michael Redgrave), a talented ventriloquist whose dummy, Hugo, appears to have a mind of its own. When Frere is later incarcerated, his case is referred to Van Straaten who experiments by reuniting him with Hugo. When Frere attempts to destroy the puppet, Van Straaten frantically intervenes. Seeking to protect an inanimate object in this way hardly seems the action of a rational man. The story scorns the materialist values of the German-accented Van Straaten and the modern society in which it is set. Fear that the mass consumption and fetishization of commodities would transform people into automatons, devoid of independent and original thought, finds powerful expression, as Frere’s personality is gradually consumed by that of the wooden Hugo.

Julian Petley cites Dead of Night as part of his thesis that British horror is a ‘lost continent’, forcibly submerged beneath the realism vaunted by the critical establishment. Horror, he believes, is suppressed for its expression of deep-seated societal anxieties. As the war drew to a close, people in Britain increasingly developed such neuroses, and their fears did not extend simply from the physical strains of war. The publication of the Beveridge Report in 1942 helped establish a popular consensus that the people should be rewarded in the post-war era for their sacrifices.  Greater social security would ensure a more equitable society, in contrast to that of the interwar years. Yet this dream also conjured premonitions of its nightmarish alternative. Fearful of an encroaching state, Churchill consistently resisted public discussion of post-war plans, provoking suspicion that the Conservatives opposed reform. The historian Steven Fielding, meanwhile, has highlighted widespread scepticism regarding Labour’s ability to realise the desired change in advance of the 1945 election. Attlee’s subsequent landslide, he contends, resulted from a desire to avoid the expected Conservative majority and to deliver a coalition government, effectively maintaining the wartime cross-party alliance and preventing the return of partisan politics.

Released shortly after the election, Dead of Night was produced against a backdrop of what can be viewed as growing malaise, predicated on the fear that the war had ultimately taught nothing, and the ills of the past that led to the conflict would soon return, regardless of the balance of power in Westminster. This is reflected in the film’s final, highly influential twist, that sees Walter Craig become trapped in the cycle of his dream, continuously reliving the events of the film, just as it seemed history might be doomed to endlessly repeat itself.

Is Dead of Night then little more than a cynical celluloid Cassandra? I would argue not. The film has always enjoyed a quiet kind of acclaim, presenting a caveat to Petley’s argument that the horror genre’s subversive qualities are best illustrated by their derision at the hands of the critical establishment. Intriguingly, a number of contemporary critics reserved special praise for the film’s ending, with its clear invocation of dread concerning the post-war order. This contrasts with the reception of other wartime films such as The Lamp Still Burns which were criticised by some for their cheerily optimistic, yet detail-light approach to the subject of post-war reform. Dead of Night was celebrated because of, not despite, its bleak outlook. With its seemingly defeatist conclusion, the film can conversely be viewed as a fierce call to arms, urging its audience to resist the human proclivity for idealistic notions of the past and to instead build a different, better, world from the ruins of catastrophe. Today, as we dream in lockdown of a return to “normal”, Dead of Night’s claustrophobic portrayal of a world struggling to right itself gains new pertinence. 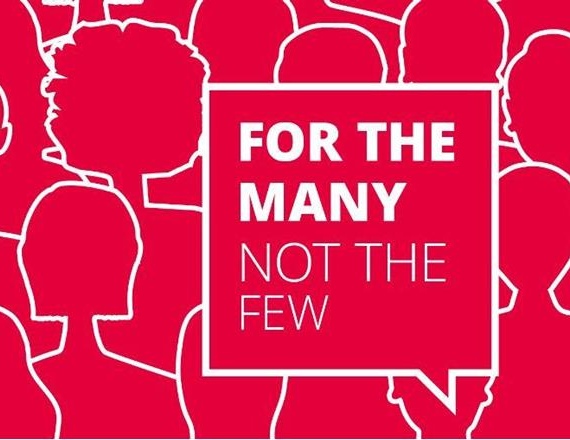 In praise of Open Selections