Musing on the future of the Labour Party in 1986, one twenty-four-year-old activist denounced centrism, insisting that the future lay with the grassroots Left. “Instead of heading towards an SDP Mark II”, he wrote,  “we would be better to go forward to re-build and develop the party as an instrument of socialism, capable of integrating into its project the emergence of the new social movements of the last twenty years”. That activist was a young Keir Starmer, and he was writing for a journal called Socialist Alternatives.

Described by Chartist as the “human face of the hard left”, Socialist Alternatives spent the period of its brief existence from 1986 to 1987 seeking to promote a “redefinition of the socialist project”. In response to the ongoing triumph of Thatcherism and the social changes of the era, it sought to develop a “British counterpart” to the “Alternative movement” then emerging across the continental European Left. Although it claimed to be simply a “forum for debate” with an “editorial emphasis on open questions rather than definite answers”, the magazine’s origins lay in Pabloite Trotskyism, and it represented a minority libertarian tendency on the British grassroots Left. Starmer was a member of the editorial collective, and over the magazine’s five issues his name appears under eight articles.

Despite its fringe position, the themes and arguments developed in Socialist Alternatives are worth exploring today. (And not just because little-read publications in which earnest twenty-somethings debate the future of socialism always deserve more attention…) Once again, a Labour Party in opposition is forced to confront the hegemony of a new kind of conservatism, and the ideas of the young Starmer and his comrades feel strikingly relevant to an age of pandemic and climate emergency.

For a start, Socialist Alternatives was trailblazing in its insistence that environmental concerns should be central to any left-wing project. Warning that “the world is living in a state of permanent ecological crisis that threatens the very survival of the human species” it argued for a synthesis of ecology and socialism, declaring that “Red must be made Green, and Green must be made Red”. It thus looked with enthusiasm towards the rise of Green politics in Germany, and even spoke of transforming Labour into a “Green Party of Britain”! Patrick Maguire’s recent description of Starmer’s political origins as “Red-Green” certainly rings true, and as the climate crisis grows ever more pressing, these are origins he would do well to remember.

How was an ecological transition to be achieved? For the young Starmer, it was to come “not through the ‘statisation’ of the economy, but through the self-management of the economy, which itself necessitates a radical extension of control over the resources we possess”. This reflected the broader project of Socialist Alternatives, which declared its “vision of socialism” to be “the general self-management of society as a whole” in contrast to “the Labour right’s hopeless neo-Keynesian economic programme”. Thus Starmer welcomed Neil Kinnock’s rejection of “state socialism”, but lamented that, “by turning back to the market economy”, Labour had bypassed “a third alternative, that of participatory socialism based on democratic planning.” To build this participatory socialism, Starmer looked to radical trade unionism, the most frequent subject of his articles for the magazine.  Condemning a passive and quietist “business trade unionism”, he looked to “radically extend the scope of collective bargaining”. He argued that “the challenge of control can only be met if unions are radically enlarged to encompass the political elements of control throughout society”.

As James Meadway and others have argued, this kind of decentralist vision of economic power has a vital role to play in Labour’s rebuilding. The coronavirus pandemic has both created an opening for the re-politicisation of the workplace, and presented us with a Conservative government willing to spend money. Labour now needs to reject the idea that socialism is simply the government doing things, and instead speak the language of ownership and control.

Crucially, despite young Starmer’s focus on trade unionism, Socialist Alternatives was far from class reductionist. Instead, it emphasised the importance of integrating new social movements and the full spectrum of oppressed groups into the socialist project. Recognising that “there are no ‘primary’ or ‘secondary’ social contradictions”, it insisted that the redefinition of socialism “will necessarily have to be rooted in the anticapitalist alliance of all the emancipatory movements.” Starmer himself called on the trade union movement to recognise that “the working class exists beyond its historical base amongst white, male workers” and argued that “today the challenge to the status quo comes from protest movements which are not singularly based on class but represent a wide variety of social groups”. For Starmer, these groups included “environmentalists, tenants associations, ethnic minorities, feminists, gays, nuclear disarmers etc”.

The corollary of Socialist Alternatives’ insistence on diverse movement politics was a belief in pluralism more generally. As Starmer put it: “Just as there must be a pluralist socialism in today’s world, there must be a pluralist Labour Party if it is to play any part in the transition to socialism. This means it must accommodate different trends, tendencies and ideas provided only that they are united around the socialist programme of the party”.

Once again, these are perspectives the contemporary Left cannot afford to ignore. For a start, we’ve seen the dangers of sectarianism in the chaos, infighting, and misconduct that characterised the Leader’s office under Corbyn. Only a general acceptance of pluralism and a greater ability on all sides to disagree productively can fix the toxic and destructive culture that exists within the Labour Party today.

Moreover, Starmer as leader needs to reject the workerist siren calls of the “orthodox left”, who urge Labour to prioritise reconnecting with a “lost working-class base” crudely imagined as men who look and sound like Ian Lavery. Instead, it should seek to emulate the intersectional left populism of Alexandria Ocasio-Cortez, who makes her appeal to “diverse communities” and “the multi-racial working class”. Boris Johnson’s nationalist conservatism is a threat to multiple groups across our society, and rather than prioritising any one, Labour needs to unite them all by drawing what political theorist Chantal Mouffe calls a “chain of equivalence” across their common struggles. Starmer’s recent appointments are a promising sign in this regard. New Shadow Justice Secretary David Lammy is a passionate defender of “identity politics”, while policy chief Claire Ainsley’s research into the “New Working Class” has highlighted how it is “more disparate, more atomised, and occupies multiple social identities”. This is the makings of a team likely to take seriously the hard graft of coalition-building, and to resist the urge to look at the electorate through the lens of nostalgia.

Finally, an admirable feature of Socialist Alternatives was its resolutely internationalist perspective. This meant not only a consistent support for the liberation struggles of the Global South, but a keen interest in those fighting for freedom against supposedly “socialist” regimes. Moreover, it also meant taking seriously the European context of Labour’s travails, by analysing in considerable detail the strategies and fortunes of its social democratic sister parties.

Work of this kind is badly needed today. As many have rightly pointed out, Labour’s 2019 defeat forms but one part of an international picture of social democratic failure. Despite the fait accompli of Brexit, Starmer’s Labour cannot afford to confine its vision within national borders. The questions faced by social democracy are wider than that. The answers must be too.

The political project of Starmer’s youth thus offers us a vision of a pluralist, participatory, democratic, environmentalist, intersectional, and internationalist Left. But could Starmer’s leadership really draw inspiration from the ideas of his radical past?

In a key way he has broken with them already: while in his response to the Covid-19 pandemic Starmer has adopted a “constructive” style of opposition, pursuing “national consensus”, the young Starmer and his comrades were partisans of a conflictual, even antagonistic approach to politics. Indeed, it was on this basis that they contrasted themselves with rival tendencies, insisting that any “new consensus will have to be built against the prevailing social and sexual order – not with sections of its establishment as Marxism Today proposes”.

Certainly, Starmer’s career has shown him willing to work alongside and within the establishment, going from human rights barrister to Director of Public Prosecutions before entering Parliament. We have not seen him call for the overthrow of the “prevailing social and sexual order” and nor should we expect to. As a frontbench MP his politics were ill-defined, and as leader he has focused on making targeted criticisms of existing government policy rather than setting out any far-reaching demands of his own.

But this also means that much of the substance of his project as leader is yet to emerge. So as he begins to develop his alternative to Boris’s Britain, we can still hope that Starmer will look to the Socialist Alternatives of his youth. 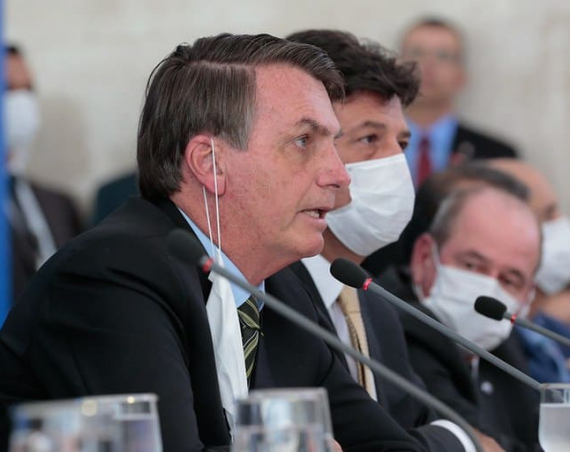