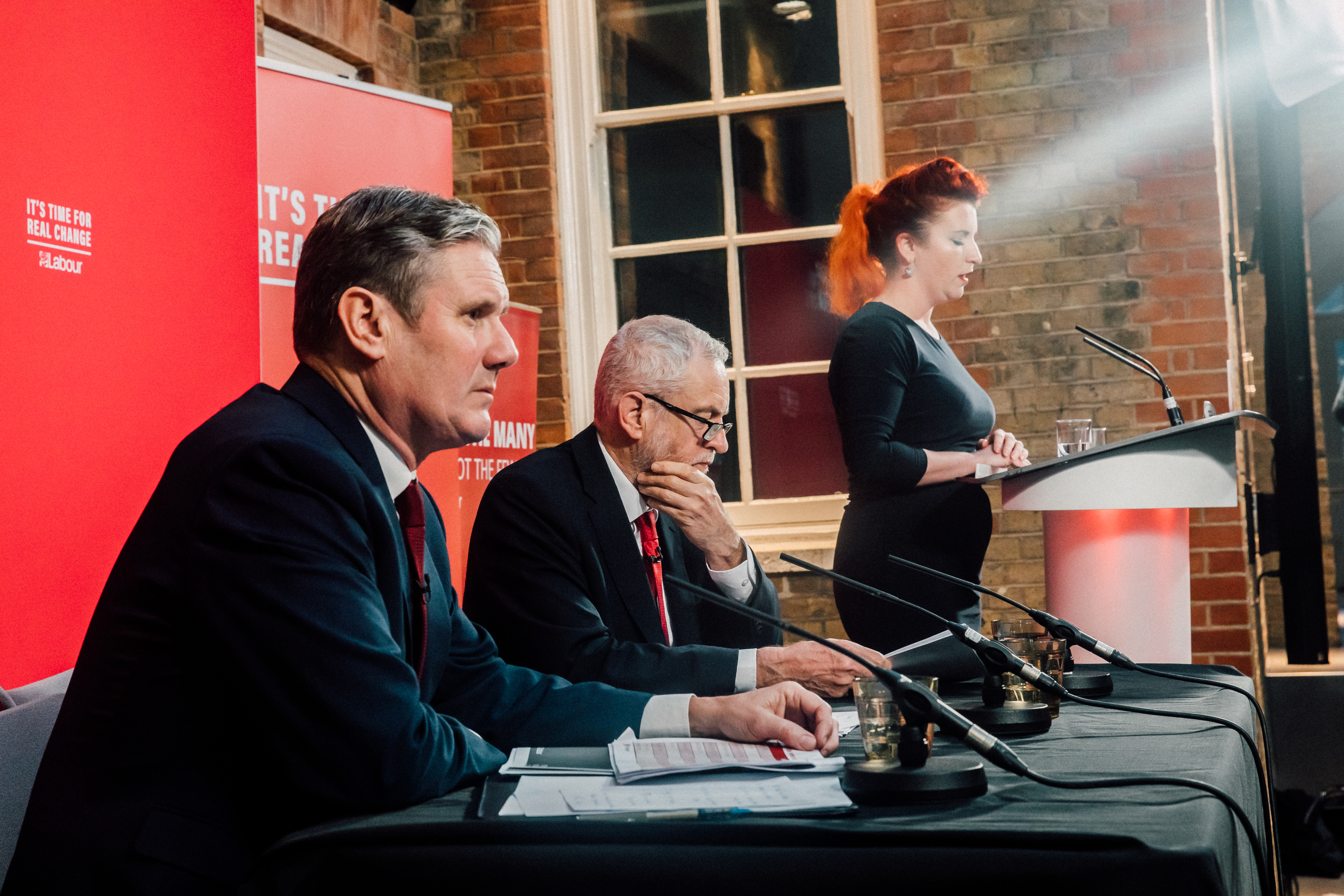 Keir Starmer’s election reflected the age we live in; a low key acceptance speech a day before Boris Johnson was admitted to intensive care. This was not an atmosphere conducive to dramatic gestures by his internal opponents. Starmerscepticism has been born nonetheless, on Twitter, on Facebook and on the pages of mostly online outlets previously notable for their loyal support of Jeremy Corbyn and then Rebecca Long-Bailey. The criticism levelled at Keir Starmer has ranged from the subtle to the histrionic, and from the completely legitimate to the grossly opportunistic, but what unites the vast majority is a fundamental misremembering of the leadership of Jeremy Corbyn.

Such misremembering is inevitable as commentators slide neatly from “leadership loyalist” to “leadership opponent”. However, there is a creeping hint of the kind of reactionary Corbynscepticism that characterised Corbyn’s leadership– where internal opponents would jump on everything that occurred under his leadership as proof that he was as evil and inept as they believed.

One particularly extreme example of this was when Tribune editor Ronan Burtenshaw used a poll of voters’ post-coronavirus priorities as evidence that Starmer had been wrong to pursue a second referendum policy for the 2019 general election. Whether or not the referendum policy was correct, the claim that a poll of priorities conducted during a global pandemic can be used to retrospectively condemn past policy positions does not stand up to scrutiny. Exaggerated condemnations like this may make Starmersceptics feel better, but they should learn from the failures of Jamie Reed and Herbert Morrison; when condemnation becomes reflex, credibility evaporates. Starmersceptics will have to train themselves out of this if they wish to gain a hearing from those inclined to support the new leader.

As with Corbyn, any criticism of Starmer must start with an honest assessment of the last five years. Writing for Tribune, Grace Blakeley engages in a similar misremembering:

“Open selections, promoting member-led policy development and reinvigorating the party’s link with the labour movement were all resisted by anti-socialists who saw these changes as an existential threat to their personal positions.”

If the internal argument within Labour for the past five years had actually been principally between “socialists” and “anti-socialists”, the party would have been united in an afternoon. And while the alleged disgraceful behaviour of someparty staffers in the Leaked Report lends credence to Blakeley’s analysis of the years 2015-17, the following years were equally marked by a resistance to member-led policy development and open selections.

The 2019 conference, long after Corbyn and his team had taken a firm grip of the party’s structures, wasn’t so much member-led as member-appeasing. Policies like the Green New Deal and the most liberal immigration policy ever passed at conference either found themselves weakened over the course of compositing or were watered down in the Clause V meeting (where the manifesto is written).

Reinvigorating the party’s link with the trade union movement requires honesty about what that entails – it was not ‘anti-socialists’ who were ultimately the key opponents of open selection, it was the unions. They might have largely backed Jeremy Corbyn for the leadership, but they are not automatically supportive of the party’s left – they pick winners who they believe will advance the interests of their members. In both general elections, the Corbyn leadership’s approach to MPs’ selections was ultimately no different to that of its predecessors, with minor rule changes and a continued reliance on stitch-ups.

Misremembering Corbyn’s leadership isn’t limited to newfound Starmersceptics or indeed to the left itself. Writing in the New Statesman, Martin Fletcher imagines a Starmer-led Labour party of the past five years:

“To imagine how different things might have been had Starmer, not Jeremy Corbyn, been leading Labour since 2015 is enough to make a glass eye weep. With his forensic skills, Starmer could have torn apart the flimsy case for Brexit and laid bare the lies, false promises and contradictions of the Brexiteers. Instead he spent most of his time manoeuvring the Labour Party towards support for a second referendum in the face of Corbyn’s resistance.”

As Shadow Brexit Secretary, no one was better placed to have torn apart the case for Brexit within Labour than Starmer. But that was not his job, as with immigration in 2017, Starmer promoted party policy and bears as much responsibility for the success of the 2017 Brexit policy as he does for the failure of the 2019 policy. Starmer was no secret operative working to oust Corbyn, but a loyal lieutenant trying to advance the interests of the Labour party and its leader. During the 2020 leadership election, Corbyn himself said the difference between Starmer and Long-Bailey had been “amplified” by the press.

Former Corbyn loyalists and critics alike will have to come to terms with the reality that his leadership was, for the most part, consistent with Labour Party tradition. Indeed, some of his most successful moments came when he was able to convince voters that he was more pro-police and anti-immigration than the Tories and right-wing media had claimed. One of the most successful arguments advanced by Labour in 2017 was that police cuts were the greatest tragedy of anti-austerity politics – and contributed to both terror attacks during the election campaign. Stephen Bush wrote at the time:

“[Theresa] May’s home turf turned out to have a hole in the ground: and Corbyn, whose first televised appearance at Labour Party conference was railing against the police, emerged as the more authentic-sounding champion of the security services than the longest-serving Home Secretary since 1951.”

Corbyn made gains by explicitly fighting and winning arguments on Tory terms. This strategy is always a dangerous one, as I’ve written previously, Labour trying to outdo the Tories on how authoritarian they can be is an arms race that never ends well. Whether calling for 10,000 more police officers or denouncing “wholesale” EU migration, Corbyn’s leadership oversaw a softening of rhetoric but often failed to decisively break with authoritarian policies carried over from the Miliband era.

This softening of rhetoric was equally evident in the Corbyn leadership’s approach to welfare policy. The details of the 2017 welfare policy, to keep £7bn of planned Tory welfare cuts, are unclear due to Paul Mason’s recent revelation that the 2017 manifesto “was the product of hard choices: above all between welfare and student loans (I was in the room when that discussion was had).” Whether the omission of a welfare policy in 2017 was deliberate or not is ultimately irrelevant: the omission in 2017 fed into the vagueness of the 2019 policy – where Universal Credit would be scrapped and Labour would “design an alternative system that treats people with dignity and respect.” There was nothing stopping Labour designing this alternative system before they got into government. Criticism of this lackadaisical approach was thin on the ground; both from loyalists, who touted Corbyn’s vote against the Tory welfare bill in 2015 as proof of his good intentions, and Corbynsceptics with neither the will nor the credibility to challenge the leadership on welfare policy.

The rhetoric may have appealed to members more, but Labour under Corbyn seemed afraid to actually live up to the promises of his 2015 leadership campaign. By the last year of his leadership, the Labour party was sounding more and more like the party Corbyn had so successfully defined himself against in 2015 – with Shadow Home Secretary Diane Abbott defending the party’s plans to abstain on the 2019 immigration bill which would end Freedom of Movement by tweeting “Labour wants to amend [the] bill substantially. Today isn’t a final vote!” Though the party eventually u-turned, the one-line whip to vote against simply made the explicit permission to abstain implicit and the bill passed with a majority of 63.

Corbyn’s legacy can ultimately be observed in the platform of the leadership candidate who came from his parliamentary faction (Socialist Campaign Group), Rebecca Long-Bailey, who confirmed she would be prepared to use the nuclear deterrent, keep cannabis criminalised and encouraged “pragmatism” in how Labour approaches the end of Freedom of Movement. These were not said to provoke the membership, they were and are integral elements of the Corbyn project as it existed in reality.

Stamerscepticism should not allow itself to be clouded by nostalgia for a period in which many of the very worst instincts of the party, as evidenced with immigration, crime and welfare, remained unchallenged. Along with a comprehensive failure to engage seriously with the issue of antisemitism and the worst electoral performance for Labour since 1935 – Starmer’s success depends on breaking with many of the failures of Corbynism rather than simply adding a professional sheen to them.

Any criticism which attempts to frame Starmer as distinct from these failures and posit him as the great betrayer of Corbynism fails to acknowledge the reality of his role during Corbyn’s time as leader, as a key member of the shadow cabinet. Much of Starmer’s early pro-police stances and emphasis on patriotism is not a deviation from his predecessor, but a more convincing continuation of what were often regarded as insincere attempts to speak the language of an average Labour leader under Corbyn.

Holding Starmer against a misremembered and misguided view of the last five years will result in a weak internal opposition that will be brushed aside as easily as the Corbynsceptics were. An unsentimental assessment of Corbyn’s leadership is essential if we are to see Starmer improve upon it. 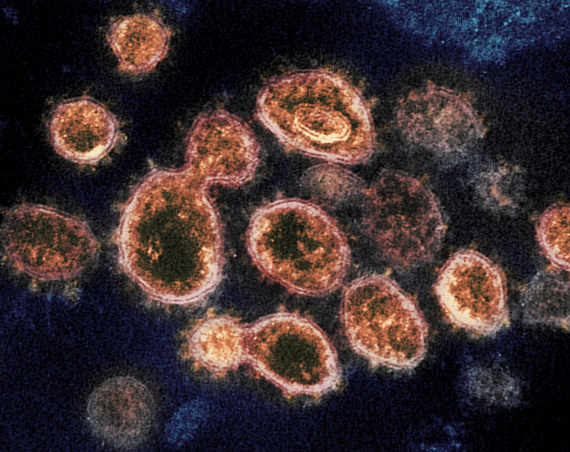