This article was originally published in Renewal.

Social democracy has put down deep roots in British popular culture; this is why Johnson’s government has instinctively favoured social democratic responses to the Covid-19 crisis. This vernacular social democracy is a potent resource which Labour can use to proclaim its vision of the good society.

Last year I published a history of post-war England focused on the key political question of how people have reconciled the competing claims of self and society in their everyday lives 1. In Me, Me, Me? , I re-analyse personal testimony collected from more than a thousand people in ten different social-science projects conducted between 1947 and 2008. But because this is a book first and foremost about how people made sense of their own lives across six decades of rapid social and cultural change, formal party politics remains largely in the background. Most of the social scientists involved in these projects may have been intensely political, but their respondents generally were not. Being faithful to their world view meant framing the project through terms more deeply embedded in vernacular usage than the totemic labels of party politics: terms such as family, community, nation, and, yes, me. But if ‘social democracy’, or even ‘Labour politics’ are not concepts that tend to turn up randomly in popular discourse, there is nonetheless plenty of evidence to support the claim that post-war ‘social democracy’ put down deep roots in British popular culture, and that these traditions remain potent resources for the left to draw upon, despite the reverses of recent years. In short, social democracy may find itself in crisis, both here and abroad, but it is far from dead.

So, what does vernacular social democracy lo ok like in modern Britain? It is often claimed that post-war welfare politics were so deeply entwined with the nationalist myths of the ‘People’s War’ that they broke asunder when obliged to adapt to the transition to a multicultural society. As we have seen in recent months, those wartime myths certainly remain potent political forces, but they did not represent the bedrock of popular so cial democracy in its heyday. When people talked about entitlement to welfare in the 1950s and 1960s they conjured up folk memories of the hungry 1930s more often than they appealed to the blood sacrifices of the two world wars. Crucially, most also worked with a narrowly contractual understanding of welfare which appears to have been based on a deep-rooted internalisation of the logic of Beveridge’s Edwardian National Insurance scheme, reinforced by even older popular distinctions between the ‘hard-working’ and the ‘idle’ poor.

A heated debate about Enoch Powell and immigration recorded between a group of Tyneside shipbuilding workers in 1968 nicely captures this outlook. When one of the blacksmiths claimed to support Powell, a workmate initially appeared to agree before commenting ‘But if they work a year before drawing National Assistance I don’t mind that’.2 Twenty years earlier, the eminent anthropologist Raymond Firth had found himself being quizzed about welfare rights in his native New Zealand by two brothers from Bermondsey. One declared himself disgusted at the inadequacy of British state pensions, arguing that after a man had ‘worked for his country’ for more than fifty years he deserved to be paid ‘enough to live on decently’ – the government, he argued, ‘ought to see that he gets more’.3 That is, if a man had worked and paid into the system for fifty years then he deserved to live out his last years secure from the threat of poverty. In addition, there was also a strong sense that the welfare system existed to protect workers from the arbitrary whim of rapacious employers. As one shipbuilding worker put it in 1968: ‘The workman doesn’t run when the gaffer comes now. A man of 50 isn’t scared because the Social Security will look after him’.4 For sure, all these quotations could be spun to appear consistent with an ethno-nationalist take on welfare politics, but in the welfare politics of this vernacular social democracy, anyone who contributed to the system by definition belonged to it. Ethnicity was irrelevant.

But it was not just the idea of collective social insurance that put down deep cultural roots in the post-war era. Crucially, Labour also found imaginative ways to popularise the idea of universal rights tied to citizenship, rather than only to financial contributions. It did this most successfully in the areas of health and housing (in education there was less to be done – Labour needed only to broaden and democra- tise established traditions of universal entitlement). Current party battles over the right to be seen as the true champions of the NHS underscore Labour’s exceptional achievement in the politics of health care, but in other fields the idea of social entitlements linked directly to citizenship has been severely eroded. Housing is now probably the most egregious case of state withdrawal, but it is important to remem- ber that historically it stood on a par with health and education as one of the vital markers of a civilised, modern state. In Me, Me, Me? we see this mind-set most clearly in the testimonies collected in 1959 from residents of Britain’s first post-war new town: Stevenage.

We see, firstly, that many Stevenage residents latched on to the powerful idea that ‘They’ – those with power and influence in society – were at last taking a keen interest in the well-being of ‘people like us’. A Labour-voting pensioner was struck that both the queen and the prime minister had recently visited the flats near his home to see how the project was progressing, commenting: ‘they’re definitely taking more interest in the working class people’.5 Besides this internalisation of the idea that ordinary people’s lives mattered, it is also striking how easily Stevenage residents appeared to reconcile the idea of collective and individual (or more often family) advancement. In post-war Stevenage the two went hand-in-hand. Grateful to have escaped the chronic overcrowding of Greater London, people saw themselves as on a shared journey of rising living standards and life chances with their fellow new town residents.

This reconciliation of individual aspiration and collective social progress represents vernacular social democracy at its best. It has some parallels with what sociologist Mike Savage has called the ‘rugged individualism’ of industrial workers during the same period.6 According to Savage, many workers embraced trade union collectivism as the best means of preserving their historic right to a measure of autonomy and independence in the workplace (and also as the best way to improve their family’s living standard).

In this sense, vernacular social democracy in Britain has always been shot through with a powerful streak of popular (small L) liberalism. This tradition has much deeper historical roots which can be traced back to the religious struggles of the seventeenth century and struggles for democracy and reform in the nineteenth and early twentieth centuries. At its heart, this popular liberalism revolves around the defence of individual liberty, family privacy, and the importance of personal autonomy. It is, in essence, Savage’s workplace ‘rugged individualism’ worked out across the culture. As Moritz Föllmer has argued, Labour needs to reclaim this strand of demotic individualism for the left if it is to reconnect with large swathes of the public. In doing so, it will also be reconnecting with a long history of serious left engagement with the idea that individuality can only flourish when people are freed from the scourge of poverty and insecurity.7

It should also be stressed that the strength of this popular liberal tradition is Labour’s best hope in combatting the right’s inevitable efforts to reignite a culture war between the party’s newly-consolidated metropolitan strongholds and its traditional areas of support in the former industrial regions of England, Scotland and Wales. The powerful hold of a quiet, non-assertive liberalism rooted in long-established ideas about ‘fair play’, ‘live and let live’, and the right to privacy and personal autonomy, should embolden Labour ’s leaders to believe that the gulf between the new identity politics of the metropolitan cities and the social values of its once loyal supporters is far from unbridgeable. They need to label attempts to sow social division for what they are: cynical Trump-style populist diversions intended to distract voters from the real issues that blight people’s lives wherever they live in Britain.8

In addition, Labour also needs to rediscover the emotional dimension at the heart of its historic appeal: its emphasis on self-respect, equality and above all the dignity of labour. That was what the party signalled by calling itself the party of ‘labour’ in the first place. This radical, egalitarian credo put moral flesh on the idea that advancing universal social rights, and ensuring public provision of essential services for all, was about upholding the equal worth and the personal dignity of all citizens. It was, in short, a way of demonstrating that for Labour each individual mattered because all mattered.

But the party should take succour from the current state of British politics. Firstly, it should note that in Scotland the SNP has demonstrated that a broadly social democratic policy platform can provide the basis for building a robust, cross-class political alliance. For sure, this has been harnessed to a powerful national story about not being like mean-spirited, ‘Tory’ England, but in a sense that’s the point: by constructing a strong national narrative the SNP has transformed a political culture which once delivered clear Conservative electoral majorities north of the border into one that appears to be anchored firmly on the (soft) left.

Labour should also take heart from the Conservative government’s instinctive responses to the current Covid-19 crisis. From the furlough scheme to emergency shelters for rough sleepers, these have represented a sort of kneejerk social democracy precisely because ministers and their advisers were quick to recognise that that was where popular sentiment lay. Ministers acted as they did because, in a crisis, the public, and indeed much of the right-wing media, expected the state to act to protect individual well-being in the name of social justice. Far from being inevitable – many societies have followed different courses – this was the power of vernacular social democracy in action. Labour needs to proclaim these instincts as its own and double down on them when Johnson’s government seeks to unwind the universalist ethos of its current interventions.

We all know that Labour has a mountain to climb in 2024. Even regaining all of its lost ‘Red Wall’ seats would not give the party a majority, especially since the long overdue redrawing of constituency boundaries is bound to make the challenge even greater. Labour needs to rebuild the sort of broad-based coalition that brought it power in 1945, 1966 and 1997. In this regard, there is much to learn from the strategies pursued by Attlee, Wilson and Blair. Above all, Labour needs to develop a new political narrative that can build on the instincts and values of vernacular social democracy. What the SNP has done for Scotland Labour must do on a pan-British scale. At its core Labour needs a clear story of renewal that is unashamed to use the language of family, place and nation – the bedrocks of identity within popular culture. On these firm foundations it can then construct a powerful vision of the good society – one in which individuals and families flourish precisely because they can rely on a safety net of universal social rights.

Jon Lawrence is Professor of Modern British History at the University of Exeter. Me, Me, Me? The Search for Community in Postwar England was published by Oxford University Press in 2019.

A podcast episode on this article and more can be found here. 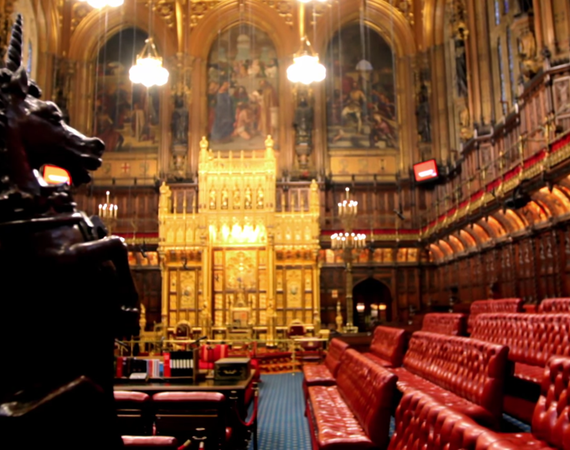 Transforming the House of Lords 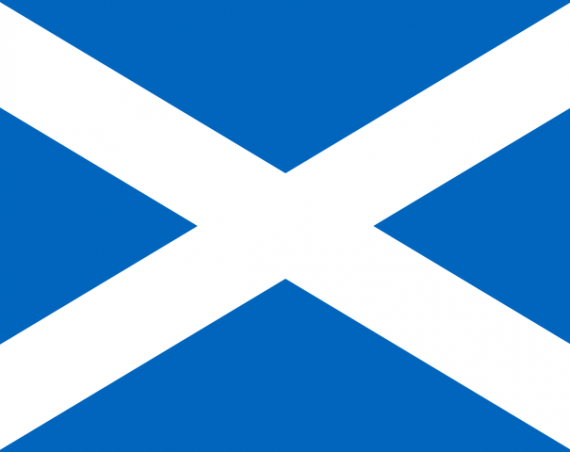